If you’ve followed my work much at all you will know that I come to an affirming position on same-sex relations in the church by following biblical trajectories to conclusions that the biblical writers themselves do not draw. In all, I see us faced with the need to rearticulate what it means to be the faithful people of God, united to Christ in whom there is no longer Jew nor Greek, slave nor free, male and female.

As I said in a previous post, I believe that this involves us in affirming an equality in creation and in Christ that undermines the male superiority arguments against same-sex relations.  The trajectory of equality, of the outworking of our identity in Christ, means that we have a responsibility to say Yes where previously the church has said No.

Here I want to talk about another facet of NT ethics that weakens the traditional position of the church: eschatology.

In Richard Hays’s landmark work on New Testament ethics, The Moral Vision of the New Testament, he shows that the grid for ethical reflection is comprised of community, cross, and new creation. My earlier argument corresponded to the cross and community pieces: the identity of the people of God is one of equality as the cross subverts worldly assessments of power and privilege. Today’s post takes up the “new creation” piece.

Richard Hays himself recognizes that when Galatians 3:28 says that in Christ there is no longer… “male and female” it is making a profound statement about the arrival of new creation. Though Hays is a traditionalist when it comes to sexuality, he sees the verse undoing any notion that creation itself establishes male superiority in a complementarian fashion. 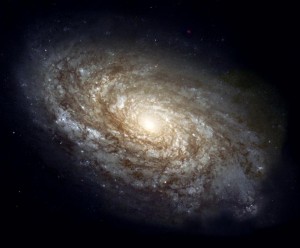 The reason for this is that Paul’s cadence changes. From saying, “No longer neither… nor…” he moves into “male and female.” The phrase he uses echoes Gen 1, when it says, “Male and female he created them.”

There are, of course, many things going on in Galatians. The most basic of these is that the marker of God’s people is no longer something carried around in distinctly male flesh (circumcision) but is shared by all (the Spirit). Paul is also arguing that all have the inheritance of Christ, the firstborn son. So equality is much more in the vein of Paul’s argument than sexuality per se.

And yet, the identity of the new creation people of God as Paul describes it entails an undoing of what was originally definitive for humanity at first creation. This is something of a counter-voice to the notion that Jesus’ articulation of the original creation story (“In the beginning God created them male and female”) establishes a permanent continuation of male-female pairing as endemic to the identity of humanity.

Now, Paul says, in Christ, there is no longer “male and female.” When old creation begins to pass, as new creation dawns, “male and female” passes as something fundamentally constitutive of our humanity. This has the potential to transform what we say about sexuality. The New Testament does not realize this potential, but I am arguing that we should.

When I say “No Children,” I’m not just talking about one of the greatest songs ever written. No, I’m talking about the complete silence of the New Testament on childbearing as a purpose for marriage.

Interpreting silence is always tricky. Sometimes people are silent about something just because it didn’t come up. Usually this is because everyone agrees about the point in question. (I think Jesus’ silence about homosexuality fits here.)

But childbearing is a critical component of male-female coupling in the Old Testament—particularly in Genesis 1 where “male and female” is requisite to the blessing “be fruitful and multiply.” And many Jews (as well as Gentiles) of the Second Temple period viewed sex as solely for the purpose of childbearing. Then there’s the absolutely prudishness about sex that runs rampant through the church fathers, once again centering the sex-act on the possibility of procreation.

But not the New Testament.

It seems to me that there are two possible reasons for the New Testament silence. Both have to do with eschatology.

Second, many of the New Testament writers thought Jesus was coming back soon. First Corinthians 7 is a great example of this. It’s where Paul is giving all sorts of instructions on sex and marriage and divorce. He assumes that married people will have children, but does not make childbearing the reason for sex. Instead, sex is to keep people from being passionate for having sex. In all, though, Paul  thinks people should not marry if they can help it because the time is short and we should all just be getting ourselves ready for Jesus’s return.

The turn of the eschatological age makes childbearing a non-issue for the religious story. This new chapter, the new creation into which we have been made participants, is an age in which the Spirit marks sonship and physical multiplication is not the way that God’s covenant promises are realized.

Heterosexual sexual intercourse is no longer necessary. Multiplication happens by the rippling out of the Spirit of God.

Procreative complementarity is not at the heart of the identity of the people of God as they fulfill their humanity.

Perhaps one more reason why Genesis 1 and its epitomization of male-female reproduction loses its centrality is that Jesus was single. Jesus recreates the family of God after his own image (Rom 8:28) without fathering physical children. This radically alters the framework by which we assess what it means to be fully human, fulfilling God’s purposes for humanity and receiving God’s full blessings in return.

It’s not about the first-creation vision of a sexually binary couple producing children.

This has dramatic implications for many people in the church: single people, celibate people, married couples who cannot have children, widows and widowers, as well as people who are intersex or gay.

Sex is Not Ultimate

In Mark 12 and parallels Jesus says that in the resurrection people will neither marry nor be given in marriage, but will be like the angels of heaven. At times I am more than tempted to agree with Joel Marcus who said about this passage:

Redeemed existence in the next life is portrayed as bodily but asexual; with such a heaven, some might argue, there will no be no further need for hell. (Marcus, Mark 8-16, p. 834)

But be that as it may, we have here another indication that the creational depiction of marriage is, at best, penultimate. It does not establish an eternal rubric to which people will be eternally conformed.

Marriage, in other words, is not justice and righteousness and equity and mercy. With somewhat more eschatological reserve than Paul, Jesus too shows us that being conformed the future that God has in store for us does not mean attaining to a married state.

That’s not what the future holds. And, we are the people of the future, charged with finding the delicate balance between living in the reality of this life and its needs and pains and grabbing hold of our eschatological future and bringing it to bear on the present.

Genesis 1 and Genesis 2 do not withstand the advent of the new creation Jesus brings about. Their significance is transformed in the consummation of the ages that Jesus begins.

A Trajectory for Gay Equality

These strands show us that it is not part of our calling as the people of God to prepare a people ready for the Lord by having everyone in marriages that will stand up to the final judgment and come out the other side intact.

The implication for the church regarding marriage is not that (straight) marriage is bad, or that reproduction is worthless, but that they are relativized because they do not determine the identity of the blessed people of God.

The implication is also that this, seemingly most basic of all human institutions, male plus female as familial unit, is not the most basic for the body of Christ, and therefore not determinative for Christ’s eschatological people.

We are free from this.

“There is no longer male and female.” We need not have physical offspring to know God’s blessing and populate the blessed people of God, Jesus was fully and completely human without being married with children. 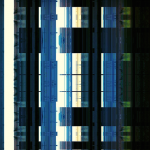 March 18, 2016 Revelation of Jesus
Recent Comments
0 | Leave a Comment
"Here is Larry Hurtado's (R.I.P.) response: https://larryhurtado.wordpr...Hurtado nailed it."
Derek A Man Attested by God: Response ..."
"Quite the contrary, the Christ Myth Theory arguments of Carrier, Price and others have been ..."
Truth Why I Am Still a Christian
"Do your own research; check out Richard Carrier, Robert M. Price, David Fitzgerald, Raphael Lataster, ..."
Spartacus Maximus Why I Am Still a Christian
""Without repentance there is no forgiveness." - Luke 17:4, Acts 3:19, 1 John 1:9"
Ocelot Aardvark Who Can Forgive Sins?
Browse Our Archives
Related posts from Storied Theology