When it comes to gay inclusion, here’s a stumbling block that many of us trip on: while there is a trajectory within scripture itself toward greater freedom for slaves and women, the Bible provides no parallels when it comes to inclusion of gays and lesbians. If anything, the New Testament makes Old Testament prohibitions stronger.

I heard this assertion on the Q “Gay Conversation” podcast. Someone asked me about it in a Facebook comment this week. And I have made the argument myself in the not too distant past. 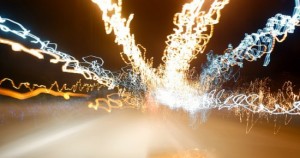 The language of “trajectories,” and the observation of the lack of a trajectory for sexual minorities comes from the book Slaves, Women, and Homosexuals by William Webb. I actually appreciate Webb’s approach very much, inasmuch as he helps us to see that the Bible sometimes has to point beyond itself to a fulfillment that is not fully worked out in its own pages. There are sometimes tensions and disputes between passages that can only be worked out through a faithful embodiment of the gospel story in ways that not even all the New Testament writers saw.

There are three ways that this happens. Today I want to look at the one most directly related to slaves and women. (Stay tuned for thoughts about sex and new creation and thoughts about eunuchs that I will shamelessly steal from Megan DeFranza.)

It doesn’t take a whole lot of digging into either the biblical text or other ancient texts to discover that when we talk about slavery and women we are actually talking about overcoming the same ancient bias. That ancient bias is expressed in what we today call “patriarchy.”

Patriarchy does not simply mean that dads rule. It does mean that. But patriarchy is far more widely reaching.

Patriarchy is shorthand for a whole web of relationships in which people who are thought to be inherently superior rule over those who are thought to be inherently inferior. Men are superior to women in virtue, self-control, rationality, and physical strength. So they should be in charge. Masters are those who have the gift of foresight and reason, inferiors who are by nature more prone to implement other people’s ideas through the work of their bodies should serve them.

Now, here’s the one thing that I hope will stick in your head and trouble you as you wrestle with the issue of sexuality and the trajectories of the New Testament: what people say about gender will (almost) always impact what they say about sex.

No Sex Among Equals

For a Roman, the parameters around sexual content were almost completely expressed through the maintenance of the patriarchal hierarchy and power relationships. Certain acts were scorned or condemned because they either (a) encroached on another Roman citizen’s right to possess his wife (therefore no sex with any Roman citizen who is not your wife), or (b) caused a superior man to play the part of a woman.

Why is “playing the part of a woman” condemned or scorned? Because women are thought to be inherently inferior. So it is a surrendering of your manhood, and literally an undoing of the social fabric, if a superior man is penetrated by the penis of a man lower on the social pecking order (pun intended).

It’s ok for a Roman man to use his male slaves to satisfy his sexual desires. But a master should never be on the receiving end of his slave’s penis. Sex must always express the social hierarchy.

What’s wrong with same-sex intercourse? It makes a man lessen himself by playing the part of a woman. It makes men shamefully “receive within themselves the due  penalty of their error,” as Paul will put it in Romans.

So where does that leave us once we have decided that men and women are equal? When we’ve ridden the (new) creation trajectory out toward the equality of men and women, such that being “unmanly” is an insult that only Mark Driscoll dares to take up as though it’s God’s own judgment, might we have pulled the thread that weaves condemnation of same-sex intercourse into the biblical narrative?

But I think that you can answer the question clearly in at least a couple of cases. Sodom and Gomorrah. What’s going on there? Is it about lust or power? Why does 1 Corinthians 6 condemn the “effeminate”? Why would being “girly” keep someone from inheriting the kingdom of God? Is that something about the order of creation in our bodies or a social expectation that men will be manly (in keeping with Paul’s admonition in 1 Cor 16, “Be men! Be strong!”)? (Dale Martin has some helpful things to say about this.)

We’ll talk about a couple other aspects of this trajectory in coming posts. Stay tuned! 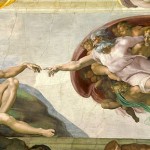 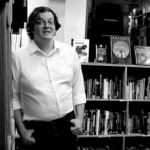