OotGOism: ‘Whoever tries to keep their life will lose it …’

Mychal Denzel Smith is writing about something specific and particular here, but the wisdom of this principle applies to all of us in one way or another: “Seeking Affirmation as a ‘Good Black Man’ Is a Bad Idea.” And this is really important.

When your self-conception is centered on the idea of your own goodness, it prevents you from hearing any critique of your ideology/behavior. Thinking of yourself as “good” allows you to justify harmful words and actions, since anything you do, in your mind, is “good.” And when the metrics for measuring “good” do not include an examination of power and privilege, and an active divestment from those thoughts and behaviors which uphold unearned (and destructive) power and privilege, “good” is meaningless.

We must gain understanding about ourselves as not “good,” nor “bad,” but products of a culture of misogyny, sexism, and patriarchy. With that as a starting point, we can begin to re-evaluate the lessons we’ve received about gender, gender identity, gender roles, and the power dynamics therein. We will be receptive to critique when we no longer believe that critique is an attack on our “goodness,” but a desire for us to achieve a humanity that respects and supports women. We will know that these conversations are going to make us uncomfortable, because they will throw into question our entire upbringings and it’s possible that everything that we have known as a universal truth will be discarded. We will have to create new selves.

He’s writing as part of an ongoing series on “Black men engaging with ideas of feminism and gender equality,” a project of the Ms. Foundation for Women and Ebony magazine. But the same lesson applies to me as a white guy (or as a straight white man, or as a cis-het, white, able, Christian, American middle-class, educated, neurotypical, privileged … etc.).

He’s talking about the temptation to want to be seen as “One of the Good Ones,” and the insidious way that desire will trap us in our idea of our selves, of our identity, such that we’ll never be able to become anything other than that — someone trying to be perceived as good. And that’s not the same thing as actually being good, or becoming good, or even just becoming better.

We white liberal types fall into this trap all the time. Well … not so much fall as leap into it, tripping over ourselves to reassure people of color that we’re One of the Good Ones. This often leads to earnest but awkwardly cringe-worthy gestures that aren’t so much products of good intentions as they are desperate pleas to be perceived as having good intentions. 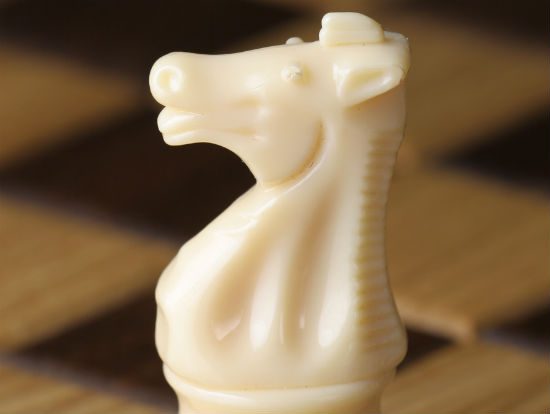 I’m not sure I will ever have the time or the wisdom to list all of the ways this impulse leads us astray, but Mychal Denzel Smith points out one of the worst such ways: “it doesn’t allow for growth.” It can’t allow for growth because it cannot afford to acknowledge the continued necessity for growth. The desire to be seen as One of the Good Ones forces every other consideration aside, and once that becomes paramount, no flaw or finitude can be acknowledged lest this OotGO status come into question. And thus, in striving to be seen as well-intentioned, we cease to be well-intentioned.

As Smith says, this makes us incapable of hearing or welcoming any critique. It makes us defensive at the very idea of critique — prickly and resentful toward those who might have the audacity to question the purity of our intentions. That path leads to the ugly and all-too-common phenomenon of the self-proclaimed “ally” who snarls and snaps when not rewarded with the cookies or gold stars he imagines he’s entitled to receive.

What I like most in Smith’s piece is his recognition that avoiding this trap, or freeing ourselves from it, requires us to “create new selves.” And what that means, first of all, is that we have to loosen our grip on the idea of ourselves that we so desperately wish to cling to — the idea that we are, already and unquestionably, One of the Good Ones.

Smith’s argument there calls to mind the words of Jesus in the Gospel of Luke: “Whoever tries to keep their life will lose it, and whoever loses their life will preserve it.” What Smith describes as “the desire to be seen and known” as One of the Good Ones becomes our identity, our self, our life. And the more we seek to keep that identity intact, the less able we will ever be to approach any real approximation of the goodness that this desire to be perceived as good distracts us from.

Whoever wants to save the perception that they are One of the Good Ones will lose it, but whoever loses their investment in that perception for the sake of something greater will find it.

* I wrestled with this when I accepted the invitation from the good folks at Truth Wins Out to participate in the “NALT Christians Project.” NALT stands for “Not All Like That,” so the whole effort was fraught with the danger of OotGOism. But it was also a very real attempt to avoid the opposite danger of by-standerism. It can be a tricky business, speaking up in support of neighbors when called on to do so without thereby declaring oneself to be an “ally” entitled to all the imagined rights and privileges and cookies thereof. I tried to thread that needle by reflecting the spotlight elsewhere in my video, putting the emphasis instead on the idea that Jesus is Not At All Like That — that Jesus was One of the Good Ones. I’m still not sure whether that worked.