Left Behind Classic Fridays, No. 79: ‘Grace and greed’

Thinking about the evangelistic sales-pitch he has just heard, Rayford sure is sure that he’s pretty sure he’s interested:

He wanted to remain sensible, yes, analytical. He wanted to study, to pray, to be sure. But wasn’t that just insurance? Could he be more sure? … He had found the truth, and Bruce was right.

We return to Rayford and Chloe driving back from the church. Apart from Rayford pestering his daughter to watch the In-Case-of-Rapture video with him, the drive is uneventful. Rayford isn’t nervous to be out on the road, he isn’t worried about their safety as they travel. He also hasn’t been watching the news or reading the papers, yet somehow, in the middle of this tranquil drive, we get this update on what that news he hasn’t been watching has been reporting:

The news was full of crime, looting, people taking advantage of the chaos. People were being shot, maimed, raped, killed. The roadways were more dangerous than ever. Emergency units were understaffed, fewer air- and ground-traffic controllers manned the airports, fewer qualified pilots and crews flew the planes.

People checked the graves of loved ones to see if their corpses had disappeared, and unscrupulous types pretended to do the same while looking for valuables that might have been buried with the wealthy. It had become an ugly world overnight …

Ugly everywhere, apparently, except the Chicago suburbs. The rest of the world, according to the news Rayford hasn’t seen, is brimming with grave robbers, father stabbers, mother rapers, father rapers and a shortage of qualified transportation personnel. But here in Wheaton there’s nothing to interrupt a leisurely drive to and from the church.

We’re told about all this debauchery and chaos not because our heroes encounter any of it, but because the authors want us to know that “Rayford was worried about his and Chloe’s safety.” Because Rayford was desperate to get himself and his daughter saved “before anything happened to them.”

That pretty much sums up the golden-ticket understanding of “salvation” that shapes Left Behind’s version of Christianity. Rayford is looking to escape Hell — maybe even to escape death like Irene did — and he’s hoping Jesus is his magical escape route.

This perspective doesn’t leave a lot of room for “Amazing grace … that saved a wretch like me.” It doesn’t much care if “Mine, mine was the transgression, but Thine the deadly pain.” That kind of penitence, gratitude and love don’t much enter into it. Jesus is just our cosmic rich daddy who pays the bail and hires the lawyers to help us beat the rap. 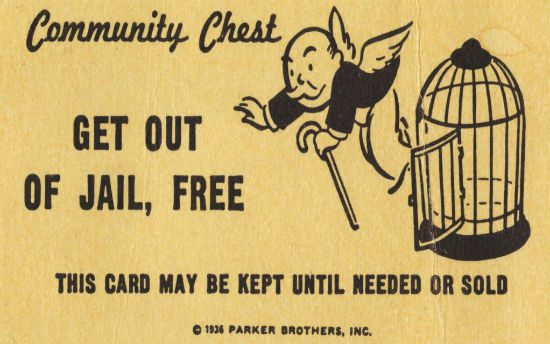 One of the amazing things about amazing grace, of course, is that such grace is extended to us even when the best that we can do is grab for this kind of get-out-of-jail-free card. That grace covers a multitude of sins — including our inability to feel or express a wholly sincere penitence or gratitude. Forgiveness and grace, by definition, are not deserved — they are offered even when our reasons for seeking them are wholly selfish and greedy.

Here again I wish that LaHaye and Jenkins were trying something more subtle and more complex. I wish they were trying to show us how even the basest motives of selfishness and self-preservation can provide an opening for the grace of God, and how such grace enables us to move beyond this shallow, desperate, greedy salvation-seeking and to grow into a right relationship shaped by love and not just by fear.

But that’s not what they’re doing here. They have no problem with the idea that salvation (or discipleship or Christianity or human existence in its entirety) is primarily about fear and self-preservation. They’re urging their readers, like Rayford, to get saved “before anything happens to them.”

On of my favorite images of God from the Bible occurs throughout the Hebrew scriptures, but is most vividly drawn in the story of the prophet Hosea. That story portrays God as a jilted husband with an unfaithful wife. That would be us, humanity, the “wife of whoredom,” in Hosea’s phrase. But God, in this story, is infinitely patient and never stops trying to woo us back. This cuckold God is still God, still the Almighty, but all that power isn’t the point of this story. A lover longs to be loved — he can woo, but he cannot coerce, because coercion cannot produce the freely given love that he seeks.

Trying to fit the vengeful God of Left Behind into Hosea’s metaphor produces a rather disturbing image. This divine lover is an angry husband, and look what we made him do. We brought it on ourselves, after all. But he promises to stop punishing us if we would just learn to do what we’re told.

April 29, 2016 Things I Have Learned Due to My Google News Alert for the Word 'Satanic'
Recent Comments
0 | Leave a Comment
Browse Our Archives
get the latest from
slacktivist
Sign up for our newsletter
POPULAR AT PATHEOS Progressive Christian
1