That’s not wrong. This is how any given “issue” tends to shake out in our two-party system. That’s why, over the past 20 years, the question of whether or not carbon traps heat is no longer a matter of chemistry, but one of party identification.

Basically, those Democrats were unsatisfied with the triple-assurance that the Affordable Care Act could not possibly result in the federal funding of abortion. The Hyde amendment, the absence of any such funding provision in the law itself, and President Obama’s supplementary executive order assuring that was the case did not satisfy them, so they fought for — and secured — the quadruple-assurance of language in the law itself restating and reaffirming that any such forbidden and non-existent funding would be extra-super forbidden. Having won that concession, they withdrew their opposition and supported the bill — for which they were targeted, aggressively, by “pro-life” advocacy groups, and subsequently drummed out of office.

Again, the history that Grant traces is not wrong, but it’s incomplete. The anti-abortion lobby’s attacks on those members of Congress changed the context for those individuals, but the larger effect of all this was from the obscene, absurd spectacle of “pro-life” having come to mean reflexive and absolute opposition to health care for the sick and the poor. This is what was most important about the 2010 event Grant highlights — it exposed “pro-life” politics as a disingenuous, partisan sham.

But the decline of the short-lived anomaly of “pro-life Democrats” doesn’t hinge entirely on that 2010 vote. It started long before that. 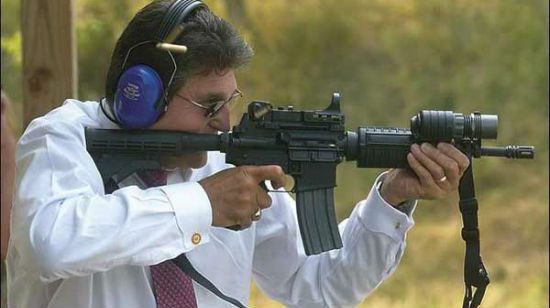 That leaves the Catholics. This is mainly what we’re talking about when we talk about the brief phenomenon of a coalition of “pro-life Democrats” — Catholic Democrats. The Catholic doctrine of full personhood from the moment of ejaculation** carried weight due to the moral authority of the church. There was a time when Catholic politicians, and Catholic voters, were obliged to submit to that moral authority, and when many were glad to do so.

But that moral authority disappeared in a SNAP.

The horror of the sexual abuse of children by clergy, and the pervasiveness of the cover-up, has obliterated the dynamic that once obliged Catholic politicians and voters to submit to the doctrine of criminalizing abortion. For most Catholic Democrats these days, church leaders’ insistence that they oppose legal abortion carries about the same weight as those same church leaders’ insistence that they defend short and strict statutes of limitations for sexual crimes against children.

So now the category of “pro-life Democrats” is no longer primarily Catholic. Now it consists mainly of folks like Joe Manchin (pictured above). Manchin is, in fact, Catholic, but his anti-abortion politics seem to have less to do with his church than with his West Virginia constituents and with his appeal to them as a “blue dog” Democrat.

For such blue dogs, anti-abortionism is a signal of their status as “social conservatives.” It’s a proxy or euphemism that signals to the sort of white voters who need to be reassured of that thing they’re thereby signaling.

And just what is that? Well, it doesn’t have anything much to do with abortion, does it?

Nowadays, being emphatically pro-gun signals that same thing more clearly than being anti-abortion, so that has become the go-to gesture for “socially conservative” Democrats. It’s a more reliable and more rewarding signal, electorally. Thus these guys are now far more likely to talk about the sanctity of the second clause of the Second Amendment than they are to talk about the “sanctity of [embryonic] life.”

Or they can just say “All lives matter.” That gets the same message across.

The abortion thing mainly comes up for them only when the implicit, unspoken actual message of all that signaling starts to become more explicit — when people start sniffing at the family tree of blue dogs descended from boll weevils descended from Dixiecrats. That makes all of this signaling and positioning start to look morally suspect and morally indefensible. Abortion politics lets them change the subject — switching to a more pious-sounding topic on which they can claim a higher moral ground. It’s a defensive move, but it’s utility as such is declining due to its ever-closer correlation with the injustices it was designed to distract from.

* This was the purpose of the creation of evangelical anti-abortionism not quite 40 years ago — to ensure and enforce partisan identity, transforming a previously religious identity into a reliable voting bloc. If that statement sounds too sweeping, please feel free to respond with a list of all the pro-choice white evangelicals permitted to remain within the tribe. Or just one name.

Yes, the tribe does allow for a tiny, “controversial” faction of white evangelicals known or suspected of voting for Democrats, but only insofar as those folks repeatedly and emphatically reaffirm their opposition to legal abortion. The number of such evangelical “Pro-Life Democrats” has thus remained both constant and inconsequential over the years. (And, in any case, Jim Wallis and Ron Sider have never been elected to public office.)

** That’s not snark. This is the official religious doctrine of the U.S. Catholic bishops as well as of Wheaton College and the retail chain Hobby Lobby — as recognized by the highest court in the land. This is what they insist they believe and what they demand we respect as their deepest religious conviction. Their faith, they say, teaches — and must teach — that the morning-after pill is not a form of contraception, but a form of abortion that involves the killing of a fully human person. That’s not a belief in human personhood beginning at conception, but of human personhood beginning at ejaculation.