These are dangerous days

That’s from a visit with Michael Collins, who took the loneliest photograph in the history of the world.

We ultimately found that NGC — with several seminar teams circling the country and clearing tens of millions of dollars each year in sales — and its memberships produced no money for any of the customers we interviewed.

Arriving at that conclusion was no great surprise. Nor was it surprising that the NGC money train would continue running well after we wrote a piece about it, which was published on the front page of The Sacramento Bee on July 5, 2006. What was remarkable — and what still feels surreal more than a decade later — is what happened near the end of our reporting.

Donald Trump waltzed into our story. 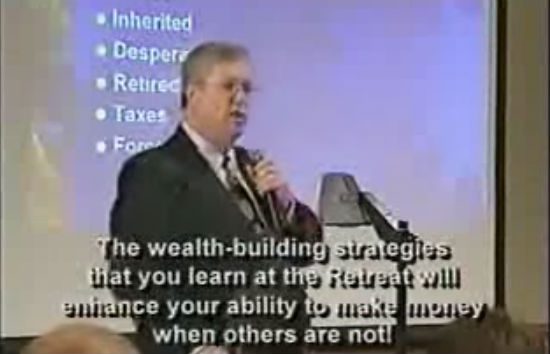 That’s just one relatively small example of why the prospect of a Trump presidency is an unprecedented threat to the republic — one that is prompting some unprecedented responses.

• See also this, from Historians Against Trump:

Historians Against Trump does not align itself with any political party or candidate. Many among us do not identify as activists and have never before taken part in such a campaign. We are history professors, school teachers, public historians and museum professionals, independent scholars and graduate students. We are united by the belief that the candidacy of Donald J. Trump poses a threat to American democracy.

• Last month was the 60th anniversary of America’s interstate highway system. It’s now approaching retirement age thanks to a generation that’s also entering retirement age and that generation’s decision to make the interstate highway system — and the rest of America’s public infrastructure — the subject of a gigantic death bet.

The highway system — like our power grid, our bridges, tunnels, and water mains — was built to last. But it was not built to last forever without ongoing investment in maintenance and repair. That investment costs money. But — and here’s where the death bet comes in — all of that infrastructure will still manage to survive for quite some time without that money and maintenance and investment. It’s probably good for a whole generation of use and enjoyment before the lack of investment to maintain it starts to show and it begins to fall apart. So it was possible for the first generation after the highway system was built to decide not to invest in it — to keep that money for itself, instead, as tax breaks. Sure, that deferred maintenance will come back to bite future generations, with interest, who will have to invest far more just to have the same basic infrastructure the free-riding generation relied on, but that will be their problem. By that point, the free-riders will have won their death bet, so they won’t need to care.

• “It’s all middle game.” A bunch of researchers have attempted to measure the effect of boredom on political views. I’m not sure how compelling their studies may be, but their thesis is intriguing: Bored people are more attracted to extremist politics. Boredom makes us more reckless — more willing to knock things over just to see what happens next.

Or, as Chesterton put it, “There comes a time in the late afternoon, when the children tire of their games. It is then that they turn to torturing the cat.”

• “So much of what we know about the Philistines is told by their enemies, by the people who were fighting them or killing them. … Now, for the first time at a site like Ashkelon, we’ll really be able to tell their story by the things they left behind for us.”

This is a very cool discovery.

• Sinead O’Connor had a habit of saying things before most others were ready to hear them.