GILES: It’s the end of the world.

GILES: It’s the end of the world, everyone dies. It’s rather important really.

WILLOW: So what do we do?

BUFFY: I stop it.

… Carpathia met the eyes of every person in the room, at least briefly. He never looked down, never looked away, never looked up. … Anytime he spoke to a member of the press he referred to them by name as Mr. or Ms. so-and-so. …

We get a full page of that, followed by this just-when-you-thought-it-was-safe sentence:

The initial pleasantries over, Carpathia launched into another minispeech, again showing incredible knowledge and grasp of the U.N. and its mission.

This is followed by, yes, another full page of Nicolae explaining his dream-category for Jeopardy! (“I’ll take multilateral institutions for $400, Alex …”) All of which is Tim LaHaye and Jerry Jenkins’ way of warning readers that the United Nations is eeevil. It exists in the present, they believe, only so that it can one day play the role they imagine it will play in the future as the launching pad for the one world government of the Antichrist and the reign of Hell.

Carpathia’s fondest memory regarding the U.N. involves the phrase that L&J believe confirmed their dark suspicions:

With the end of the Cold War in the 1990s, however, your next president, Mr. Bush, recognized what he called the ‘new world order,’ which resonated deep within my young heart. …

Carpathia went on to discuss the various peacekeeping military actions the U.N. had taken since the Korean conflict of the 1950s. …

It’s hard to know what to make of this, or of the capsule history of the U.N. that follows. Carpathia is the Antichrist, and that “Anti-” prefix seems like a strong indicator that he shouldn’t be considered a reliable narrator. But he’s not reliably unreliable. He speaks favorably of the phrase “new world order,” and it seems clear that we’re supposed to read this as a signal that this is something nefarious. Yet in the next breath he speaks favorably of the U.N.’s peacekeeping history and it’s role in Korea and it’s hard to tell whether or not we’re supposed to agree.

Along the East River, from the razed slaughterhouses of Turtle Bay, as though in a race with the spectral flight of planes, men are carving out the permanent headquarters of the United Nations …

This race — this race between the destroying planes and the struggling Parliament of Man — it sticks in all our heads. The city at last perfectly illustrates both the universal dilemma and the general solution, this riddle in steel and stone is at once the perfect target and the perfect demonstration of nonviolence, of racial brotherhood, this lofty target scraping the skies and meeting the destroying planes halfway, home of all people and all nations, capital of everything, housing the deliberations by which the planes are to be stayed and their errand forestalled.

Oops, sorry. That, of course, is not from Left Behind. That’s actually from E.B. White’s prescient essay, “Here Is New York.”

White viewed the U.N. with hopeful admiration. L&J view it, instead, as a tool of Satan. They convey this view by having Mr. Anti praise the institution in terms that echo the sentiments, if not the style, of White’s essay:

“As you know,” he said, speaking again of things long before he was born, “the U.N. has its legacy in the League of Nations, which I believe was the first international peacekeeping body. It came about at the end of the First World War, but when it failed to prevent a second, it became anachronistic. Out of that failure came the United Nations, which must remain strong to prevent World War III, which would result in the end of life as we know it.”

My guess is that Jenkins found the word “anachronistic” in his thesaurus and latched onto it without bothering to learn its actual denotation and connotations. What he seems to mean here is something more like “obsolete” or “irrelevant.”

The misuse of this particular word to convey this particular meaning is rather telling. L&J are premillennial dispensationalists, meaning they follow a complex interpretive scheme that emphasizes certain “prophetic” passages. If you accept that their interpretation of these passages is true, then you must also accept that these same passages were not true, or at least did not apply, for everyone who ever read that scripture from the time it was written until now. Other passages, such as the Sermon on the Mount, are interpreted as belonging to a future dispensation — the millennial kingdom of Christ — and as such are, today, both irrelevant and anachronistic. So you can see how these two concepts might be closely regarded for L&J.

The thing that does seem anachronistic in Carpathia’s statement is the reference to “World War III” as a future potentiality. In LB, World War III has already happened — we read about it in a flashback back on pages 9-15 (see earlier, “The Literal Donkey’s Penis” and “The Babel Fish”). That war — a full-scale nuclear assault on Israel (don’t worry, no one there was injured) — resulted in the destruction of a permanent member of the U.N. Security Council by the visible hand of God. As we’ll see confirmed in the next section, L&J have forgotten all about this. 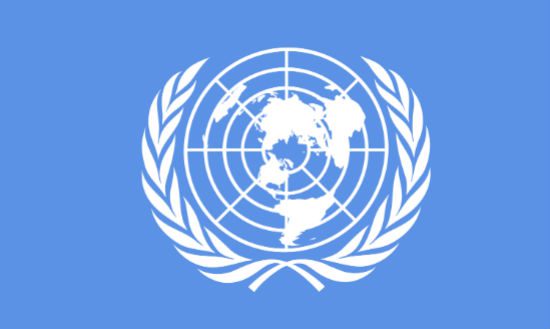 All that aside, this paragraph again raises the question of what we are to make of the things Nicolae says. If Rayford Steele or the Rev. Bruce Barnes had said, “We must prevent World War III, which would result in the end of life as we know it” then we would know that the authors agreed with the statement. But since these words are placed in the mouth of Mr. Anti, it appears that the authors want us to disagree.

This is part of what makes this book so deeply strange. It presents us with seemingly familiar figures: the arch-villain seeking to destroy the world, the heroes who oppose the arch-villain. In most such stories, the heroes succeed in thwarting the villain’s plot — they dismantle the bomb, re-seal the Hellmouth, fend off Galactus or save the cheerleader to save the world. That’s what makes them heroes.

But here, the heroes do not — cannot — succeed, because the end of the world is divinely preordained. The arch-villain, the Antichrist, is playing a necessary role in this divine drama. In fact, he is the protagonist here — the one moving the action along toward its inevitable conclusion. The authors regard that conclusion — doomsday, the end of the world — as a happy ending.

The authors are eager to see this happy ending occur, not just in their fiction, but in real life. It’s no wonder, then, that they hold the opposite view from E.B. White’s admiration of the United Nations. In the race he describes, LaHaye and Jenkins are cheering for the destroying planes.

October 17, 2016 Consent is necessary. This is not complicated.
Recent Comments
0 | Leave a Comment
Browse Our Archives
get the latest from
slacktivist
Sign up for our newsletter
POPULAR AT PATHEOS Progressive Christian
1