Consent is necessary. This is not complicated.

Consent is necessary. This is not complicated. October 17, 2016 Fred Clark

I will be repeating myself here because apparently this needs to be repeated: Consent is necessary. This is the first, unavoidable aspect of any sexual ethics or ethical sex. It starts with consent.

But every time we repeat that simple, modest claim, we get denounced by so-called “conservatives” who go off on mighty rants condemning us as though we had said something very different. Those rants all rail against the idea that consent is sufficient — that it is the whole, and only, aspect of any sexual ethics or ethical sex. That ethics ends with consent.

Their bewilderment is bewildering. What is it about the conservative mindset that prevents them from being able to grasp this fundamental distinction? This is pretty elementary stuff, after all — necessary vs. sufficient is literally Chapter 1 textbook stuff in Logic or Ethics 101. More than that, it’s a basic distinction every student has to grasp before even signing up for such courses lest they mistakenly think that signing up for such Pre-req 101 courses means they’ve completed all the requirements for their major.

Again, not complicated. Whether or not they use the precise terminology, this necessary vs. sufficient distinction is something conservatives understand and are capable of applying when it comes to a thousand other things. But not to sex. Something in their brains recoils and misfires, and every repeated assertion of the necessity of consent provokes a boilerplate rant condemning the foolish “liberal” idea that consent is sufficient.

The left will promote and understand and tolerate anything, as long as there is one element. Do you know what it is? Consent. … If there is consent on both or all three or all four, however many are involved in the sex act, it’s perfectly fine – whatever it is. But if the left ever senses and smells that there’s no consent in part of the equation then here come the rape police. … Consent is the magic key to the left.

Limbaugh somehow managed to recite this rant without using the stock phrase used in 99 percent of its incarnations: “Anything goes!” But that’s still his argument — that “the left” believes that as long as there’s consent, then “anything goes.”

This same obtuseness — the same hostile inability to understand the necessity of consent — can be seen in the thousands of social media posts from “conservative” Christians eagerly pointing out “liberal hypocrisy” over the use of the word “pussy.” It’s hypocritical, they insist, for “liberals” to be upset with Donald Trump for saying the word pussy when so many others they don’t criticize are using that word too. Why, Beyoncé herself uses that word in a song! 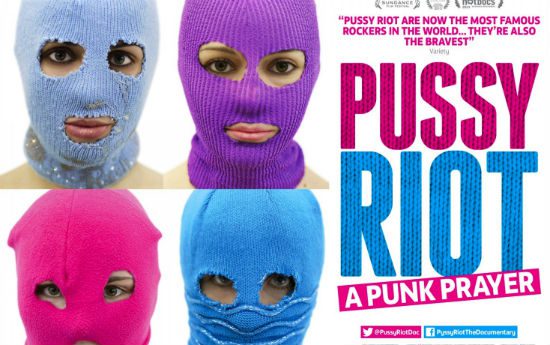 Their confusion and incomprehension seems genuine. They seriously seem to believe that Trump’s comments were upsetting to others solely because he uttered the word “pussy” — completely overlooking what the rest of the world found deplorable, that he was boasting of sexual assault, of grabbing women “by the pussy” without their consent. Such staggering incomprehension is only possible due to these “conservative” folks’ utter inability to grasp the necessity of consent.

We see this same incomprehension manifested in many other ways, such as the constant appalling refrain from religious right types that not criminalizing same-sex couples will inevitably result in legalizing pedophilia and bestiality. Apart from the deliberate cruelty of that claim, it’s simply dumb — appealing only to those unable and unwilling to understand the meaning and primacy of consent.

The stubborn conservative refusal to understand this is as weird as it is frustrating. The idea is so utterly simple and basic, but it just makes them angry. Just look at that astonishing statement from Limbaugh. He’s furious about a basic tent of criminal law, blaming some conspiracy of “the left” for the idea that the absence of consent is what distinguishes rape as a crime. It’s easy to get so distracted by the offensiveness of his remarks there that one can miss noticing how unfathomably stupid that is.

So you “leftists” are saying that sex without consent is rape? Well, yes. That is what we’re saying, and also what criminal statutes in every state say, because that’s what these words mean. Yet even when he’s repeating that back to us, he’s unable to understand it.

What accounts for this angry incomprehension?

I suspect in part this dates back a generation, to conservative backlash against hippies and Woodstock and Aquarian fantasies about free love — the 1960s version of an idea that has always periodically emerged in various would-be utopian communities throughout history. So part of why conservatives can’t hear us when we say “consent is necessary” is because they’re too busy arguing with the vestigial hippies in their heads.

The logic of this two-part assertion often leads to some ugly conclusions — such as the refusal to accept that raping one’s spouse is possible. But set aside the ghastlier implications of this way of thinking for now and consider the self-defeating nature of this two-part claim. This is a big reason why the defenders of “traditional sexual morality” have been unable to defend traditional sexual morality. Specifically, they’re so focused on defending the claim that marriage is sufficient, that they have failed to make any case that marriage is necessary.

This undermines their purported traditional morality in two important ways. First by distorting it — the claim that marital status alone is sufficient goes beyond, and thereby obliterates, the very ideas they’re trying to defend (just consider any traditional marriage vows — which consist of far more than, “OK, you’re married now so anything goes!”). And second by preventing them from paying any attention to the need to defend the necessity of marriage, which ought to be the essence of their argument.

This indefensible notion of the sufficiency of marriage is, I think, a major driver of their hostility to accepting the necessity of consent. If marriage is, in itself, sufficient, then nothing else can be necessary. Not consent, or dignity, or safety, or fidelity, or love, or a prudent concern for not scaring the horses. So they cannot accept or acknowledge or engage with the necessity of consent because that would force them to concede that their claims for the “sanctity of marriage” mean something other than the all-sufficiency of marriage and that they’re actually going to have to think responsibly about this stuff rather than just relying on the binary categories of married/not-married to do all their thinking for them.

I’m not going to do all of their homework for them, but it seems to me that what these folks ought to be doing is making a positive case for the necessity of marriage. That seems much more like what they want to be arguing for, but they’ll never be able to do so until they accept and acknowledge that marital status cannot be the only necessary consideration.

For the record, I think that marriage can be an excellent framework for supporting and nurturing the many things that ethical sex and sexual ethics require. I am not convinced it is the only such framework. In the parlance of our conservative neighbors, I could thus be said to have “rejected” or “abandoned” traditional morality.

Fair enough, but they should recognize that I have done so, in part, because they have refused to offer an argument not to — focusing instead on their indefensible, and ultimately odious, claim that marriage is not just necessary but sufficient. That has led them to reject the necessity of consent and, thereby, to equate their “traditional morality” with the defense of sexual assault. Their rejection of the necessity of consent, in other words, makes their traditional morality seem immoral.

October 17, 2016 The past is gone but something might be found to take its place
Recent Comments
0 | Leave a Comment
Browse Our Archives
get the latest from
slacktivist
Sign up for our newsletter
POPULAR AT PATHEOS Progressive Christian
1