Days before the presidential election, James Alefantis, owner of a local pizza restaurant called Comet Ping Pong, noticed an unusual spike in the number of his Instagram followers.

Within hours, menacing messages like “we’re on to you” began appearing in his Instagram feed. In the ensuing days, hundreds of death threats — one read “I will kill you personally” — started arriving via texts, Facebook and Twitter. All of them alleged something that made Mr. Alefantis’s jaw drop: that Comet Ping Pong was the home base of a child abuse ring led by Hillary Clinton and her campaign chief, John D. Podesta. 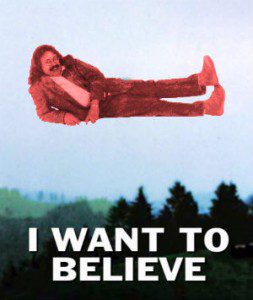 When Mr. Alefantis discovered that his employees were getting similar abusive messages, he looked online to unravel the accusations. He found dozens of made-up articles about Mrs. Clinton kidnapping, molesting and trafficking children in the restaurant’s back rooms. The articles appeared on Facebook and on websites such as The New Nationalist and The Vigilant Citizen, with one headline blaring: “Pizzagate: How 4Chan Uncovered the Sick World of Washington’s Occult Elite.”

None of it was true. While Mr. Alefantis has some prominent Democratic friends in Washington and was a supporter of Mrs. Clinton, he has never met her, does not sell or abuse children, and is not being investigated by law enforcement for any of these claims. He and his 40 employees had unwittingly become real people caught in the middle of a storm of fake news.

… The misinformation has continued to spread, growing into a theory known as #pizzagate that has traveled to Ireland. At one point, Comet’s staff counted five #pizzagate Twitter posts a minute. As recently as Sunday night, the Twitter message “Don’t let up. #PizzaGate EVERYWHERE” was reposted and liked hundreds of times.

“It’s like trying to shoot a swarm of bees with one gun,” said Bryce Reh, Comet’s general manager, whose wife asked him to leave his job because of the threats and vulgar messages they both have received on their social media accounts.

This isn’t “fake news.” This isn’t a matter of misinformation.

It’s an ancient game of slander in service of self-gratification. None of the people pretending to be upset about an imaginary child-trafficking ring at a Washington pizzeria are actually angry. They’re acting angry, but this is bad acting. It’s acting that looks like acting. (“Never let them catch you acting,” Spencer Tracy said.)

Nor are any of these people concerned — at all — about the imaginary children they are pretending are being trafficked and abused by this imaginary ring of Satanic child-molesters. One cannot be upset about children that one knows do not exist.

That’s the precise and direct lineage of this. And it has nothing to do with “fake news.”

This is not that. The folks spreading “PizzaGate” lies know that they’re spreading lies. They know they’re pretending, and playing a game, because they enjoy it.

That’s the essential point that’s missing in most discussions of these immoral “moral panics.” Whether we’re talking about witch-hunters in Salem, or Warnke-citing prosecutors in a 1980s daycare center case, or that guy at your church forwarding emails about Planned Parenthood “selling baby parts,” there’s no actual panic in these panics. Fear and outrage are not the main factors. They’re having fun. They’re enjoying this. It delights them. For those whose lives lack any meaning or purpose, a make-pretend session of feigned indignation over imaginary outrages is the closest thing they’ll ever taste to emotional fulfillment.

So they play this game. And they know it’s nothing more than a game. And they dimly realize that playing that game shrivels your soul, destroys the lives of others, and ultimately gets other people killed. But for participants in the game, all of that is outweighed by the emotional kick provided by pretending that you’re a good, brave person standing up against the most despicable evils imaginable.

Alas, the most despicable evils imaginable tend not to be very imaginative. That’s why this game always looks the same — Us vs. the Satanic baby-killers. After all, what’s the fun in imagining oneself as a heroic opponent of jay-walkers or parking-ticket scofflaws? To indulge in the most self-serving and most self-gratifying fantasy, you need to pretend you’re up against a superlative evil. That always tends toward Satan. And the victims of that evil need to be the sweetest, most innocent victims imaginable — babies. And so every variation of this game winds up looking the same: Satanic baby-killers.

It’s such a cliché at this point that it would be laughable, or boring, if it weren’t also so massively harmful and so spiritually toxic.