There are thousands of hunters in the region who have been enlisted by the military on an ad hoc basis. But Bakari Gombi is one of only a handful of women involved and she has become a heroine for hunters and local people alike. Her gallantry has won her the title “queen hunter”

… The 38-year-old leads a command of men aged 15-30 who communicate using sign language, animal sounds and even birdsong.

“Boko Haram know me and fear me,” says Bakari Gombi whose band of hunters has rescued hundreds of men, women and children.

• This week we learned of a possible terror plot in Georgia involving the use of the deadly poison ricin. Fortunately, the plot was foiled when white supremacist William Christopher Gibbs checked himself into the hospital suffering from ricin poisoning. (Ricin is naturally occurring, but happily not easy to weaponize.)

Gibbs told authorities he was “experimenting” with the toxin. The FBI is investigating why he was doing that. But white supremacists playing with toxins are not a priority for the FBI under the Trump administration and the Sessions Justice Department.

The Trump/Sessions FBI has other priorities — such as sucking up to energy companies by forming a task force to investigate water protectors at Standing Rock. This is Hoover-level stuff — neglecting legitimate law enforcement to focus, instead, on authoritarian witch-hunts against people of color.

• Ain’t no corruption like Alabama Republican corruption: “It was a flight of fancy, a worst-case-scenario, a sick little fantasy of what it might be like to be inside the mind of a lonely, desperate man trying to save himself. … And then it all came true.”

• Speaking of corruption, the possible explanations for Michael Flynn’s dishonesty and coziness with the Putin regime are down to two. Either he is a full-on Russian agent, or he is utterly incompetent and ignorant about national security matters. We also seem to be down to the same two possible explanations for the behavior of the president and vice president who looked at Flynn and decided he should be appointed as national security adviser. 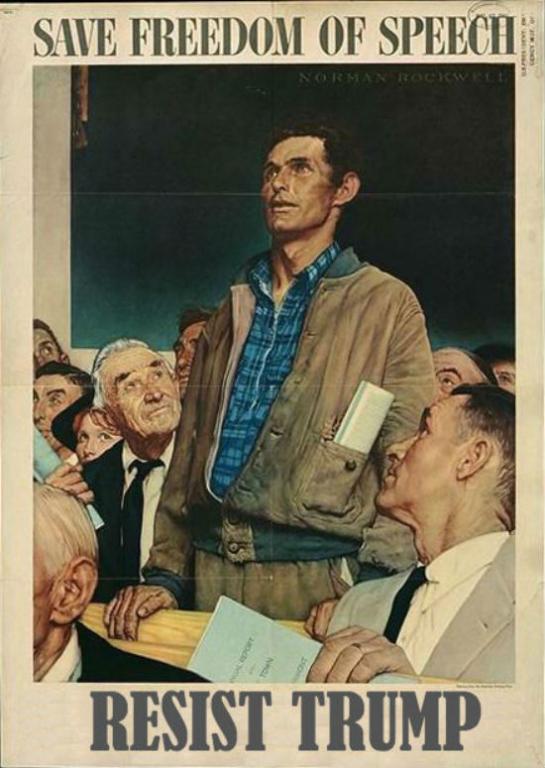 • Dishonesty is not an impenetrable, inscrutable mystery. We don’t need to be “mind-readers” to evaluate whether someone’s statements and purported motivations are credible. We can just look at their behavior.

Simple “if … then” tests are easy to formulate and apply, rendering claims about motive knowable and falsifiable. IF you really hate the Yankees, as you say, THEN you obviously would not purchase season tickets every year, you wouldn’t spend $400 on a team replica jersey, you wouldn’t wear it every day, and you wouldn’t decorate your home with framed, autographed memorabilia from Yankee players. But since you have, in fact, purchased season tickets, and you do in fact wear that expensive jersey every day, and your home is in fact a shrine to Jeter and Mariano, then we can conclude — conclusively — that you’re being dishonest when you say you hate the Yankees.

No mind-reading required. We can know that your claim to hate the Yankees is dishonest.

Similarly, IF you claim to be concerned about “protecting the lives of the unborn,” THEN you ought to be leading the fight for the pregnant workers fairness acts. But IF you’re really more concerned with controlling women’s lives and policing their decisions and their sexuality, THEN you will oppose such laws wherever they are introduced.