“We learned how strong we’d become from the force of the opposition that rose against us.”

“OK, are we going to count the people that come in then, as a blessing or a curse?”

“These children are among 6,000 of Texas’ most vulnerable patients whose lives may have been put at risk by the state’s effort to cut Medicaid costs, their parents say.”

“I don’t think there’s any guarantee for the family of the 6-year-old boy.”

“Despite Horthy’s WWII-era legacy … wearing the medal was not necessarily seen as an endorsement of that leader’s anti-Semitic views.”

“Bild apologizes expressly for the untruthful article and the accusations made in it.”

“You won’t see the KKK charged with domestic terror even though that’s what they do.”

“The status of ethics in an administration tends to reflect the character of the chief executive, regardless of the rules in place at the time.”

“What was Flynn talking about with the Russians during the campaign?”

“Here, in convenient list form, are the 30 small questions and three big ones about Donald Trump and Russia.” 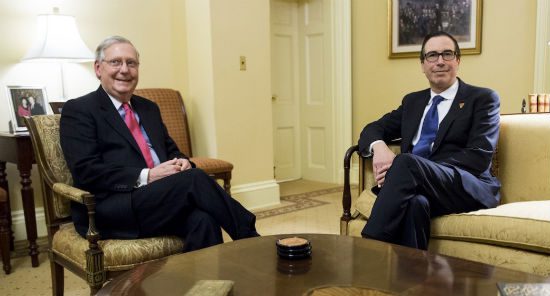 “The American military has failed to publicly disclose potentially thousands of lethal airstrikes conducted over several years in Iraq, Syria and Afghanistan, a Military Times investigation has revealed.”

“It is particularly focused on demonizing people who are refugees.”

“The rally took place at the Canada Christian College, an evangelical institution I’d never heard of before.”

“The [more than 50] bomb threats occurred against a backdrop of rising anti-Semitic hate crimes in the nation and the refusal of President Trump to address the issue or to disavow the anti-Semites who say they are invigorated by his electoral victory.”

“The agents apparently detained the woman Feb. 9 after receiving a tip, possibly from her alleged abuser.”

“It is one of the most serious examples of governmental misconduct that I have come across in my 40 years of practice.”

“The future of the Consumer Financial Protection Bureau continues to remain in question with yet another attack being lobbed at the Bureau this week as [Republican] lawmakers introduced new legislation both in the House and Senate that would abolish the agency.”

“He had also violated federal regulations around wage theft with his own employees, and threatened to replace workers with machines since, as he put it, ‘there’s never a slip-and-fall, or an age, sex, or race discrimination case.'”

“At the same time that it is Trump’s biggest known creditor, Deutsche is in frequent contact with multiple federal regulators.”

“‘During Obama, for eight years, I suffered, was unemployed, dependent on my wife’s income,’ he said. Trump got him a job. He is still unemployed now, but he just enrolled in Liberty University to study divinity. It’s just a matter of time.”

“If businesses are forced to pay women the same as male earnings, that means they will have to reduce the pay for the men they employ.”

“The Trump administration, it seems, wasn’t altogether impressed with the site or its awards.”

February 22, 2017 Trump is the logical outcome of the white evangelical narrative of decline
Recent Comments
0 | Leave a Comment
Browse Our Archives
get the latest from
slacktivist
Sign up for our newsletter
POPULAR AT PATHEOS Progressive Christian
1