The audacious claim that we are not shaped by history

The audacious claim that we are not shaped by history March 21, 2017 Fred Clark

One of the fundamental precepts of white evangelical Christianity is so essential, foundational, integral, and pervasive that it never needs to be spoken of or even consciously acknowledged. Yet it is implicit in every facet of white evangelicalism. It is woven into every aspect of evangelical culture, theology, piety, practice, worship, hermeneutics, revivalism, biblicism, politics, and consumption.

That claim is this: Hundreds of years of slavery and a century of Jim Crow oppression had no effect on the shape of American Christianity.

But there it is, the unspoken belief underlying all of present-day white evangelical culture and theology. It is assumed to exist as it is and as it ought to be, without having been shaped by or influenced by or adapted in any way for centuries of flagrant injustice in the American Holocaust. 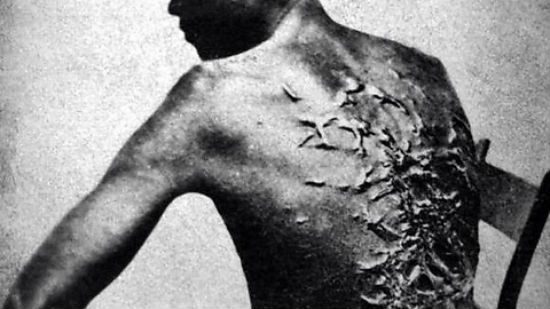 Pointing out the existence of this underlying belief tends to get white evangelicals upset. They get defensive, denying their denial and denying anyone else’s right to deny them their denial. (To be fair, this fundamental principle of denial is not at all unique to white evangelical Christians. It’s a fundamental precept for the rest of white American culture, too. See, for example, policing, or the Electoral College, or housing, or labor, or banking, or …)

The idea that centuries of slavery and Jim Crow did not in any way fundamentally shape white evangelical Christianity in America is so obviously impossible that simply mentioning the existence of this assumption is tantamount to rejecting it. That’s certainly how white evangelicals react whenever anyone is rude enough to mention it. If one says, for example, that the teaching and conduct of literalist, inerrantist, “plenary verbal inspiration” biblical interpretation is carried out based on the assumption that it was in no way shaped or designed or affected by centuries of slavery, they will respond as if this were an accusation, rather than an observation.

And that’s not wrong. Because the observation is so obviously true that it leads directly to the implicit accusation, i.e., that this approach to biblical interpretation is, in fact, heavily influenced by — and a product of — centuries of slave-keeping. And that accusation is seen as offensive.

This is the weird thing about that defensive offendedness — the weird thing about this entire undergirding assumption that centuries of slavery had no effect or influence on white evangelicalism. I appreciate that acknowledging that pervasive, omnipresent influence is unsettling. I appreciate that it’s unpleasant to be forced to contemplate the way one’s entire “worldview” (to use a favorite white evangelical buzzword) might be the legacy of cruel sin and injustice. But the opposite idea ought to be even more unsettling and even more unpleasant to contemplate.

Consider what it would mean if this fundamental underlying assumption were actually true — if it were not a form of escapist denial but rather an accurate description of white evangelical theology and culture. Consider what it would mean if, in fact, white evangelical Christianity in America was not significantly shaped and influenced by centuries of slavery. That would mean this theology and culture were, for centuries, wholly compatible with atrocity and injustice. Or, at best, it would mean that they are inconsequentially tangential and irrelevant to history just as history has been only inconsequentially tangential and irrelevant to them.

If that is the case, then no one should bother listening as you go on to defend such an ethereal and impotent irrelevancy by declaring it to be the best and most proper form of theology. You’ve already told them it doesn’t matter — that it has never mattered, and never will.

I think it has mattered, and that it does matter. Which is to say I think it has been shaped by centuries of injustice, and that it continues to be shaped by it, and will continue in that deformed state, indefinitely, unless we begin to seriously contend with that reality.

Anyway, this mini-rant was prompted by reading Sarah Posner’s disturbing look at the oxymoronic category of “alt-right Christians.” Here’s a taste of that:

To alt-right Christians, Trump’s appeal isn’t based on the kind of social-issue litmus tests long favored by the religious right. According to Brad Griffin, a white supremacist activist in Alabama, “the average evangelical, not-too-religious Southerner who’s sort of a populist” was drawn to Trump primarily “because they like the attitude.” Besides, he adds, many on the Christian right don’t necessarily describe themselves as “evangelical” for theological reasons; it’s more “a tribal marker for a lot of these people.”

Before the election, Griffin worried that white evangelicals would find his “Southern nationalist” views problematic. But Trump’s decisive victory over Russell Moore reassured him. “It seems like evangelicals really didn’t follow Moore’s lead at all,” Griffin says. “All these pastors and whatnot went in there and said Trump’s a racist, a bigot, and a fascist and all this, and their followers didn’t listen to them.”

There is no way of knowing how many Americans consider themselves to be alt-right Christians — the term is so new, even those who agree with Spencer and Griffin probably wouldn’t use it to describe themselves. But there is plenty of evidence that white evangelical voters are more receptive than nonevangelicals to the ideas that drive the alt-right. According to an exit poll of Republican voters in the South Carolina primary, evangelicals were much more likely to support banning Muslims from the United States, creating a database of Muslim citizens, and flying the Confederate flag at the state capitol. Thirty-eight percent of evangelicals told pollsters that they wished the South had won the Civil War — more than twice the number of nonevangelicals who held that view.