The Defenders of Slavery Taught us How to Bible

The Defenders of Slavery Taught us How to Bible June 29, 2017 Fred Clark

The “debates” he’s talking about are the endless and unendable arguments over the handful of clobber texts cited as the exclusively authoritative final Words of God on subjects like the role of women in the church or the ethical status of LGBT people. They’re not really debates at all, because debates eventually end, and these never do.

The only such exegetical debate to ever really go away was the one that dominated American Christianity for the first century of this nation’s life. The exegetical debate over the clobber-texts used to defend American chattel slavery wasn’t settled by some conclusive book or study or monograph on the subject, but by the surrender of the Confederate Army at Appomattox. It was laid to rest, as Mark Noll wrote, by “those consummate theologians, the Reverend Doctors Ulysses S. Grant and William Tecumseh Sherman.”

Consider the ongoing “debate” over texts employed to prohibit women from preaching or leading in the church. Those opposed to such roles for women — the so-called “complementarians” — are basically the Washington Generals of Bible debates (except the Generals won that one game back in 1971). But losing all those debates doesn’t matter — the point isn’t to settle anything, just to keep debating. Forever.

I respect the patience and thoroughness of the biblical scholars who seem willing, every time, to take a deep breath and re-engage in such debates with the clobber-texters. I admire their work, their effort and erudition, their painstaking respect for the scriptures they study. But I don’t think that approach is helping.

We can’t exegete our way to justice.

We also can’t have meaningful exegetical discussions with people who do not share our hermeneutic. Especially not when those people insist on pretending that they do not have or need a hermeneutic of their own.

Which brings us to an even more basic problem with these endless “Bible debates”: they reinforce a confused and confusing idea about how to Bible. They’re based on the misleading premise that this is the way to read and understand and interpret the meaning of scripture. First, isolate the key passages that mention the disputed topic, then dissect those passages in granular detail.

This isn’t how we read anything else. It barely counts as reading at all, but is more of a sub-literate form of concordance-ism. It treats the Bible the way politicos treat those tell-all books that come out after every big campaign. They turn to the index, look up their own name, and then read whatever pages mention them. Then they all pretend they’ve read the entire book. “Studied” it, even.

Where did anybody get the idea that this was a useful or meaningful approach to reading and study?

It goes back to that early American “Bible debate” referred to above — the one that led to, and ended with, the Civil War. It’s a way of reading and appealing to the Bible that was designed in an attempt to defend the indefensible: American slavery. This peculiar institution wouldn’t easy to defend on biblical grounds. Sure, the Bible is an artifact of the ancient world, and various forms of slavery were a constant part of the ancient societies of those by whom and for whom its various books were written. But none of those forms were analogous to the brutal lifelong chattel system that was woven into American life. Wherever one turned in the Bible — the Gospels, the prophets, the Psalms, the histories, the wisdom literature, the apocalyptics, the epistles — one could find ample condemnation of everything that slave system produced and depended on. It was simply irreconcilable with the Golden Rule.

And everybody knew it. Yes. They did.

So there wasn’t much prospect for a “Bible debate” on the matter.

“What’s the name of the first book of the Bible?”

“And what’s the name of the second book of the Bible?”

You’re reading this as part of a culture shaped by centuries of diligent work by the “biblical” defenders of slavery and their exegetical heirs. They are the people who taught us white Christians (and white former Christians) how to Bible.

And because, like most of us, you probably learned how to Bible from those defenders of slavery, your mind right this very moment is likely doing just what they’ve taught it to do — leaping to cite the handful of isolated clobber-texts that might be employed as a defense of slavery and considering that those passages should by some undefined mechanism be understood as outweighing and negating everything else — the Golden Rule, the Gospels, the prophets, the Jubilee, the entire book of Acts, and all of the major themes and trajectories and values of all of the book apart from that handful of weaponized texts.

That’s what they taught us to do. That’s the way they taught us how to Bible. But it’s not how Christians used to Bible. (The biblical writers themselves certainly didn’t Bible this way.) It’s a way to read and interpret the Bible that had to be invented. It had to be crafted, and relentlessly propagated to make it seem compelling. 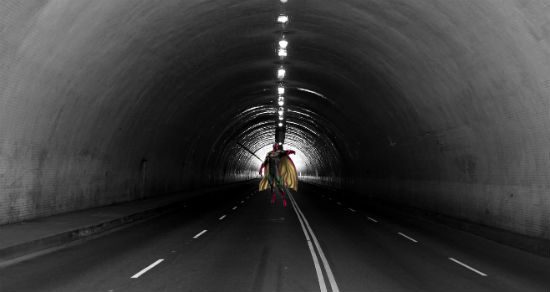 Even today, this seems to be the only way that most white American Christians know how to Bible — even though it’s not the way we read or interpret any other text. That’s why it’s the only approach to the Bible permitted in our current “Bible debates” on the status of women or of LGBT folk and their relationships.

This approach makes us all a little less literate and a little less smart. It prevents us — forbids us — from seeing and making connections, only permitting us to consider isolated passages in isolation. This isn’t just due to the paramount, trump-card significance attributed to those carefully curated clobber-texts, but due to the clumsy concordance-ism by which those few texts are chosen.

Consider the actual mechanism at work in that “Bible debate” over slavery. Consult the concordance and look up passages containing the words “slavery” or “slave.” But don’t look up passages containing the words “kidnap” or “captive” or “rape” or “oppression” or “bondage” or “justice” or “theft” or “wages” or “children.” Those passages are not allowed to be considered. The idea of a “biblical defense” of slavery only became possible once it was painstakingly extracted from the otherwise inextricable fact that such a defense would require a “biblical defense” of kidnapping, torture, theft, rape, abuse, oppression, and the forced destruction of families.

Concordance-ism, in other words, does as much to distort our understanding of the “controversial subject” being debated as it does to distort our ability to read written language and understand it. And so these ongoing “Bible debates” shaped by the ideology of concordance-ism aren’t likely to help any of us better understand either what the Bible says or whatever it is we imagine we’re “debating.”

William Stell has the right idea. Walk away.

June 30, 2017 LBCF, No. 141: 'Cruel to be kind, 1'
Recent Comments
0 | Leave a Comment
"The press report that the Arizona election audit widened Biden's victory margin (in Maricopa County?) ..."
stewart A night with Lot in Sodom: ..."
"And I found the recipe!!"
dejlah And in Samaria, and unto the ..."
"And if you use too much, things taste very very weird. Especially if you use ..."
dejlah And in Samaria, and unto the ..."
"Concerning the first link: The localized gentry and the jet-setting oligarchs both comprise America's One ..."
Happy Noodle Boy A night with Lot in Sodom: ..."
Browse Our Archives
get the latest updates from
slacktivist
and the Patheos
Progressive Christian
Channel
POPULAR AT PATHEOS Progressive Christian
1