“He is precisely the kind of person who you would not want to be stuck next to at a party.”

“The designation is a result of ADF’s propagation of known falsehoods about LGBT people over the years … its demonization of LGBT people, its support of criminalization of gay sex in the U.S. and abroad and its continued attempts to create state and local policies and legislation … that allow Christians to deny goods and services to LGBT people in the public sphere and marginalize LGBT students in schools. The SPLC does not name groups to its anti-LGBT hate list simply for having biblical objections to homosexuality or for opposing same-sex marriage.”

“Bank-backed lawmakers in both the House and Senate are now planning to pass fast-track legislation that would undo these protections and make sure banks retain their ‘get out of jail free’ card.”

“Let’s ask anyone who appeared on To Catch a Predator how that argument holds up in court.”

“So of course, Tucker Carlson, who is NOT a Nazi apologist, had a whole big segment about the Gypsies.”

“It’s unclear how many hours Plascencia was detained by federal authorities, but she insists she repeatedly asserted her citizenship to deputies and ICE agents.”

“I expect that the agency believes that there is no one in the White House or DHS that is going to tell them ‘No. Don’t do this.'”

“People with disabilities, low-income children and adults, and the elderly are facing a life-or-death situation.”

“A party that prides itself on being ‘prolife’ and standing up for ‘family values’ is taking hypocrisy to new heights.”

“If anything, they’re honoring Christianity by encouraging people to be more like the Jesus of the Bible instead of like evangelical conservatives who don’t seem to give a damn how much people will suffer if they lose their health insurance and can’t get decent, affordable coverage.” 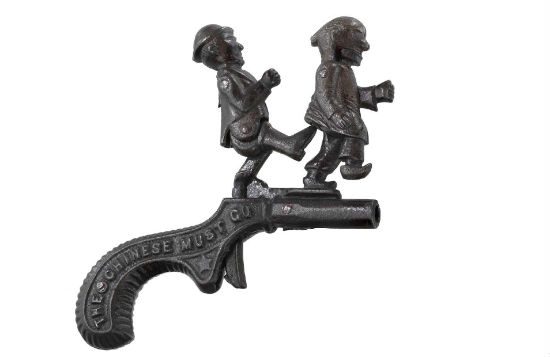 “Trump could try to stop the sales of German cars in the U.S. But that would involve shutting down a bunch of factories on American soil that employ American workers and use a lot of U.S.-produced parts.”

“No, most likely the primary control knob is the ocean waters and this environment that we live in.”

“How did this once-touted project — pitched and promoted by then-Gov. Mike Pence as a model for smart infrastructure planning — become such an embarrassing mess?”

“When the 2012 tax plan was passed, we were told it would be a shot of adrenaline into the heart of the Kansas economy, and instead we’ve seen the opposite happen.”

“What Brownback’s tax cuts have accomplished is to have created a crisis of catastrophic proportions for state residents.”

“Many of them are True Believers who will ride the supply-side, anti-government tiger deep into the jungle of no return even if it means the destruction of their communities and the deaths of their loved ones.”

“If you do not return the attached card within 30 days, you will be moved to an inactive [voter] status.”

“Tribe and race over country is the core of white nationalism, and racists can embrace Robert E. Lee in good conscience. The question is why anyone else would.”

“Yes, you read that right. You may not need an abortion because maybe you will just have a miscarriage.”

“Obviously, there’s no possible defense for consumerist wank voting at this historical moment. But if you insist on it — if you just don’t care about the countless victims of Republican governance — find a better object for your ballot booth onanism than this.

July 27, 2017 Avoiding the Barnum-esque Rip-off of the Ark Encounter
Recent Comments
0 | Leave a Comment
"If you tried to decline the draft as a conscientious objector, a common punishment was ..."
Daniel McLellan 10/5 Flashback: I wish I was ..."
"Having now read your blog I realize that your DFRPG is different from my DFRPG. ..."
Dan Audy Sign o’ the times, mess with ..."
"Huh, false memories are a PitA."
Daniel McLellan 10/5 Flashback: I wish I was ..."
"Futurama did it better.Fixed!https://uploads.disquscdn.c..."
reynard61 Smart people saying smart things (10.5.22)
Browse Our Archives
Related posts from slacktivist