Everybody knows that the captain lied

Everybody knows that the captain lied October 10, 2017 Fred Clark

The other big current story with an “everybody knows” angle is just as disturbing, but in a different way. This one involves Sen. Bob Corker of Tennessee, who has decided not to run for re-election. Corker seems to have found this liberating — speaking with newfound bluntness and candor about the president nominated and elected to lead his own party.

Corker’s remarks made the news due to his estimation of President Trump — that he is an ignorant, mendacious, reckless man who threatens the health of the nation and who threatens to kill millions by starting World War III.

Oh, and before Clinton spent months saying all those Corker-esque things, on TV and in print, we had a full year of Jeb Bush, Ted Cruz, Marco Rubio, Lindsey Graham, John Kasich, Evan McMullin, and a host of other prominent Republicans and conservatives saying the very same things. Donald Trump is unfit to serve as president. Everybody knew. Everybody knows. 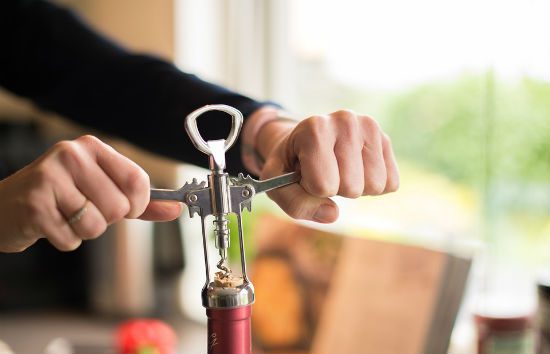 So what’s really news about Corker rehashing all of this now is that it’s being said again after Trump’s inauguration by a high-ranking white, male Republican senator who is willing to state this truth in public, on the record, by name.

Vox’s Andrew Prokop notes “The bizarre situation where only retiring Republicans will talk about Trump’s fitness for office“:

Corker only felt empowered to make such a bold critique after he had decided to retire rather than run for reelection in 2018 (as he announced at the end of last month). Only Corker’s liberation from the concerns of electoral politics, it seems, has motivated him to say what he truly thinks.

His GOP colleagues in the Senate, though, are not so liberated. So though Corker has also asserted that “the vast majority” of his fellow Republican senators understand “what we’re dealing with here” — that they share his concerns about Trump’s temperament — most of them remain hesitant to publicly discuss the issue in public.

Because of that reticence, the discussion about what potentially to do about a president who according to some is dangerously unstable has been choked off. So the seriousness of the dangers Corker is warning about — World War III! — doesn’t seem matched by a similarly serious proposed remedy.

Because he’s not running for re-election, Corker is free to speak without fear of losing votes. The New York Times’ Jonathan Martin and Mark Landler described him this way:

In a 25-minute conversation, Mr. Corker, speaking carefully and purposefully, seemed to almost find cathartic satisfaction by portraying Mr. Trump in terms that most senior Republicans use only in private.

Corker’s fellow Republican senators are afraid — afraid of losing votes, afraid of Steve Bannon’s dishonest right-wing media attacks, afraid of incurring the slings and arrows of a thousand online trolls and bots, afraid of offending the basket of deplorables and the basket-case Mercers that now make up a necessary bloc of their electoral base. And because they are afraid they are unwilling to stand by their words and to state what they know to be true publicly.

And they do know. Everybody knows.

All but inviting his colleagues to join him in speaking out about the president, Mr. Corker said his concerns about Mr. Trump were shared by nearly every Senate Republican.

As for the tweets that set off the feud on Sunday morning, Mr. Corker expressed a measure of powerlessness.

“I don’t know why the president tweets out things that are not true,” he said. “You know he does it, everyone knows he does it, but he does.”

Republican senators know what everybody knows — that Donald Trump lies all the time, about everything; that he remains utterly ignorant about and uninterested in policy; that he is incapable of the most basic tasks of administration; and that he is a reckless, petulant gob of resentment who might easily start an unnecessary and devastating war.

And because they are senators — because, like Corker, they have had to deal with the president directly — they know this better and in greater tangible detail than most people. They are personally and intimately familiar with mountains of evidence confirming that Donald Trump is unfit for the office of president and that he is never going to change or grow or “pivot” into anything other than what he has always been.

But, unlike Corker, “the vast majority” of the Republican caucus will not say so by name, in public.

This is a Bad Thing for everyone involved. It’s bad for the country because it prevents any meaningful action to prevent Trump from continuing to erode our democratic institutions and public trust, and enables him to continue fumbling aimlessly as, for example, Americans die in Puerto Rico due to his self-absorbed incompetence. And it’s bad for these Republican senators themselves — forcing them to divorce what they know to be true from what they are willing to say in public. That creates a festering duplicity — forcing them to change what they say based on who is listening and whether or not it’s on the record.

And that has to eat at you. Even if you’re a Senate Republican. Even if you’re someone like Mitch McConnell or Marco Rubio who hasn’t previously demonstrated much of a capacity for conscience or for being bothered by such duplicity. Stifling oneself is stifling. They have to be, on some level, envious of the “cathartic satisfaction” their un-corked colleague is now enjoying.

Like in that other “everybody knows” story we discussed yesterday, these senators know something important and refuse to talk about it. That puts others at risk. It allows a reckless predator to continue wreaking havoc, unchecked. And it harms the soul of those who know but refuse to speak in a way that’s more damaging than any of the feared consequences that now prevent them from speaking up.

Say what you know. As John M. Ford told us, “Bear witness. Iterate.” It tends to be liberating for yourself and for others.

* Corker’s statement about “the vast majority of our caucus” also contains a disturbing implication, which is that a minority of his caucus does not understand what we’re dealing with here. He is telling us something else that everybody knows: That we have “a few people” who are sitting Republican senators who are not capable of recognizing Trump’s lies as lies, who do not understand the difference between competent governance and whatever it is Trump is doing, and who, like Trump himself, are apparently incapable of learning or changing or adapting to reality. The likely election of Roy Moore in Alabama will increase the size of this dangerously dim faction in the GOP caucus. This is Bad.

October 9, 2017
Everybody knows the deal is rotten
Next Post