I can somewhat relate to the situation Buck Williams faces here. You’ve probably faced a similar dilemma yourself.

Your friend finally seems happy. She’s Met Someone and she’s caught up in the excitement. All she needs from you just now is for you to share that enthusiasm and unqualified happiness, but you can’t do that because you know the guy, or you know something about him — you heard some stories from his third ex-wife, or you recognize him from an episode of Cops. But whatever this cautionary information is — his past infidelities or his arrest record, his incomplete rehab stint or the reasons why he can never return to Canada — you’re going to have to be the bearer of bad news, and that’s never pleasant.

That’s the situation Buck is in here with Hattie. Buck’s situation is even more awkward, in fact, since he’s the one who actually introduced her to the special someone she’s now so excited to see. Now Buck faces the unpleasant task of having to tell Hattie that the guy she thinks is Mr. Right is really Mr. Antichrist. That’s the subtext here for the final phone call before the final showdown here in Volume 1:

“Hattie,” he said, “you’re going to get a call inviting you to New York.”

“They wanted me to ask you, but I told them to do it themselves.”

“They” here would mean Steve Plank. Or maybe Steve and Chaim Rosenzweig on speaker phone.

Although it’s strange to rely on your press secretary or your Nobel laureate lackey to ask someone out, I do have to give Nicolae some credit here for not contacting Hattie personally and thus, apparently, refraining from using his mind-control mojo to pick up women. Then again, it’s still not clear how his powers of super-charisma work — Could he mind-whammy Hattie from a different time zone? Do his powers work over the phone? Can he channel this power to work through Steve? — so maybe he is being secretly coercive, bending her to his will through some means we just can’t see at work.

“They want you to see Carpathia again, provide him some companionship next week if you’re free.”

She laughed. “Right, I’m going to turn down a date with the most powerful man in the world? I don’t think so.”

“That would be my advice.”

Buck has several very good answers to that question. Why should she turn down an apparently innocent invitation from the “Sexiest Man Alive”? Well, for starters, because he’s the Antichrist, the Beast from the abyss of Hell bent on mass slaughter and the destruction of all that is good. That would seem to be a good reason to caution Hattie not to date the guy.

Buck might be reluctant to just come right out and say that, though. He knows that Hattie has already heard all about the Antichrist from Rayford (twice), and that she didn’t find such talk very persuasive. But Buck doesn’t need to talk about end times prophecies to answer Hattie’s question. He could simply tell her about Nicolae’s involvement in the deaths of Dirk Burton, Alan Tompkins and Eric Miller. He could tell her about his shady past in Romania and the suspicious death of his business rival. He could tell her about Nicolae’s dubious back-channel bribery to ensure the removal of the previous secretary-general. He could, in other words, talk for hours about all the reasons that no one in their right mind should consider dating this murderous megalomaniac without ever even having to get around to mentioning that, oh yeah and by the way, he’s also the Antichrist.

But Buck doesn’t do any of that. Instead, he says this:

“Because you don’t strike me as that kind of girl.”

“That kind of girl,” I take it, means here the same sort of thing it always means — morally suspect, loose, cheap, concupiscent. The “kind of girl” upon whom young men’s “wild oats” are sown, leaving them forever morally tarnished. (The girls are left tarnished, that is, the young men, well, boys will be boys — or at least that’s how it seems to be viewed by the sorts of people who use the phrase “that kind of girl.”) 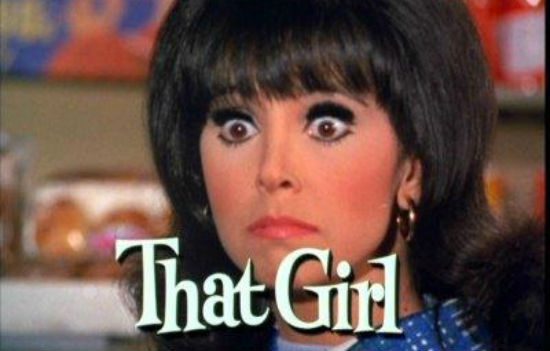 I really can’t figure out, though, why Hattie accepting Nicolae’s invitation to New York would make her “that kind of girl.” The only way that could be true is if we interpret “provide him some companionship” as a euphemism for something exclusively sexual. I’m reminded again of Eric Idle in Monty Python’s “Nudge, Nudge” sketch, licking his lips, winking salaciously and leering like a dirty old man. This apparently was how Steve must have sounded when he extended Nicolae’s invitation: “… to New York to ‘provide him some companionship,’ know whatahmean, know whatahmean? Companionship, eh? A nod’s as good as a wink to a blind bat, eh? Com-panion-ship? He asked him knowingly …”

Hattie, we should remember, has been completely chaste for at least the past year or however long it’s been since Rayford started stringing her along as the “woman he had never touched.” Now she’s being told that accepting a public dinner date with a universally respected world leader would mean she’s some kind of slut. She’s entitled to a bit of indignation:

“First, I’m not a girl. I’m almost as old as you are, and I don’t need a parent or legal guardian.”

“You’re not my friend, Buck. It was obvious you don’t even like me. I tried to shove you off on Rayford Steele’s little girl, and I’m not sure you even had the brains to pick up on that.”

Once again I find myself applauding where the authors don’t intend as Meta-Hattie struggles to make herself heard. Meta-Hattie is ticked off at Buck here, so she lashes out and mischaracterizes her earlier match-making. She hadn’t really just been trying to “shove him off” onto Chloe, of course, that’s almost never what motivates match-making in the real world. In the real world, it’s usually due to fondness, affection and a desire to make others happy.

That explanation makes the most sense here. Hattie liked Chloe, and while she wasn’t interested in Buck, he seemed like an OK guy, so she nudged them together in the hopes that they might find some happiness. It turns out she was right, they’re perfect together — even if Buck, Chloe and the authors never give her any credit for that. Now, after she’s helped him find happiness, Buck turns around and tries to deny her her own shot at it. This is the thanks she gets?

But I don’t think that’s what the authors intend us to take from this passage. I think they want us to read “I tried to shove you off on Rayford Steele’s little girl” as a literal and accurate representation of Hattie’s earlier motives, rather than as a way of saying something more like, “You’re making me regret I ever set you up with poor Chloe.”

Buck could clear all this up easily just by telling Hattie what he knows, telling her why Nicolae Carpathia is an exceptionally bad guy to get involved with (Antichrist, murderer, etc.).

And the authors make it clear that they share Buck’s opinion:

“Hattie, maybe I don’t know you. But you don’t seem the type who would allow herself to be taken advantage of by a stranger.”

“You’re pretty much a stranger, and you’re trying to tell me what to do.”

“Well, are you that kind of a person? By not passing along the invitation, was I protecting you from something you might enjoy?”

“You better believe it.”

Buck shook his head and leaned back in his chair …

We readers are intended, apparently, to share Buck’s head-shaking, condescending pity for this loose woman. What I find myself wondering, instead, is how the human race could possibly continue if the authors’ concept of morality were universally embraced. They are not merely saying that sex before marriage is immoral, they’re saying that dating before marriage is immoral. Seriously, how is that supposed to work?

Buck wondered what Rayford or Chloe would do if they knew Hattie had been invited to New York to be Carpathia’s companion for a few days. In the end, he decided it was none of his, or their, business.

If Buck Williams worked for the National Weather Service he would never issue a tornado warning. When he spotted a tornado, he’d just tell residents to go to their shelters because only sluts walk around outside and you wouldn’t want people to think you were “that kind of girl.”

December 14, 2017
An all-American story ends in violent death
Next Post

December 15, 2017 Some notes and rules for a Christmas music playlist
Recent Comments
0 | Leave a Comment
Browse Our Archives
get the latest from
slacktivist
Sign up for our newsletter
POPULAR AT PATHEOS Progressive Christian
1