Postcards from the class and culture wars (1.15)

“It’s because of their character makeup — their genetics and that.”

“After the analyst revealed that her parents are Korean, Trump turned to an adviser in the room and seemed to suggest her ethnicity should determine her career path, asking why the ‘pretty Korean lady’ isn’t negotiating with North Korea on his administration’s behalf, the officials said.”

“This display of heads placed on spikes stretched over 60 miles.”

“Yet despite all that — an email trail, a confession, and an admission from the suspect that he knew he was breaking the law — the FBI let him go.”

“The people responsible for devastating the area don’t actually have to live there and experience the consequences of their actions.”

“In 2006, Dairy Farmers of America got rid of its private jet after it became too controversial, but today its executives are still doing quite well for themselves.

“The pay would be below the prevailing wage in many areas. And workers’ legal status would be tied to their employers, preventing them from quitting to seek higher wages or better conditions.” 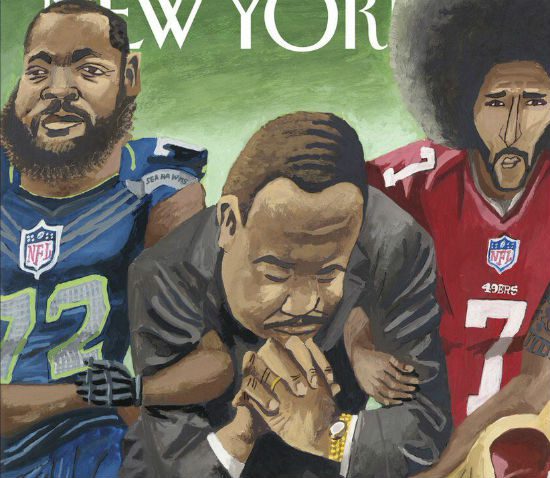 “It’s about who is allowed to be a part of America — and whether changes to the country’s makeup are healthy demographic development or a sign of uncontrolled invasion.”

“It’s a new front in the voter suppression battles.”

“Operation Rescue announced … that it was declaring Trump the winner of its 2017 ‘pro-life person of the year’ award.”

“If you’re curious who’s writing all of these checks to the president’s business, and what they’re telling him during private audiences at Mar-a-Lago, too bad: Trump World won’t disclose that information.”

“It’s always only the little people, like defamation plaintiffs, who get nailed by stupid technical tax glitches.”

“The Internal Revenue Service (IRS) spent millions of dollars over the past financial year to contract private debt collectors that targeted some of Americas poorest citizens for unpaid taxes and only recovered a small fraction of the funds they were supposed to return to the agency.”

“When I asked Kolodny how much of the blame Purdue bears for the current public-health crisis, he responded, ‘The lion’s share.'”

“We have to go back, but at least they can do is give us the money back they owe us; the money we paid. These are our benefits that we worked very hard for. If they force us to leave without giving us our benefits, that’s stealing.”

“Two South Carolina lawmakers want to erect a monument on the State House grounds to African-Americans who served the state as Confederate soldiers. But records show the state never accepted nor recognized armed African-American soldiers during the Civil War.”

“I believe that Mexico will pay for the wall. I have a very good relationship with Mexico.”

“He had rigged his reel backward, so that the line was coming out of the top of the reel.”

“Students had discovered through social media that Conte was ‘a member of the alt-right movement‘ under an ‘alternate identity.'”

“The Bible was being used as a primary source, and you had to recall scripture to make sense of what you were seeing.”

January 16, 2018 I Want To Love, But It Comes Out Wrong
Recent Comments
0 | Leave a Comment
Browse Our Archives
get the latest from
slacktivist
Sign up for our newsletter
POPULAR AT PATHEOS Progressive Christian
1