Sotah as Solomonic Theater (When the Bible Commands Abortion, Part 2)

(Picking up where we left off, from part 1 here.)

I should say, again, that I very much do not like Numbers 5:11-31. This ugly passage — the Sotah, the Ordeal of the Bitter Waters — is not one I enjoy acknowledging as a part of the canon of my faith. I find it gross and cruel and disturbing.

But it’s there. It’s scripture, holy writ. This is something the Bible says and those of us who revere the Bible as scripture have to contend with that.

My own approach to this particular passage follows an old line of rabbinical argument that subverts the apparent meaning of this ritual. This suggests that — contra that NIV subtitle about “The Test for an Unfaithful Wife” — this ritual wasn’t really meant as a way to deal with the problem of an unfaithful wife so much as to deal with the fragile masculinity of a suspicious husband. The idea is that Numbers 5 doesn’t outline the rules for a Trial By Ordeal so much as provide the script for an elaborate bit of theater designed to force a husband consumed by baseless jealousy to stop mistreating his wife. 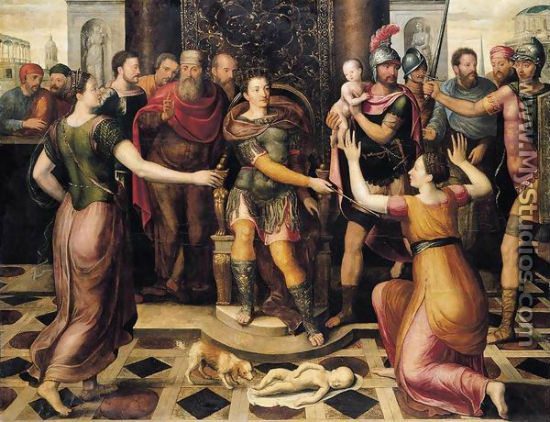 This subversive reading may seem like a bit of a stretch, but we can find support for it in the text itself. Consider the initial description of the situation. There are no witnesses, no evidence supporting the husband’s suspicions, but yet Numbers 5 says the man is overcome by his “feelings of jealousy.”

This man is thus required to present an offering at the tabernacle — “a grain offering for jealousy.” If the whole process winds up confirming this husband’s suspicions then, we’re told, “the husband will be innocent of any wrongdoing.” The implication of that is that if the ritual does not confirm his suspicions, then he will not be innocent of wrongdoing. He will be guilty of jealousy and of wrongly suspecting and wrongly accusing his wife. The initial grain offering for jealousy could be seen as presuming that’s the case. This sacrifice — admitting and paying the penalty for such wrongdoing — is paid at the outset by the husband. (And the passage never provides for a refund if his jealousy is later validated by proof of a divinely commanded abortion.)

Now the woman is there, with the priest, in the tabernacle. Set aside the bitter waters and its weird component ingredients. Forget those for the moment and just look at what the priest and the woman are saying in this ritual. The conversation is elaborately choreographed, but the heart of it is the priest gives the woman the opportunity to accept or to deny her husband’s accusations. She swears on the gift before the altar and is asked to affirm that oath with, essentially, “Cross my heart and hope to die.”

The woman’s denial — given under oath, in the holiest of places, under threat of the severest of consequences — seems enough to satisfy the priest. But it wouldn’t be sufficient to satisfy her husband. That husband, after all, is so swept up in his “feelings of jealousy” that he doesn’t believe a word his wife says. That’s why he dragged her to the priest in the first place.

The husband is the problem here. The husband’s jealousy is the thing that needs to be corrected and that is the problem that the priest and the woman, together, are about to address by “proving” her innocence through the trial by ordeal.

What does this ordeal involve? Walking through fire? Being made to drink poison?

No. It involves having to drink some dirty water that the ritual theatrically presents as a possible poison.

But it’s not that. It’s just dirty water. Drinking dirty water is unpleasant, but not really dangerous — not even for a pregnant woman. This is, after all, a relatively clean kind of dirt. It’s not the loamy, fecund soil that might be teeming with nasty dysentery-causing bacteria. It’s just dust. Nobody wants to drink even a little bit of dingy, dust-tinted water, but it’s not going to kill you. Nor is it actually going to induce a miscarriage. Not even after you add whatever trace amounts of soot, acacia, balsam gum, or whatever else they were using for ancient ink that might have been added to the mix during the whole wash-the-curses-off-the-scroll bit.

So, then, what happens is the woman swears her innocence, and then she and the priest recite some words and mix some dirt into a bit of water and she drinks it. Her abdomen does not swell up. She doesn’t miscarry.

Her innocence is thereby proved, authoritatively and publicly, to her husband and he will thus be forced to abandon his baseless feelings of jealousy. The woman’s future fertility will reaffirm this proof, further demonstrating that he was wrong to suspect her. Drinking a bit of dirty water might have seemed like a small price to pay for vindication in the eyes of her husband and better treatment from him in the future.

If it seems too anachronistic to imagine that these ancient people could have been confident that this dirty water was not, in itself, harmful or capable of deliberately inducing a miscarriage (i.e., an abortion), then bear in mind that this concoction didn’t start out as just plain water. It was holy water. Yes, the priest and the woman both surely believed in the efficacy of miraculous, divine power invoked by curses on a scroll and by the sacred dust of the sacred tabernacle. So did the author of Numbers. But they also all surely believed in the sacred, miraculous efficacy of holy water. Even if they believed that the dirty water was miraculously transformed into a conditional curse upon the guilty, they could also be certain, due to her sacred oath of innocence, that it would not harm her or end her pregnancy.

Numbers 5, in other words, might be a sneaky bit of Solomonic theater. Remember the story of wise King Solomon and the two women arguing over whose child was living? Solomon wasn’t really going to hack that baby in half with a sword. He was just threatening to do so — or pretending to threaten to do so — as a theatrical way of demonstrating the truth. Maybe the trial by ordeal described in Numbers 5 is like that. Maybe God wasn’t commanding his priests to perform abortions on unfaithful wives any more than Solomon was commanding his soldiers to cut infants in two.

I acknowledge that this subversive reading of the passage is perhaps somewhat strained. It’s just exactly the sort of creative reading that gets me accused of “liberalism” by the kinds of evangelicals who now forbid me to number myself among them. This fits the pattern of a long-running argument between me and them in which we consider passages that, at first, appear sternly patriarchal or even misogynistic, and then I endorse an alternative reading that inverts that patriarchal interpretation, finding something subversively almost feminist in their meaning (that is, at least, for ancient-world values of feminism). My attempts to defend such alternative, subversive readings are usually met with dismissal and derision, often accompanied by the accusation that they prove I’ve “rejected the authority of the clear teaching of scripture.”

I get that dynamic. But in this case, here in Numbers 5, they may want to make an exception and agree with this interpretation rather than sticking to the crude, blunt literalism they usually require.

Because here in this passage, a creative, subversive reading might be the only way for them to contend with what their proof-texting, pretend-we-don’t-need-a-hermeneutic hermeneutic would otherwise force them to conclude from Numbers 5. If they want to strictly adhere to their usual formula of “the authority of the clear teaching of scripture,” then reading this passage puts them in an intolerably uncomfortable spot.

Because, if we take this “literally” in the way they use that term, then here is the Bible itself, clearly stating that God commanded abortion. Performed by a priest. In the tabernacle. This passage “literally” says that abortion is mandatory for unfaithful wives.

(Or, I suppose, proof-texting, outlawing-abortion-is-the-cornerstone-of-our-faith white evangelicals could just stick with the approach they’ve previously taken, and just go on pretending that Numbers 5 doesn’t exist. That’s worked out well for them so far, so why change now?) 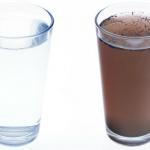 February 3, 2018
When the Bible Commands Abortion (Part 1)
Next Post