But there’s also another factor at work here, one Gasaway describes delicately with that term “markers”: “Along with identifying as ‘pro-life,’ remaining traditional on sexual ethics was one of the important markers for their ‘evangelical’ identity.”

Within white evangelicalism — and progressive evangelicals are, and desire to remain, within white evangelicalism — these markers are required “stances.” And that requirement is enforced. Deviate from these stances and you will lose access to the biggest donors in the white evangelical world. Your speaking engagements at conferences and local churches will be canceled. Your books will no longer be carried in Christian bookstores or published by evangelical printing houses. Traditional evangelical media — print magazines, Christian radio — will stop returning your calls. It will become nearly impossible for you to reach out to or to communicate with the larger evangelical community, and even if you manage to approach them by side-stepping their own media, they’ll be far less receptive to anything you have to say.

Let me be very clear, though: those extreme consequences are not the initial reason why most “progressive evangelicals” are anti-abortion and anti-LGBT. I’m not suggesting anything that blatantly cynical or corrupt or calculating. (Proggies tend to be a pretty guileless bunch. Most couldn’t pull off savvy and calculating even if they tried.) Progressive evangelicals are anti-abortion and anti-gay because they are evangelicals. That is where they come from and that is who they are and, like all white evangelicals, this is what they’ve been taught and trained to be.

They did not change what they believed to fit the requirements of these identity markers. They didn’t need to change, because they already believed the things they were required to believe.

(Or, more directly and damningly, it leads them to cut off their own questions and thoughts before they allow themselves to consider them. This always entails an act of choosing that can never be wholly subconscious.)

Think of what it would be like to be part of one of those progressive evangelical intentional communities. This is your entire life — your job, your residence, your family, your vocation and purpose. You have fully committed yourself to this ministry and to the work you’re all doing there in the community — housing the homeless, after-school tutoring programs, etc. It’s good work that’s making a real difference in the lives of real people. All of that work depends on the funding your group gets from a network of evangelical donors and from the book sales and honoraria and “free will offerings” collected by your community’s leader/founder/head honcho.

The price of admission for all of this is adherence to those markers of evangelical identity. Without that, none of this — the donor-base, the book sales, the speaking fees, or any of the good works those things support — would be possible. But it’s cool. That price of admission won’t actually cost you anything, because your leader and your intentional community was already in line with the expectations of those markers. It doesn’t seem like a corrupt bargain. It doesn’t seem like a bargain of any kind, because it doesn’t ask you to change anything about what you believe.

But eventually you’ll realize you’re locked in. You didn’t need to change anything to make this bargain, but now that you’ve made it, you’re no longer free to even consider changing anything. Even if you have no interest in such changes, you’ll gradually come to realize this original bargain has you tied to a quid pro quo. This means you have no incentive to allow forbidden thinking to creep into the picture and every incentive to nip such forbidden thoughts in the bud. The stakes are too high.

Some of these younger progressive evangelicals received their official farewells, or “exited” and turned in their evangelical cards voluntarily. But some of them don’t want to leave. I’m thinking here not just of someone like Jen Hatmaker, but of the tens of thousands of evangelical women who want to keep reading her. They’re simply ignoring the official farewells from the gatekeepers of white evangelicalism. If LifeWay doesn’t carry her books, they’ll buy them on Amazon. And if she’s not welcome on Christian radio, she’s still there on HGTV.

So then, those two things — white evangelical hermeneutics, and the reinforcement of identity markers — are the two main dynamics shaping how white evangelicals, progressive or otherwise, approach this issue.

Oops. Make that three things and three main dynamics. Because:

For older generations of white evangelicals — including “progressive evangelicals” — the Gay Question was an abstract “issue.” It was another front in the culture wars and a short-hand proxy for the ongoing battle to defend the authority of the scriptures (i.e., to control which words get looked up in the concordance to provide weaponized proof-texts). That’s not how younger white evangelicals see this at all. For them, this is about people — flesh-and-blood children of God. It’s about people they know — people who are present and visible, even within the confines of the white evangelical subculture, in a way that no longer allows them to be so easily abstracted and dismissed and reduced as an impersonal, inhuman “issue” for endless debate.

This means that even though these younger white evangelicals may be starting from the same place — the same way of reading and using the Bible, they’re looking for another approach. That may be the path taken by Matthew Vines — challenging the existing selection of proof-texts with a new exegesis. Progressive evangelicals have a long history with this exegetical approach. It’s what Christians for Biblical Equality has been doing for decades in response to the proof-texts and clobber-texts long cited in opposition to the full equality of women. Or they may follow the example of still-kinda-evangelical leaders and scholars like Steve Chalke and J.R.D. Kirk, following the trajectory of scripture through Pentecost and Paul to come to a different way of understanding why inclusion isn’t merely acceptable, but obligatory. (This really shouldn’t be hard for Gentile Christians to understand, but it always seems to be.)

If they follow that second path — growing beyond the proof-texting concordance-ism of white evangelical hermeneutics — will they still retain any meaningful “evangelical” identity? I want to say yes. I want to say that “evangelicalism” is capable of accommodating and allowing such growth, and of still including people like Chalke, and Kirk, and Gushee (and me), but that doesn’t appear to be the majority opinion. That would, after all, entail evangelicalism becoming something new, and the boundaries of the thing are still being drawn mainly by those with a great deal invested in evangelicalism not doing that.

But it doesn’t seem like those boundary-drawing gatekeepers have much leverage over younger generations of evangelicals. These younger people aren’t as personally invested in and staked to evangelical institutions. They’ve never been hired, so they can’t be fired for deviating from the required script. They’ve never seen any Ahmanson or DeVos money, so the threat of withholding it won’t mean much to them. They’ve grown up with the Internet, meaning they’ve never been wholly contained within or defined by the once-impermeable subcultural bubble. Their personal communities — online and in the “real world” — include both people from inside and outside of the evangelical subculture. All of that means gatekeepers will have a hard time figuring out how to keep them in line.

Especially since they don’t have much interest in staying in line.

A lot of evangelicals of my generation want to run away from this “issue,” but younger evangelicals are running toward it because, again, it’s not just an “issue” to them. It’s people. It’s about their friends — people to whom they want to be good friends.

And, of course, for some evangelicals it’s about them personally, because they may be evangelical, but they’re also gay or lesbian or B or T or NB or any of the other things that older generations preferred to pretend didn’t exist. Some of those younger LGBT+ evangelicals may choose to exit evangelicalism. Some may choose to stay. But whether they walk out or speak out, ignoring them — and those who leave or stay with them — won’t be an option.

I suspect Brantley Gasaway is right in his “hunch” that “pretty soon the remnant of ‘progressive evangelicals’ who remain non-affirming of LGBT Christians will find themselves with fewer & fewer partners.” What will that mean? It may mean that “affirming” proggies are all farewelled, and that “progressive evangelicals” are all henceforth to be rechristened as ex- or post-evangelicals.

Or it may mean that we finally reach a point in which “farewelling” doesn’t work anymore. That will be an interesting day. 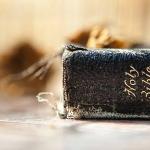