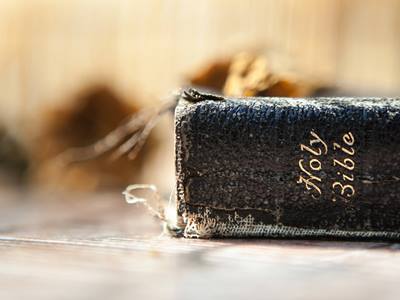 This is, admittedly, an odd category — suggesting a Venn Diagram that resembles a pair of round-rimmed glasses. But it’s a real thing — a real, if squishily defined category representing real people and groups.

When it comes to working with the other side, progressive evangelicals still haven’t learned the lessons of their earlier failure to work with The Other Side. Or, going back a bit further in prog-E history, the lessons we should have learned from the first Chicago Declaration process. Those are both old stories and long stories, so let’s set those aside for now to consider the most recent illustration of the same dynamics.

Last week, the good prog-E’s at Red Letter Christians announced a planned “revival” meeting to be held in Lynchburg, Virginia. That’s the home of Liberty University, and thus the revival would be a cheeky reminder that Jerry Falwell Jr., head cheerleader of the 81 percent, needs an encounter with Jesus. It’s being billed partly as an old-school revival and partly as a direct challenge to “toxic evangelicalism.”

I think the RLC folks are correct that it is now impossible to have the former without also including the latter.

I’ll let Brantley Gasaway summarize for us because he’s heard this song before and he knows the words. It’s probably best to read his short thread on Twitter, but I’ll also blogify it here:

As someone who has written about “progressive evangelicals,” I find this thread (in which prominent LGBT Christians question Shane Claiborne’s “progressive” bona fides because he hasn’t openly affirmed same-sex marriage) both predictable and fascinating.

Indeed, along with identifying as “pro-life,” remaining traditional on sexual ethics was one of the important markers for their “evangelical” identity. For example, see this 2008 interview Jim Wallis did with Christianity Today.

But, of course, increasing numbers of progressive evangelicals are now affirming of same-sex marriage, including Jim Wallis and Tony Campolo. A good part of David Gushee’s exit from “evangelicalism” stemmed from his change to affirming of LGBT Christians.

That puts “progressive evangelicals” who are non-affirming (or who are not openly so) in an even narrower place. That’s the fascinating part — read the original thread and watch how Claiborne responds to Eliel Cruz and Matthew Vines, with whom he wants to “partner” & “dialogue.”

If you look at Red Letter Christians’ contributors, [the group] founded by Claiborne and Campolo, many — most? — are LGBT affirming. I’ve been waiting for this to become explicitly divisive (again, see the original thread, especially when Vines joins and challenges Claiborne).

I’m a historian so shouldn’t make predictions, but my hunch: pretty soon the remnant of “progressive evangelicals” who remain non-affirming of LGBT Christians will find themselves with fewer & fewer partners. Maybe [Red Letter Christians’] Lynchburg Revival will be a test case.

When he says “I’ve been waiting for this to become explicitly divisive,” please don’t mistake that for meaning he’s been eagerly hoping for that. He means he’s been expecting it with the sorrowful dread of a student of history who recognizes an all-too familiar pattern. That pattern echoes earlier iterations of this same argument back in the 1970’s and ’80s and ’90s. New context, same argument and the same dynamics at work.

Let me explain some of those dynamics …

No, there is too much. Let me sum up.

In a sense, the main difference between folks like Ron Sider and Jim Wallis and their fellow white evangelicals was that they chose to look up a different set of words in the concordance. You could see that reflected in Jim’s frequent invocation of the “2,000 verses about wealth and poverty” and in Ron’s most influential book, Rich Christians in an Age of Hunger. Ron referred to the first third of that book as “the biblical data.”

It’s hard to get more intrinsically white evangelical than talking and thinking in terms of “biblical data.”

As a result, “progressive evangelicalism” winds up including a lot of people who are fiercely strict about “remaining traditional on sexual ethics.” Even some who are aggressively anti-LGBT, not just in a prefer-not-to-talk-about it way of minimally reciting the required “non-affirming” stance. (I’ve known “street ministry” evangelicals who lived in voluntary poverty in urban communes, people who were dramatically and impressively devoted to reaching out in Jesus’ name to America’s outcasts and cast-offs — except for LGBT people.)*

If you talk to these folks, they won’t describe themselves as being anti-gay, but will insist rather that they’re just being pro-Bible. They’re merely “upholding the scriptures,” by which they mean, again, that they’re upholding the white evangelical approach to the Bible — the clobber-text card game of concordance-ism. They’ll be confused and a bit indignant that other progressive Christians admire them for “upholding the Bible” on matters of economic justice, but not on matters of sexual morality.

I would argue that it’s more important than the identity markers Gasaway correctly names as non-negotiable required stances for those claiming evangelical membership: “identifying as ‘pro-life,'” and “remaining traditional on sexual ethics.” Those markers are more ferociously policed and enforced by white evangelical gatekeepers — stray from those stances and you will surely get “farewelled” and expelled. But the thing from which you will be expelled is the realm of proof-texting hermeneutics.

So I wouldn’t say that Dave Gushee exited white evangelicalism due to “his change to affirming of LGBT Christians.” I would say, rather, that Dave’s change to “affirming” stemmed from his shift away from a prooftext-driven approach to the Bible, and that it was that change in hermeneutics that constituted his exit from evangelicalism. His public affirmation of affirmation was just the evidence that alerted the gatekeepers that this deeper change had taken place.

My main point here is that “progressive evangelicalism” is basically what you get when white evangelicals start treating Matthew 25 and Isaiah 58 as clobber texts. The underlying formula — look up “what the Bible says” and apply that literally — is the same formula that shapes the rest of white evangelicalism, but proggies get a different result from that formula because they’re plugging in a different set of words (poverty, justice, etc.).

Since they still cling to that formula, they have no basis for questioning the results that formula produces when other evangelicals use it to condemn and exclude LGBT people. A proof-text is still a proof-text, after all.

(That’s Point No. 1 of two — no, wait, of three. Looking at the word-count, I’m gonna cut-and-paste those other points into a new post.)

* Can those folks still be considered “progressive” in any meaningful way? Well, no. Certainly not when it comes to the equality and humanity of their LGBT neighbors, not at all — even as they may at the same time be impressively “progressive” in other areas. You’re probably already familiar with the most infamous example of that: The Salvation Army. Their track record on behalf of the economically downtrodden puts most of us to shame. They championed the full equality of women long before women were permitted to vote. But they can also be cruelly, almost spitefully nasty in their rejection of LGBT people.

But I don’t think debating the “progressive” bona fides of the Salvation Army is the best way to understand such contradictory behavior any more than I think it’s the best way of understanding, say, the South Park brocialism of certain purportedly “progressive” podcasters. The problem, in either case, is not best described as “insufficient progressivism.” The problem is located elsewhere. 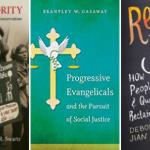 February 11, 2018
'Progressive Evangelical' is a Not-Quite-Right Name for a Not-Quite-Left Thing
Next Post 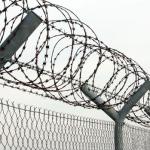 February 12, 2018 Progressive Evangelicals and Required Stances on 'Issues'
Recent Comments
0 | Leave a Comment
Browse Our Archives
get the latest from
slacktivist
Sign up for our newsletter
POPULAR AT PATHEOS Progressive Christian
1