‘I think he may have done something during the election’

‘I think he may have done something during the election’ March 5, 2018 Fred Clark

• “You might be surprised what you can accomplish in 4 minutes.”

Read the foreword, by Eric Metaxas. He says “many serious Christians” embrace this president because they understand God’s grace better than others. He says moralizing naysayers are like “the elder brother in the parable of the Good Samaritan.”

But wait, you say: There is no elder brother in the parable of the Good Samaritan. Maybe he meant the Prodigal Son.

And you think, as you wade into the text, these poor hacks. This is going to be bad.

Downes goes on to discuss that, actually, it’s even worse. 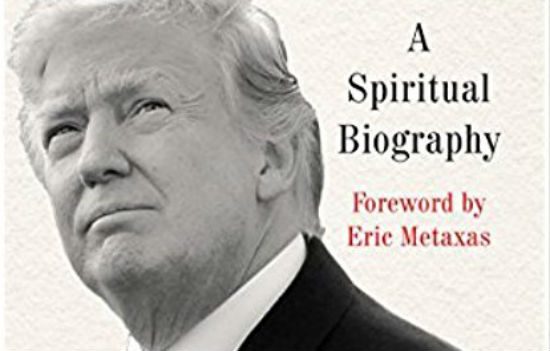 • The excerpt above calls to mind two long-running contentions of this blog. First, that Eric Metaxas is a silly, silly man. (See also here.) And, second, that the elder brother in the Prodigal Son is Jonah. Jesus is reworking a story he references quite a bit in the Gospels.

Downes’ essay also reaffirms what I wrote here back in 2011, when I was reaching for the most-extreme imaginable example of the partisan captivity of white evangelicalism:

Meeting that two-part standard is both necessary and sufficient for anyone’s acceptance as One Of Us by American evangelicalism. We recently saw this demonstrated yet again in the brief surge of evangelical enthusiasm for Donald Trump’s candidacy for president. Trump is a relentlessly amoral and areligious person — and he’s also loony as all get out — but he had signaled his willingness to toe the line on abortion and homosexuality, and so he received the blessing of Franklin Graham and of Tony Perkins and other evangelical gatekeepers.

I referenced Donald Trump there because he was already established as the epitome of awfulness — perpetually dishonest, selfish and self-absorbed to the extreme, lewd and loathsome, and so inept that he couldn’t even keep a state-subsidized casino running. I didn’t name him in 2011 because I expected him to run for president four years later, but because he was the most obvious hyperbolic example of an atrocious person available. In 2011, I was told, it was mean and uncivil to suggest that the majority of white evangelicals would ever vote to elect such a person. OK, then.

• For a bit more on the problem of reading the Bible “at face value,” consider the problem of Caleb. You remember Caleb from Sunday school? Caleb the spy and giant-killer?

The story of Caleb is right there in the Bible and it’s simple enough to read at face value. The problem is that this story is in there several times, and the face value of each of those renditions can’t be easily reconciled with the face value of the others. Here’s a wonkish-but-fun discussion of one attempt to follow the threads of these various stories. You don’t need to follow all the twists and turns of Deane Galbraith’s scholarly engagement with Gili Kugler’s scholarly argument here about “apologetic and polemical tendencies” in the various versions of Caleb’s story. My point is simply that there are such twists and turns, that the story of Caleb is — on its face — twisty and turny.

We can try, as these scholars do, to learn from those twists and turns, the claims and counter-claims of the various accounts of and references to Caleb. Or we can just ignore them, pretending we can read a single, perspicuously simple version of Caleb’s story in defiance of the text itself. The latter approach really shouldn’t be described as a “high view” of the text. Nor is it the best approach if you want the text to be useful for teaching, for reproof, for correction, and for training in justice.

• One of my favorite things on these Internets is Erik Loomis’ long-running series at Lawyers, Guns & Money, “Erik Visits an American Grave.” These are delightful, breezy little snapshots of American history, written in an engaging style that’s sometimes contentious, sometimes amusing, and always informative. (My favorite running gag is Loomis’ standard reference to graves at Arlington National Cemetery — “buried on the confiscated lands of the traitor Lee.”)

Sometimes the grave in question belongs to someone I’ve never really heard of before — like former Attorney General William Wirt, or frozen french-fry magnate J.R. Simplot. Sometimes its someone I know of, but didn’t know enough about — like Junior Wells, or Dixie Lee Ray. And sometimes it’s someone I do know and didn’t expect Erik to — as in this recent entry on the grave of Harry Emerson Fosdick.

I strongly recommend following that series by subscribing to LGM’s RSS feed, even though talking about subscribing to the RSS feed of a blog makes me feel like an anachronistic relic of a bygone era.

• Another fine series from the blogroll (look it up, it used to be a thing) is Richard Beck’s recent string of posts on the pernicious idea that “holiness is the opposite of love.”

If you’ve spent any time in white evangelical or fundamentalist churches — especially those of a more Calvinist persuasion — then you’ve probably been taught that in some form, even if it was unintentional. “God is love,” they’ll concede, “but God is also holy.” Always that “but,” suggesting that “holiness” — whatever it means, is distinct from and counter to, love. “Holiness” is, in fact, largely treated as the limit of God’s love — as the undefined something that forces an otherwise-loving God to be unloving. Holiness is, among other things, the excuse for Hell.

I don’t know where Beck is going with his series attempting to redeem the idea of “holiness,” but the fact that the idea needs redemption demonstrates how far astray we’ve gotten. The false opposition of holiness and love, after all, is at the heart of the story of Jonah. “I knew that you are a gracious and compassionate God, slow to anger and abounding in love, a God who relents from sending calamity,” Jonah says, and this is what really pisses him off — that God’s holiness is always and only expressed in grace, compassion and abounding love.

That’s the exact same complaint as the one made by the elder brother in the parable of the Prodigal Son. An evil generation asks for a sign, but no sign will be given except the sign of Jonah.

• The title of this post is a quote from one of Sam Nunberg’s several live-television meltdowns this afternoon. The former Trump aide said he’s refusing to provide emails sought by Robert Mueller because he’s protecting his mentor, Roger Stone. He told CNN’s Jake Tapper that “Yes, I believe Carter Page was colluding with the Russians,” and told NBC News’ Katy Tur that he suspected Mueller “had something on Trump” because “I think he may have done something during the election.” OK, then.