They blew up the chicken man in Philly

They blew up his house too. That was 31 years ago today, March 15, 1981, just a month after Philip “Chicken Man” Testa and a half-dozen other leading figures in Philadelphia’s organized crime syndicate were indicted in a federal racketeering case. Testa, the “Julius Caesar of the Philly Mob,” was killed on the Ides of March. 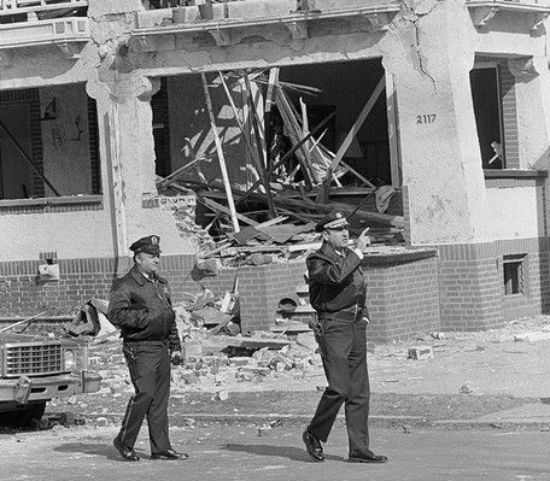 Testa’s death and looming prosecution sparked years of violence among rival factions of the Philadelphia mob, all at the same time that newly legalized casino gambling was just taking off a short drive away in Atlantic City. That stew of corruption, crime, and violence is the backdrop for Bruce Springsteen’s 1982 song.

This might all seem like old news — a bit of pop culture legend involving “colorful” characters from some bygone underworld. But it’s not that.

This is today’s news.

How will a man choose the ruler that shall rule over him? Will he not choose a man who has first established order in himself, knowing that any decision that springs from anger or vanity can by multiplied a thousand fold in its effects upon the citizens?

— Thornton Wilder, The Skin of Our Teeth*

What happened was those local racket boys lost their rumble on the promenade. Atlantic City slipped out of the control of all those characters Bruce sang about — the Philly mobsters, the DA, the gambling commissioner. The trouble busing in from out of state was no match for the trouble jetting in from all over the world, and Atlantic City became a cash farm for far bigger players, and far bigger criminals, than small-town thugs like the Chicken Man.

Larger criminal enterprises — from New York City, from Russia, from Wall Street — moved in. Real estate developers with debts no honest man could pay did favors for their new friends, outpacing prosecutors’ efforts to keep up with the way Jersey’s casinos became a money laundering machine for mountains of illicit cash.

Salvie Testa — the son of the Chicken Man — was co-owner of a nightclub in Atlantic City. He paid about $250,000 for the property in 1978, and made a nice profit when he sold it a few years later — for $1.1 million — to Donald Trump, who paved it over to build a (concrete) parking garage for his new casino hotel.

That footnote to history doesn’t demonstrate a direct link between Trump and the mob (the kind of clear-cut, documented, hand-in-hand partnership that Trump would call “collusion”), but it’s one of dozens of such examples that show he’s the most mob-adjacent president in American history. One could argue that any legitimate real estate developer working in Atlantic City in the 1980s was bound to wind up dealing with figures from organized crime in some capacity. But then the more you read about the Vegas of the Jersey shore, the harder it becomes to draw clear lines separating the categories of organized crime and “legitimate real estate developer.”

It’s much like what a friend told me about Putin’s Russia. He knows more about Russian politics than I do, so I asked him to help me sort out all the players. I was having a hard time figuring out who was who amongst the former KGB bigwigs, the oil-rich oligarchs, and the outright mobsters. “That’s your problem right there,” he told me. “You’re thinking of those as separate categories.”

The wealthiest man in the world is not Bill Gates or Jeff Bezos or Warren Buffett. It’s Vladimir Putin. He didn’t become a billionaire due to his salary as a public servant — by getting a job and putting money away. He made his fortune by getting people to, as the song says, do a little favor for him.

This is today’s news. The Chicken Man is dead, and far worse men have replaced him.

* The line is originally from Plato, but it’s quoted in the final act of Wilder’s play, which is set in the ruins of Atlantic City, New Jersey. I don’t know if Springsteen’s lyric — “the gambling commissioner’s hanging on by the skin of his teeth” — is a deliberate allusion to that play. Maybe — Bruce is often smarter, and more ambitious literarily, than he lets on. I suspect, though, that this is simply a tantalizing coincidence, just like the cruelly urgent relevance of that line from Wilder/Plato.