The Southern Baptist Convention has a PProblem

The Southern Baptist Convention has a PProblem May 2, 2018 Fred Clark

I want to commend Ed Stetzer for finding as tactful and gracious a way as possible to say, “STFU and get off the stage.” His piece on Southern Baptist icon Paige Patterson — “Paige Patterson and Doing the Right Thing for the SBC, Again” — is probably the second-gentlest such plea I’ve encountered recently. (The other being John Legend’s generously kind attempt at an intervention with his friend Kanye.)

I’ve gotten so accustomed to seeing “With all due respect …” as a disingenuous qualifier that it’s startling to see someone attempting to convey the sincerest meaning of it. Stetzer’s flattering portrait of Patterson’s past contributions to the Southern Baptist Convention seem heartfelt and genuine. Yes, that flattery also has a useful function here as a spoonful of sugar to help the medicine go down, but Stetzer means it. He pays great respect to Paige Patterson because he believes Patterson deserves it.

I disagree. Entirely and emphatically. But while I think Stetzer completely mischaracterizes the intent and effect of Patterson’s role in what he calls the “conservative resurgence” of the SBC, I think he still does a decent job of summarizing that history:

Paige Patterson and a judge named Paul Pressler met in 1967. Over the next decade, they set out to turn the SBC in a different direction theologically. They started a grassroots movement that is one of the many reasons I am a Southern Baptist today.

They worked for years to turn the SBC toward greater conservatism, rallying around the banner of inerrancy — that the Word of God is truth without any mixture of error. This became known to many as the Conservative Resurgence and has been celebrated by many of us as a victory for almost three decades.

The phrase “grassroots movement” is naive and misleading there. It was, and is, a top-down, hierarchical effort that succeeded in large measure because Baptists and Baptist organizations weren’t prepared to recognize or to resist that kind of approach. The fundy takeover and purge didn’t rise up from the grassroots, it was imposed by a donor class and by seizing control of boards of trustees in a brazen rejection of Baptist polity and practice.

What Patterson and Pressler did, essentially, was turn a Baptist convention into a denomination. They stopped short of passing out miters and robes, but the SBC today, in effect, has been restructured with de facto bishops and archbishops who wield greater authority than their counterparts in other denominations. The result of their “conservative resurgence” is that C in SBC might as well stand for “church.” The idea of the priesthood of all believers was supplanted with the idea of the papacy of all senior pastors. 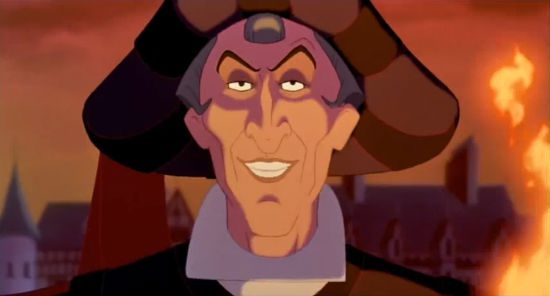 Whether or not one accepts Stetzer’s description of “the banner of inerrancy” as it applies to the Bible doesn’t much matter. The point of this war banner, for Patterson and Pressler, was not to claim that the Bible itself “is truth without any mixture of error,” but that they as readers of the Bible were inerrant.

Stetzer is correct, though, that this conservative resurgence “has been celebrated … as a victory.” That was the point, to convert a convention of freely associating congregations into a hierarchy comprised of winners and losers. And to the victors go the spoils.

Stetzer’s beloved “conservative resurgence” also resulted in things like the fundamentalist redefinition of Southern Baptist Seminary. I’ll note again that we’re all expected to regard it as simply an odd coincidence that the faculty who lost their jobs in that purge included almost everyone there who wasn’t a white male. And I’ll note again that I don’t think that was merely coincidence.

But let’s set all that aside for the moment. My point here is not to relitigate the merits and demerits of the Southern Baptist “conservative resurgence,” but to highlight the essential facts about its history that Stetzer and I — and everyone else — agrees about.

What both the biggest fans and the harshest critics agree is true is this: that effort was begun, driven, shaped, and achieved largely thanks to the work of “Paige Patterson and a judge named Paul Pressler.”

Judge Pressler is now being sued for alleged sexual assault and coverup. Patterson has been named as being part of a coverup. Both deny the accusations, but the situation is extremely troubling, especially since Pressler has been such a prominent figure in the Southern Baptist story.

Now, we face a troubling conversation surrounding the other prominent figure, but because of his continuing role in leadership, the situation is even more complicated.

Patterson didn’t just lead a grassroots movement. He went on to serve as president of not one but two seminaries. He served two terms as president of the convention itself. He has received numerous honors, awards, and more standing ovations than I can count. …

[Patterson’s] inarticulate comments about abuse have put the SBC in another difficult position. Unspoken policies have their limits. When people are actually asking where we stand on abuse, we have to look in the mirror and wonder how long we hold our tongues.

Allowing Stetzer to summarize there also meant allowing him to bowdlerize. Pressler has been accused of molesting teenage boys and of exploiting his power to sexually harass young men. Patterson’s comments about domestic abuse were not “inarticulate,” they were a clear articulation of a clearly appalling ideology.

Stetzer treats Pressler’s legal jeopardy and Patterson’s views as a PR problem for Southern Baptists. It’s also that, of course. But not only, or even mainly, that. That PR aspect of the SBC’s dilemma might be mitigated if Patterson takes Stetzer’s polite  advice and quietly exits the spotlight into some well-hidden emeritus role. But that would leave the deeper problem unaddressed.

That deeper problem is this: The Southern Baptist Convention as it presently exists was shaped and molded, guided and led by these men and by people who admired these men. One of those men stands accused of being a long-time sexual predator, the other has revealed himself as someone who views women as property.

It is theoretically imaginable that their views did not in any way influence their shaping and reshaping of the denomination, but that seems highly unlikely.

It is theoretically imaginable that the anti-hermeneutic of “inerrancy” that they championed is not in any way related to or responsible for their indefensible views, and that those views have not in any way shaped their use, advocacy for, or implementation of that hermeneutic. But that also seems highly unlikely.

If both of those highly unlikely theoretical possibilities is true, then it might also be theoretically imaginable that nothing else needs to be done beyond what Stetzer calls for. Let these founding fathers of the contemporary SBC quietly slip off stage and the problem will be solved. But now we are in a realm of exponential unlikelihoods.

It seems likelier, I think, that the Southern Baptist Convention has a great deal of undoing to do. And that its current leaders, and current ideas about leadership, render it incapable of doing that.