“They have remained hidden except to a few VA insiders, who have come to call them ‘the Mar-a-Lago Crowd.'”

“It is difficult to imagine the possibility that a man like [Commerce Secretary Wilbur] Ross, who Forbes estimates is worth some $700 million, might steal a few million from one of his business partners. Unless you have heard enough stories about Ross.”

“The day after the 2016 election, when Donald Trump claimed victory after running on a platform of pledging to lock up and deport more people who came to the country illegally, GEO Group stock prices rose 21 percent.”

“America has become the sanctuary of choice for laundered money, a bastion of shell companies and anonymously purchased real estate.”

“All told, 43 percent of self-identified Republicans said that they believed ‘the president should have the authority to close news outlets.'”

“We won’t forget being called an enemy of the people.”

“A Trump administration appointee to the State Department tore into standard UN documents that condemn racism as a threat to democracy.”

“The Trump administration is expected to issue a proposal in coming weeks that would make it harder for legal immigrants to become citizens or get green cards if they have ever used a range of popular public welfare programs.”

“And as the beating continued his attackers shouted, ‘Go back to your country!‘”

“Granted, it’s hard to hold an ICE spokesman to account for associating with Islamophobes, when Gabriel posed for photos with Trump and top presidential advisor Stephen Miller hobnobbed with Horowitz’s hate group and authored the Muslim ban.”

“Despite ICE’s claims to provide ‘comprehensive medical care’ to those in its custody, recent news reports indicate that, while detained under the Trump administration, pregnant women are being denied medical care, shackled around the stomach, and are suffering other abuses.” 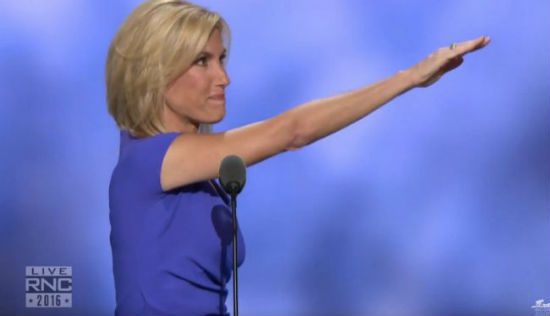 “When I asked him why he killed the dog, he said, ‘I think I told you, I mean I know I’m the second coming of Christ and I got a command from God to do it.'”

“My ability to fulfill my obligations as a [s]tate [r]epresentative and public servant will be affected by the distraction of addressing these allegations.”

“The used candies were compared to a woman who has had sex and was therefore considered ‘dirty’.”

“Evangelicals in Brazil’s Congress … [are] known as the ‘BBB’ for [their] support of bullets, beef and bibles – in other words, guns, agribusiness and Christianity.”

“This house sucks, but like all buildings, it is a reflection of both the people and the broader culture that make building it both possible and desirable.”

“Climate change is kind of turning up the dial on everything.”

“They told police they had a disagreement over a Bible verse, and the situation turned violent.”

“We are not kooks or liars.”

August 8, 2018
George Whitefield was worse than Hybels, Swaggart, Haggard, Patterson, Pressler, Bakker, Hinn, Tilton and all the rest put together
Next Post

August 10, 2018 LBCF, No.197: 'Fantasy sequence'
Recent Comments
0 | Leave a Comment
Browse Our Archives
get the latest from
slacktivist
Sign up for our newsletter
POPULAR AT PATHEOS Progressive Christian
1