“In some cases, passport applicants with official U.S. birth certificates are being jailed in immigration detention centers and entered into deportation proceedings.”

“The [Kansas] Legislature passed the law, including a line that directed the KDHE not to look for contamination from dry cleaners.”

“The crowd for that speech … wanted more of something a lot more primal and sick than McCain was willing to give them, then or ever.”

“They are coming down here and bringing, I don’t want to say the thugs – but it is the thugs.”

“You have used the Bureau to serve the wishes of the most powerful financial companies in America.”

“Later this year, North Carolina will probably hold its first truly free and fair election since 2010. It may also be the state’s last.”

“We will not clean up a mess that’s not of our making.”

“The researchers were stunned to find Russian troll accounts tweeting about vaccines, but unraveling why they would stoke the vaccine debate was mind-boggling, too.” 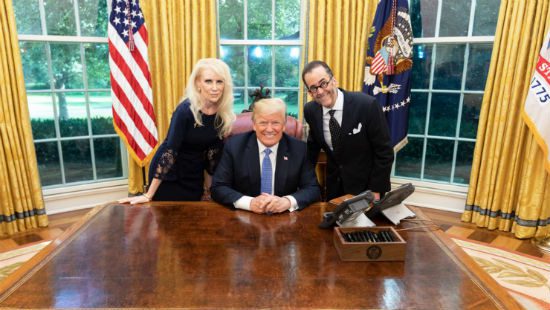 “Refugees make the country stronger, as well as better. They always have.”

“The owner of a Longmont mobile home park intends to sell his 36-lot property to its residents, which would make it the city’s and Boulder County’s first tenant-owned mobile home neighborhood.”

“The Nuns on the Bus are headed to President Donald Trump’s backyard.”

“In football, prayer is  — and has always been — political.”

August 30, 2018 I've seen how it ends
Recent Comments
0 | Leave a Comment
Browse Our Archives
get the latest from
slacktivist
Sign up for our newsletter
POPULAR AT PATHEOS Progressive Christian
1