The pastor and the stolen election

The pastor and the stolen election December 12, 2018 Fred Clark

The election-fraud story out of North Carolina is a doozy. The cast of characters seems to have stepped out of the pages of a novel by Carl Hiassen or Elmore Leonard. And the candidate at the center of the story is a right-wing Southern Baptist pastor turned politician who is, in every way, exactly what you’d picture if someone told you to imagine a right-wing Southern Baptist pastor turned politician.

That pastor, Mark Harris, was the apparent winner of the U.S. House race last month in North Carolina’s 9th Congressional District, squeaking out about a 900-vote margin of victory over Democratic candidate and Marine veteran Dan McCready. But state officials have not certified the results or officially declared Harris the winner, because something seems awful fishy about the way absentee ballots were handled — harvested? trashed? altered? — in that 9th District race. The state board of elections is investigating, interviewing everybody, taking depositions and issuing subpoenas.

All of which led political sabermetrician Nate Silver to joke that fivethirtyeight was “changing our rating on this race to Lean Prison.” 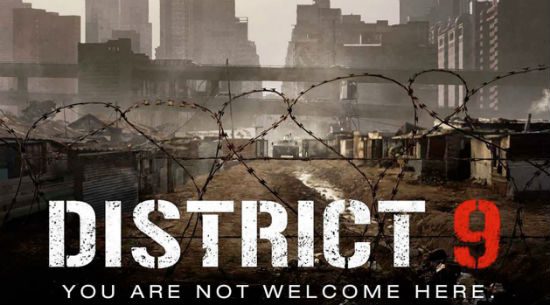 The allegations involve something called “ballot harvesting,” which is illegal in itself in North Carolina, but may turn out to be the least of the crimes involved. The AP’s Matt Volz has a good summary of what “ballot harvesting” means:

It’s a practice long used by special-interest groups and both major political parties that is viewed either as a voter service that boosts turnout or a nefarious activity that subjects voters to intimidation and makes elections vulnerable to fraud.

The groups rely on data showing which voters requested absentee ballots but have not turned them in. They then go door-to-door and offer to collect and turn in those ballots for the voters — often dozens or hundreds at a time. Some place ballot-collection boxes in high-concentration voter areas, such as college campuses, and take the ballots to election offices when the boxes are full.

In North Carolina, election officials are investigating whether Republican political operatives in parts of the 9th Congressional District harvested ballots from minority voters and didn’t deliver them to the election offices. In some cases they are accused of harvesting ballots that were not sealed and only partially filled out. Ballot harvesting is illegal under state law, which allows only a family member or legal guardian to drop off absentee ballots for a voter.

Investigators are focusing on areas in the district where an unusually high number of absentee ballots were not returned. They want to know whether some ballots were not turned in as promised to the local elections office, were unsealed or only partially filled out.

That AP story link is hosted at WSOCTV Charlotte, where the channel 9 Eyewitness News team is doing an impressive job on this story. Local journalists, including TV news reporters, are really pushing the story forward. The pace of that reporting, and of further developments in the investigation, have made this a hard story to keep up with.

It looks increasingly likely that North Carolina will be forced to hold a do-over election, but how that would work isn’t clear because it turns out that the same corrupt operatives who appear to have stolen and altered ballots in the general election also may have stolen and altered ballots in favor of Mark Harris in the Republican primary. That primary was where Harris upset incumbent GOP Rep. Robert Pittenger. Pittenger won three congressional races in the 9th District, and Republicans think he has a better chance in a rematch against McCready than Harris who, at this point, needs to concentrate on shutting up and hiring the best lawyers he can afford.

The main figure in this story is a guy named Leslie McCrae Dowless, “the guru of Bladen County” who is described by Charlotte’s News & Observer as “a felon who has struggled to make ends meet for much of his life, but who has shown an uncanny ability to connect with residents in this rural county on the eastern edge of the sprawling 9th Congressional District.”

Dowless’ operation — allegedly (according to a growing multitude of credible allegations, sworn affidavits, and explicit Carter-Page-style confessions on TV from Dowless’ staff) — seems to have been a crude blunt instrument. He “harvested” absentee ballots from voters who seemed likely to support McCready. If they were sealed, he didn’t turn them in. But he also — allegedly — convinced many, many voters to sign blank absentee ballots. He pulled this off with a motley crew of ex-wives, in-laws, and the kind of short-term employees who wanted to be paid in cash and weren’t going to ask too many questions.

North Carolina Republicans and North Carolina Southern Baptists (redundant) are defending Mark Harris as an innocent victim who simply hired Dowless to coordinate get-out-the-vote efforts and had no idea that he would engage in such unsavory, criminal practices. Just because numerous witnesses have said that Dowless boasted about getting paid in cash doesn’t prove Harris knew he was doing anything underhanded.

And maybe there’s some innocent explanation for why Harris heartily recommended Dowless’ services to Pete Givens — a former candidate for Charlotte City Council. “Mark told me about this guy’s process,” Givens said. “That he had a process.” Harris, WSOC reporter Joe Bruno notes, “is Givens’ pastor.”

Well, he was Givens’ pastor. Harris stepped down from the pulpit in June 2017 to focus on his primary challenge to Pittenger. Until then, he served as pastor of First Baptist Church in Charlotte.

If you look at the church’s website, it doesn’t appear to be a hotbed of political zealotry. But the thing about churches like this is that they don’t have to talk about politics, don’t ever have to say, out loud, that every member is expected to be a straight-ticket Republican voter. That never have to say, out loud, that this lockstep Republican politics is the core of their faith, doctrine, identity, piety, practice, and devotion. Everyone already knows that. That’s why they’re there. Anything else would be simply unimaginable.

Harris was a pastor when he ran for the U.S. Senate in 2014 and he was a pastor when he ran his first primary challenge against Pittenger for the 9th District House race in 2016. Those campaigns were Harris’ sermons to his flock — his preaching and teaching, his counseling and discipling of them. This is the gospel he taught them: seeking office as a Republican.

He campaigned in 2012 for North Carolina’s Amendment 1, which banned same-sex marriage in the state; the measure passed the same day Harris was elected president of North Carolina’s Baptist State Convention.

He also was a vocal supporter of a bill mandating that men’s and women’s restrooms in government buildings be used according to a person’s sex as identified on the individual’s birth certificate. When a repeal effort was mounted, he fought to preserve the law. (Compromise legislation was passed in March 2017.)

In 2017, Harris championed the idea of pastors becoming involved in politics, telling the Baptist Press that “there continues to be a tremendous need (in politics) for voices that are going to stand on righteousness, that recognize where we are moving as a nation.”

His bid for Congress was backed by Tami Fitzgerald, executive director of the North Carolina Values Coalition and trustee for the SBC’s Ethics and Religious Liberty Commission.

… Harris’ religious background, which includes a Master of Divinity and Doctor of Ministry from Southeastern Baptist Theological Seminary, proved troublesome on the campaign trail.

In July, the liberal political action committee American Bridge unearthed a 2013 sermon in which Harris questioned women’s desire to pursue a career in lieu of “biblical womanhood.” He prefaced the sermon with a prayer saying, “Father, I realize that this message today is not politically correct in 2013. … But Lord, you have called me to declare ‘thus sayeth the Lord God’ in accordance to your word, and I can do nothing less than just share the word that is here before us.”

Harris also sought and basked in criticism for a sermon in which he suggested that peace in the Middle East would not come until Jews and Muslims converted to Christianity.

It’s not surprising that this kind of white Southern Baptist preacher would run a campaign that sought to steal the right to vote from black citizens in Bladen County. Preventing black Americans from voting is perfectly congruent with his theology.

Jay Willis has a detailed, engaging summary of the whole sordid election fraud campaign in GQ: “How North Carolina Republicans Allegedly Hatched a Plot to Steal an Election.”

Willis concludes with this:

One of the Republican Party’s most effective voter suppression strategies is banging the “voter fraud” drum—a term they use to refer to unqualified individuals casting ballots, and/or to qualified individuals voting more than once, neither of which are problems that, as has been demonstrated time and time again, actually exist. What allegedly went down in North Carolina is different, and far more insidious: in a close race, a campaign paid someone with a track record of preying on unsuspecting voters, using legitimate ballots to cast illegitimate votes. If not for a bit of sloppiness and a lot of good reporting, Harris and Dowless might have gotten away with it. Someday, perhaps they’ll find time to discuss what they might have done differently, from the comfort of adjoining prison cells.

He’s almost certainly right about Dowless seeming destined for prison. But Harris, I suspect, will escape that fate. If I had to bet, I’d say he’ll more likely wind up co-teaching a class on ethics at some Southern Baptist seminary with Paige Patterson and Richard Land.