“Abortion in Ireland will be free, safe, and legal up to 12 weeks into pregnancy starting January 1.”

“Thus, black lung, and more of it. But though its miners are getting sicker, the coal industry does not appear to feel much responsibility for their health needs.”

“If the extent of the villainy seems downright cartoonish, it’s worth noting that the state GOP also took the Montgomery Burns–level step of loosening puppy mill regulations.”

“But, on the legal merits, O’Connor’s opinion would need a great deal of work to rise to the level of being shoddy.”

“He was more of a dick, for lack of a better word. I wish I had a more descriptive word. He was just a dick.”

“About 65 percent of the United States’ total jail population are pre-trial detainees who haven’t yet been convicted of a crime.”

“The bonuses do not feel like an effort to retain top talent through a difficult period, but a final extraction of cash before the ship sinks.”

“One thing I actually don’t understand is how our discourse often shifts seamlessly between ‘wow it’s so hard to live on $400,000 per year’ and ‘ungrateful moochers on disability, living the good life on $800 bucks a month.'”

“Only 5 percent of tenants who have attorneys are actually evicted because of eviction proceedings. But among those who aren’t represented, that number balloons to an astounding 78 percent.” 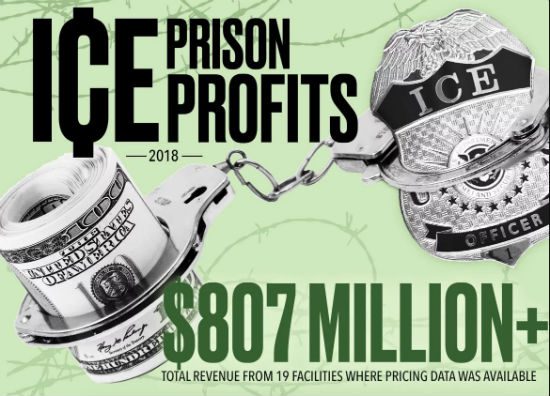 “Police departments in the U.S. are becoming less and less likely to successfully close rape investigations.”

“It seems strange that spending money to convince people to vote is protected as free speech, while voting itself is not.”

“Characterizing themselves as ‘educational’ institutions allows these organizations to claim tax-exempt status, and it’s been a boon for their finances.”

“[The Republican bill] could also increase law enforcement and military recruiter access to students, and it would restrict teachers from teaching ‘controversial issues’ or blaming one racial group of students for the ‘suffering or inequities’ of another racial group.”

“Not only did Republican Mark Green, a Congressman-elect from Clarksville who is also a medical doctor, express hesitation about the CDC’s stance on vaccines, he also said he believed the federal health agency has ‘fraudulently managed; the data.”

“The excitement and fanaticism surrounding the forthcoming Q-pocalypse has a distinctly religious feel, and indeed, many Q believers appear to be evangelical Christians.”

“I am a Bible-believing Christian.”

“I think the nature of his third marriage is one that Christians would be much more comfortable with.”

“God settled that over 2,000 years ago, folks, and I’m going to stand on it until hell freezes over.”

“What am I promoting as gospel right now that later generations will document, repudiate and apologize for?”

December 31, 2018
All the poets were dying of a silence disease
Next Post

January 2, 2019 Hold on to these moments as they pass
Recent Comments
0 | Leave a Comment
Browse Our Archives
Follow Us!