Without getting killed or caught

Without getting killed or caught February 28, 2019 Fred Clark

• There’s a recurring bit in The Wire that has Bunk and McNulty talking with drug dealers and other criminals. “We’re murder police,” the homicide detectives say. “We don’t care about any of this.”

I was reminded of that yesterday watching former Republican Party co-chair and Donald Trump’s long-time personal consigliere Michael Cohen answering questions — under oath — from members of the House of Representatives. Cohen wasn’t there to speak about any ongoing criminal investigations involving the president or the Trump Organization — although he mentioned several times that there were several such serious investigations still under way. But he was free to discuss a host of other crimes, infidelities, and general sleaziness in which his former boss was involved. At a minimum, this included tax evasion, tax fraud, bank fraud, insurance fraud, campaign finance violations, perjury, suborning perjury, and obstruction of justice.

Weirdly though, many of the House members and media pundits watching the hearings weren’t concerned about any of that. They responded as though they were, to paraphrase Bunk and McNulty, Mueller police — shrugging aside clear evidence of all those other crimes in search of some smoking-gun proof of the Kremlin-orchestrated conspiracy that Cohen wasn’t able to talk about directly and for which he wouldn’t be a key witness.

Many historians and legal experts have noted that the alleged crimes being investigated by Robert Mueller’s office are “worse than Watergate.” You don’t have to agree with that to see that what we heard sworn testimony about yesterday was worse than Spiro Agnew. It was, in fact, Agnew-style corruption on an industrial scale.

Agnew was forced to resign as vice president as part of a sketchy plea deal that allowed him to escape prison.

• Several times, Cohen named long-time Trump Org CFO Allen Weisselberg as someone who could corroborate his allegations of crimes by Trump and his business associates (and family). As Allegra Kirkland put it, “Cohen’s Testimony Put Trump Org CFO Weisselberg Back in the Hot Seat.”

I quibble a bit with the reporter’s boilerplate Kirkland employs at the end of this sentence: “The former Trump fixer brought as exhibits checks that Weisselberg, Donald Trump Jr. and Trump himself had signed reimbursing him for the $130,000 he spent to buy adult film star Stormy Daniel’s silence about her alleged affair with Trump.”

I suppose the affair is still only “alleged” because Trump continues to deny it. But literally no one else even pretends to do that — not even Trump’s closest allies and current attorneys. Daniels herself testifies that the affair took place, with plenty of corroborating detail. And now we’ve all seen the cancelled checks for the money Trump spent forbidding her to speak about that affair. Who pays hush-money for an affair that never happened? Is there any plausible or even possible explanation for the facts in record other than that the affair obviously really happened? I can’t imagine any — so why keep referring to it as merely “alleged”?

That term is usually reserved for criminal allegations, but this affair is one of the few things Trump has been accused of that’s not actually illegal. Sleazy, yes. A total dick move, for sure. But not a crime. And not merely “alleged.” 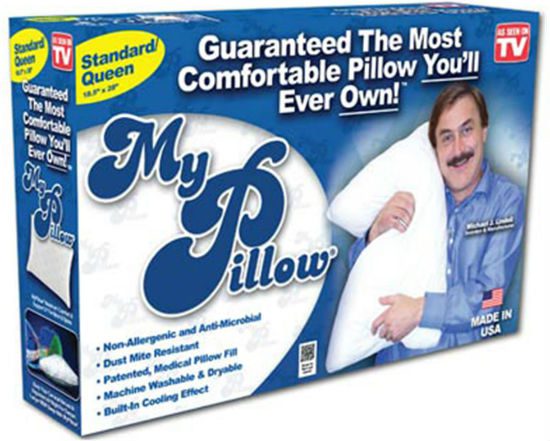 • The “My Pillow” guy, Mike Lindell, turns out to be a full-on Trumpie, so he was of course invited to speak at CPAC, the annual ultra-right political/religious festival in Washington. Lindell regurgitated the popular misuse of Romans 13 we hear from religious-right types whenever their party holds the White House: “As I stand before you today, I see the greatest president in history. Of course he is, he was chosen by God.”

This mangling of Romans 13 has never been coherent or internally consistent — if we must always “be subject to the governing authorities, for there is no authority except from God” does that mean Christians should obey the Antichrist and accept the Mark of the Beast? — but it makes even less sense than usual the way Lindell uses it. He claims that every ruler has been chosen by God and that, therefore, this one ruler is the best ever and way more special than all the others who were also chosen by God (except the black guy, apparently). Or something.

When conservatives send their people to CPAC, they’re not sending their best.

• “The FBI still has no idea why he obtained so many human bones, but attempts are being made to return them to their original burial places.”

This is a weird story. I think “Christian missionary” overstates the bone collector’s church connections — a few volunteer mission trips as part of a church group isn’t quite the same thing. An old profile from his hometown paper just calls him a “man of mystery,” which sounds more romantic than “acquisitive hoarder.”

• Jeffrey Epstein raped dozens of children. That we know of. But he got off with a light sentence through an illegal plea deal that also helped to cover up his crimes. The man who arranged that plea deal is part of Trump’s cabinet, yet somehow Alexander Acosta still has his job.

Even more remarkable is that Ken Starr still enjoys his reputation as an upstanding, moral-values, “Christian” conservative. I suppose if his having to leave Baylor in disgrace for his role in covering up multiple rapes there wasn’t enough to diminish white evangelicals’ love for the guy, then his helping to arrange an off-the-books sweetheart deal for a billionaire serial child-rapist won’t mean anything to them either.

But Ken Starr is not good or wise. Or safe.

• Two potential huge stories this week on the religion beat both turned out not to be stories at all but just more of the relentlessly same routine.

So neither big story turned out to be news at all. Dog bites man isn’t “news.” And at this point neither is church kicks victims.

• The title of this post comes from the late great Guy Clark:

February 26, 2019
We can never know the hands we're in until we feel them grip
Next Post