• I fell down a Google-hole the other day after stumbling onto this 2-year-old piece on William Dudley Pelley and his Silver Shirts. Dudley was a preacher’s kid as well as a Nazi, so when his American Hitler fan-club founded a party so he could run for president they called it the “Christian Party.” The anti-Semitic and white-supremacist newsletter he published in the years before World War II was called “The Galilean.”

Like most right-wing Christian nationalists, he even founded his own college. (It was called “Galahad College.” Unpacking that would take a lot. To his minimal credit, I suppose, Pelley’s choosing Galahad as a symbol of his obsession with sexual/racial purity works a bit better than Focus on the Family’s repeated use of Lancelot for the same reasons.)

Pelley concocted his own weird blend of Nazism, libertarianism, UFO theories, and crypto-Christianity. He called the resulting pudding “Liberation Theology.” Will Schultz, writing for the North Carolina History Project, wryly notes that this is “not to be confused with the theology that motivated civil rights protestors in the 1950s and 1960s.” I’m sure it will be confused with that, though, by some of the folks who hate and fear actual liberation theology (even if they’re utterly unable to tell you what that means). This confusion will be deliberate — as sleazy and dishonest as their supposed confusion equating “socialism” with National Socialism.

The next time some jackwagon pulls that one, ask if that means William Dudley Pelley’s “Christian Party” is a good example of what “Christian” means.

• “TN Lawmaker Says Sports Gambling Bill Should Ban Betting on Sundays (for God).” Hemant Mehta pulls on several of the threads hanging off this odd story. In the 21st Century, arguments justifying a new set of blue laws are even harder to sort out than the etymology of that name for Not On Sunday legislation.

I’m also not a fan of the trend of legalizing sports betting instead of just collecting a sustainable amount of revenue from normal taxes. “Vice taxes” can be an effective way of reducing vice — which is why I like the idea of a carbon tax and a “Robin Hood” tax on rent-seeking financial gambling. But they’re not a substitute for establishing a baseline of reliable, sustainable revenue.

But then it’s also not always the case that vice taxes reduce the vice in question. State lotteries, for example, are essentially a tax on economic despair, but they’ve only served to increase the overall levels of economic despair wherever they’ve been instituted. 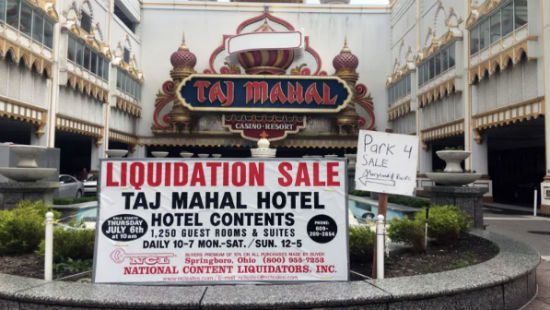 Ultimately, the attempt to carve out a never-on-Sundays exemption to legalized sports gambling was doomed to fail not because Americans no longer think of Sundays as sacred holy days, but because they do. But only during football season.

• NPR’s Tom Gjelten is not the most reliable religion reporter on the beat, but I enjoyed his review of Adam Morris’ history of American Messiahs. Apart from Gjelten’s confusing George Whitefield and George Whitehead, it’s a pretty fun read that includes a too-brief visit with our old friend the Publick Universal Friend, the genderless Jemima Wilkinson.

Mainly, though, I’m mentioning that piece because it also briefly touches on Shaker founder Ann Lee’s reaction to New England’s “Dark Day” in 1780, which she was not alone in seeing as a portent of the End of the World. Panicked by darkness at noon and fearing it meant Judgment Day had arrived, members of Connecticut’s state senate called for adjournment. This prompted a rebuke from Abraham Davenport, which remains one of my Favorite Things:

I am against adjournment. The day of judgment is either approaching, or it is not. If it is not, there is no cause for an adjournment; if it is, I choose to be found doing my duty. I wish therefore that candles may be brought.

Whittier prettied that up into this: “Let God do [God’s] work, we will see to ours / Bring in the candles.”

“Bring in the candles” would make a great album title.

Whittier’s poem also reminds us of what followed that famous comment — Davenport’s speech on the responsible regulation of shad fisheries, which Whittier describes as full of figures while devoid of figures of speech. Boring, in other words, tediously focused on the tediously mundane.

But note that regulating fisheries is only something that matters if the world is worth caring about — if its end is not imminent, or if we don’t act as though its potential end means it is all meaningless. While his colleagues were worried about running home to get right with God before the end, Davenport was working to ensure that their children and grandchildren and great-grandchildren would still have fish to eat. As Whittier saw, there’s poetry and beauty in that.

• I’m late on mentioning this, but some of my favorite bloggers were recently profiled and interviewed in the pages of Cosmopolitan. Sarah Stankorb’s “Inside the Scam of the ‘Purity’ Movement” introduces Cosmo readers to some of the women who’ve been offering the sharpest critiques of purity culture, including Dianna E. Anderson, Samantha Field, Emily Joy, Linda Kay Klein, and Lyvonne Picou. (Search all of those names in Twitter. Click “follow.” You’re welcome.)

It’s odd to realize that Cosmopolitan, of all places, provided a thoughtful look at this important rethinking of white evangelical culture, while most of the evangelical press either ignores it completely or else briefly covered Josh Harris’ own semi-apology at face value without consulting the voices of these women. But then maybe that’s a good thing, since Cosmo wound up treating their faith and their faith-shaped thoughts with more respect than I would expect most of the religious press to treat their feminism.

It’s also weirdly heartening to see the continuing positive evolution of magazines like Cosmopolitan (which I used to think of as a series of photo-spreads designed to induce eating disorders broken up by short quizzes designed to end relationships). Cosmo still has a way to go to catch up to Teen Vogue. But, wow, if I’d read the previous sentence 20 years ago, I’d never have guessed it would mean what it means today.

• The title of this post is the title of a song on the self-titled debut from They Might Be Giants, back when the Johns were still living in Hoboken and using their answering machine as a 20th-century SoundCloud.

I came to relate to this song much more in the early ’90s, when we got the first big wave of articles and op-eds blaming “Generation X” for killing everyone’s dog. And I’ve thought about this song a lot lately when reading all those dumb “Millennials are killing _______” pieces. (1 Timothy 4:12 anyone?)

Lately though, I’ve had this bouncing around in my head for a different reason. Trump’s weird nonsense about wind power causing cancer somehow turned into an earworm for me of “Wind cancer killed my dog.”

April 12, 2019 LBCF, No. 231: 'Anna Nicolae Carpathia'
Recent Comments
0 | Leave a Comment
"Unfortunately, given his recent history, I wouldn't blame anyone who thinks that he's lying through ..."
reynard61 Much obliged
"William Barr says there is no evidence of widespread fraud in presidential electionWatching Trumpists explain ..."
Sparafucile Much obliged
"The end of an era, and the beginning of Arecibo Super Extreme Skate Park."
damanoid Much obliged
"The photog said four showed up, and two took it down. They didn't even need ..."
Mits Much obliged
Browse Our Archives
get the latest from
slacktivist
Sign up for our newsletter
POPULAR AT PATHEOS Progressive Christian
1