‘The Lady Vanishes’: Growing up anti-abortion

Somehow I am only realizing, just now, that there was a 1979 remake of The Lady Vanishes — with Cybil Shepherd, Elliot Gould, and Angela Lansbury. I have never seen this. I had never heard of this. It is on YouTube. For free. I must watch this.

The 1938 original, directed by Alfred Hitchcock, is one of my favorite movies. It’s suspenseful and delightful and utterly charming. It stars Margaret Lockwood as a young woman on a train journey through some vague fictional central European country on the eve of World War II (the war hadn’t started yet when this movie came out but it is, among other things, a rather loud alarm that Europe was on the brink of it). She befriends an odd, kindly older British woman with whom she shares tea, but when she returns later to meet the woman for dinner, the woman is nowhere to be found.

Stranger still, everyone else on the train insists the woman was never there. It’s confounding and infuriating and mysterious. (We would say that poor Margaret Lockwood was being gaslighted, but the movie Gaslight didn’t come out until six years later.) With pluck and determination Lockwood unravels the mystery, which turns out to involve Nazis and espionage. It’s the classic Hitchcock formula of an innocent hero unwittingly embroiled in an international scheme. 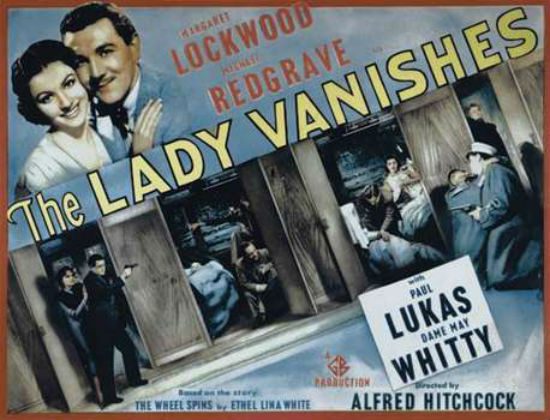 I came to relate to Margaret Lockwood’s character a bit because I grew up evangelical. That means, of course, that I was taught by my church and by the private fundamentalist Christian school I attended that abortion is murder and that opposing legal abortion is the paramount moral, religious, and political duty of good Christian folks like us.

But I am also 50 years old (soon to be 51). And that means that I am also old enough to remember being told and taught something very different by my family and my church.

I remember, for example, a church potluck dinner where I sat with my mother and the women she taught in the “old ladies” Sunday school class. They were discussing the various matters on their prayer list. The women of the Berachah Sunday school class were prayer warriors. Yes, their very active phone-tree “prayer chain” was also sometimes a kind of proto-social media and thus a pipeline for gossip, but if anyone they knew of was sick or out of work or otherwise in trouble of any kind, this little battalion of women was going to pray about it. A lot. They were going to make sure that God was fully apprised of the situation and they were going to plead and insist and demand that God did something about it.

At this particular potluck dinner, in between bites of one another’s casseroles and Shake ‘n Bake chicken, they were discussing someone who was going through a “difficult” pregnancy. It apparently didn’t look good, and while these women were fierce pray-ers, they were also realists and seemed to be calibrating their prayers toward what they saw as the best possible outcome: that this woman’s life and health would be saved for the sake of the children she was already raising, and that perhaps too her hopes of having another child someday might be saved as well.

The most important thing, they all agreed, was that at all costs she mustn’t go to the Catholic hospital. That, they feared, could be a fatal step, because the Catholic hospital would be more concerned with saving the pregnancy — even though that seemed futile — than with saving the life and health of this young mother. And that, these devout fundamentalist Baptist women all knew and believed, was simply wrong. The life of the mother, they all knew — with utter confidence and moral certainty — was more important than the potential life who wasn’t expected to survive this difficult pregnancy.

It was then that my mother, as she often did, cited her brother-in-law, my Uncle Win, Doctor Gibbs. He had started his medical career as an OB/GYN, taking over at a small central Pennsylvania hospital that was in the middle of an infant mortality crisis. He had realized that the real problem there was a maternal mortality crisis. If they were among the worst hospitals for infant mortality in the state, he argued, it was because they were among the worst for maternal mortality in the country. “Take care of the mothers first and that will take care of the babies,” was how my mom paraphrased his approach. (And he was proved right. It worked. My uncle was a very good doctor.)

I remember this conversation because it was one of those rare times as a child that I got to hear the adults speaking more candidly than they usually would around us kids because they were (wrongly) assuming I wasn’t either paying attention or capable of understanding what they were saying. I didn’t understand all of it, of course — I was a kid — but I was desperately soaking it all in while doing my best to appear otherwise engaged picking the carrots out of my Jell-o “salad” (New Jersey church-potluck cuisine in the 1970s involved a lot of Jell-o).

And this was not the only time I heard people at my church express similar warnings and concerns about the immorality of Catholic hospitals. It was common wisdom, frequently repeated, throughout my childhood.

That all changed after Reagan. It got flipped on its head. Suddenly — astonishingly suddenly in retrospect — we all decided that the Catholic hospitals had been right all along. We decided that the proper thing to do was to make the pregnancy all that mattered and to regard the mother as mattering far less, if at all, and that any other approach was murderous baby-killing secular humanist moral relativist liberal feminist evil. The fact that this would mean more babies dying and more mothers dying– as my own uncle’s career had shown — was simply irrelevant.

We knew this was so because Reagan freed the hostages and because we had seen Francis Schaeffer standing next to weird piles of plastic baby dolls on the shores of the Dead Sea and how could one argue with that?

All that earlier concern for the life and health of the mother, all that urgently correct and moral regard for prioritizing her life and the wellbeing of her already existing children? Gone. The lady vanishes. She becomes invisible, inconsequential, meaningless. If we ever thought of her at all again, it would only be to recast her as somehow the villain of the story.

When I say we all decided this, that includes me. I may have been told and taught one thing when I was younger before being told and taught its opposite a few short years later, but that became was I was thenceforth insistently and dogmatically told and taught. Questioning that didn’t seem to be an option. And I mostly didn’t try to make it one.

But I also didn’t forget. I mean, I was there. We had talked about this quite a bit. I remembered that. As Margaret Lockwood repeatedly says in The Lady Vanishes, “I know what I saw.”

Alas, I didn’t respond to this weird reversal with the courage and confidence that Lockwood displays in that movie. I went along. I went along with going along. “Are you all sure I was sitting alone at tea? I would have sworn I was sitting with this old British lady — it seemed so real … But OK, if you all say so. Silly me. You’re right, I should just drop the whole thing. Never mind.”

Still, though, it didn’t go away completely. It lingered as a nagging memory — one I was discouraged, with threats of severe punishment, from thinking about in any greater detail.

And I let it just sit there, like a minor toothache I could mostly ignore, only very rarely poking at it with my tongue to confirm that it hadn’t yet gone away completely.

I’m sorry to say that the nagging in the background didn’t really insist on more of my attention until years later. And to tell that part of the story, we’ll take a look at another classic from Hitchcock.

To wrap up this part of the story, allow me to just reiterate the basic points: 1) The Lady Vanishes is a great movie and you should watch it; and 2) Don’t be anti-abortion. It gets people killed and rots your soul. It does no good and a great deal of harm to many others and to yourself.

May 15, 2019
Alabama just unloosed an army of Raskolnikovs. This will not end well.
Next Post