What kind of conditions can we expect to develop in these border camps? The longer a camp system stays open, the more likely it is that vital things will go wrong: detainees will contract contagious diseases and suffer from malnutrition and mental illness. We have already seen that current detention practices have resulted in children and adults succumbing to influenza, staph infections, and sepsis. The US is now poised to inflict harm on tens of thousands more, perhaps hundreds of thousands more.

Along with such inevitable consequences, every significant camp system has introduced new horrors of its own, crises that were unforeseen when that system was opened. We have yet to discover what those will be for these American border camps. But they will happen. Every country thinks it can do detention better when it starts these projects. But no good way to conduct mass indefinite detention has yet been devised; the system always degrades.

David Dayen, “The Shame of Our Border Cruelty”

To the extent there’s a strategy here — and really there isn’t, the spectacle of depravity is a response to demand for it — it’s that word of this brutality will travel down to the Northern Triangle, and asylum seekers will not dare make the journey into the heart of darkness again. The problem with this is that it hasn’t worked, at all. The continued flow of migrants across the border, escaping their own violence and cruelty at home, proves the point that these are actual asylum seekers, willing to brave subjugation at the hands of the Customs and Border Patrol, because otherwise they would face a deeper misery and death.

… Thinking about whether middle America is ready for a more welcoming immigration policy while state-sponsored torture is occurring would be like wondering about the political practicalities of busing while the bodies of the three civil rights workers in Mississippi during Freedom Summer were exhumed, or the four little girls at the church in Birmingham, Alabama. The state is carrying out a sadistic fantasy, repressing Hispanic men, women, and children for sport. They’re doing it intentionally, with purpose and glee. The primary question, the only question worth asking, is what those in power, and those of us with only the power to enter the streets, are going to do about it.

And when it is investigated, it’s pretty tough to prove — not because of the crime’s high proof threshold, but because of how little evidence about it we bother to collect. There is, for example, a national backlog of hundreds of thousands of untested rape kits. And behind that big number are stories that don’t get told: Rather than heal or wash or even change after being attacked, these women went straight to the hospital, where they had to undress, subject themselves to intrusive physical exams, and get interrogated. And then nothing happened. No one did anything with the evidence they offered at great personal cost. (Actually, that’s not true: According to a CNN investigation, 25 law enforcement agencies in 14 states were found to be destroying rape kits in cases that could still be prosecuted. “This was a routine process, they said, done to make space in evidence rooms.”)

Adam Serwer, “What Americans Do Now Will Define Us Forever”

White nationalism was a formal or informal governing doctrine of the United States until 1965, or for most of its existence as a country. Racist demagogues, from Andrew Johnson to Woodrow Wilson, have occupied the White House. Trump has predecessors, such as Calvin Coolidge, who imposed racist immigration restrictions designed to preserve a white demographic majority. Prior presidents, such as Richard Nixon, have exploited racial division for political gain. But we have never seen an American president make a U.S. representative, a refugee, an American citizen, a woman of color, and a religious minority an object of hate for the political masses, in a deliberate attempt to turn the country against his fellow Americans who share any of those traits. Trump is assailing the moral foundations of the multiracial democracy Americans have struggled to bring into existence since 1965, and unless Trumpism is defeated, that fragile project will fail. 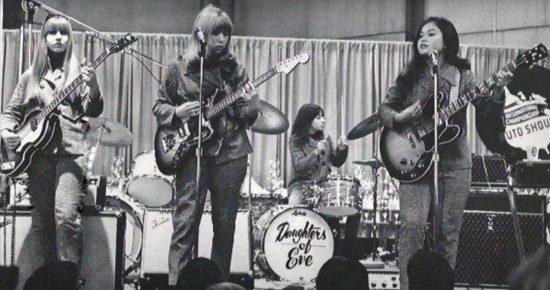 Progressive Christian
Is it all in my mind? Cause it...
slacktivist

Still a ways away
Tim LaHaye versus Wheaton College, Purity Culture versus Old Man Dunphy, and...
view all Progressive Christian blogs
What Are Your Thoughts?leave a comment
Copyright 2008-2021, Patheos. All rights reserved.