When the racist chants are cool, but the cussing concerns you

Gabby Orr writes about the one thing Trump does that slightly rankles his white evangelical fan club: “‘Using the Lord’s name in vain’: Evangelicals chafe at Trump’s blasphemy.”

The residents of Hardesty’s district — he’s a Trump-supporting West Virginia state senator — were calling to complain that Trump was “using the Lord’s name in vain,” Hardesty recounted. …

Here’s what he would have seen: Trump crowing, “They’ll be hit so goddamn hard,” while bragging about bombing Islamic State militants. And Trump recounting his warning to a wealthy businessman: “If you don’t support me, you’re going to be so goddamn poor.”

To most of America, the comments went unnoticed. Instead, the nation was gripped by the moment a “send her back” chant broke out as Trump went after Somali-born Democratic Rep. Ilhan Omar, an American citizen. But some Trump supporters were more fixated on his casual use of the word “goddamn” — an off-limits term for many Christians — not to mention the numerous other profanities laced throughout the rest of his speech.

White evangelicals teach and have been taught to believe that “taking the Lord’s name in vain” means avoiding blasphemy by enforcing verbal taboos. This is what they think blasphemy is — a linguistic sin, something one says rather than something one does or something one becomes. So if they avoid uttering forbidden phrases like “goddamn it” or “Jesus Christ!” they’ve convinced themselves they are complying with the prohibition against “taking the Lord’s name in vain” from the Ten Commandments. 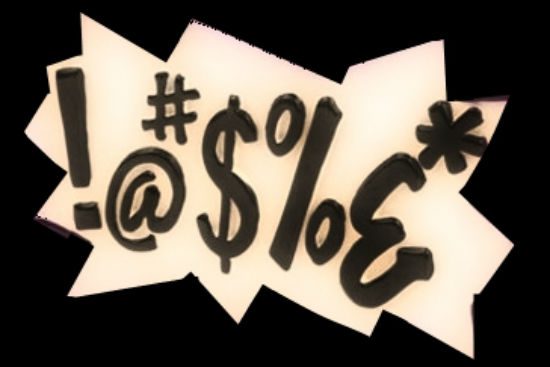 Here again is what the book of 1 John says about blasphemy and the empty invocation of God’s name: “Those who say, ‘I love God,’ and hate their brothers or sisters, are liars; for those who do not love a brother or sister whom they have seen, cannot love God whom they have not seen.”

But white evangelicals have convinced themselves that none of that has anything to do with “taking God’s name in vain.” Blasphemy, they imagine, just means swearing. It involves what you say when you hit your thumb with a hammer, or when somebody cuts you off in traffic, or when you’re trying to say something emphatic.

Zounds, that’s as dumb as it is sinful. If your goal was to be a “whitewashed sepulchre,” this is exactly the kind of hollow performative piety you’d adopt and enforce.

Look, Christian faith is supposed to be something that shapes who we are, and that includes who we are when we hit our thumb with a hammer. Avoiding profanity can be a helpful tool for helping us to become better people — a kind of spiritual discipline or the sort of thing that people these days call “mindfulness.” That’s all good, just like tithing one’s dill and cumin can be a constructive form of the same kind of thing.

* “The love of God” there is another phrase that can be understood as an empty piety — a heavenly mindedness that’s of no earthly relevance. Here again I would remind us of those words from 1 John — we cannot say we love God unless we love our neighbors.

We could also read that phrase — “the love of God” — such that those words of God do not describe the object or direction of our love, but rather the nature and character of that love. “The love of God” can mean the love that is like God’s love — that we are to love the way God loves. And that means loving the poor, the outcast, the widow, orphan, alien, refugee, the oppressed and the enslaved. Because, after all, if we’re going to talk about the Ten Commandments we should always start with No. 1.

About that photo op in front...
The Empty Pew
Related posts from slacktivist