… All others pay cash

• “You can be the worst, most disrespectful person towards the actual tenets of the faith so long as you insult and belittle the people who don’t share the faith.”

Very much related: “‘I can say whatever I want, to whoever I want!’ Smith told police.”

Smith is also a white evangelical minister and president/founder of an “evangelical hands-on ministry devoted to helping hurricane victims in North America and the Caribbean.” I wonder just what kind of help that ministry provides. But in any case, “I can say whatever I want, to whoever I want!” is about as concise a summary of Trump-supporting white “Christianity” as you’ll ever see.

• The Bad News is that the (white) Christian nationalist “Project Blitz” is managing to push its next-to-of-course-god-america agenda of white sectarian hegemony through the bush leagues of state legislatures.

The Better News is that these folks aren’t the sharpest tools in the shed. This is a movement, after all, that considers David Barton its leading intellectual superstar. And so even though they’ve got hundreds of white culture warrior state legislators eagerly rushing to assist their agenda of establishing Bartonism as a privileged state religion, they’re not really good at it. Hence things like the weird “In God We Trust” legislation they’ve rammed through in several states, requiring schools and other public spaces to post that second-string motto on a wall somewhere. (This has more to do with their hatred for America’s previous motto — E pluribus unum — than it does for any reverence for any referent labeled there as “God.”)

It seems the group’s copy-and-paste legislation, as passed recently by the commonwealth of Kentucky, didn’t include any specifics for the size or form of this You Must Post This Motto rule. And so, as Hemant Mehta reports, one Kentucky school district found an elegant solution to this unfunded mandate: “Instead of, say, painting the Christian phrase in gigantic letters in some hallway, the board sent each school a framed copy of the back of a one dollar bill.” 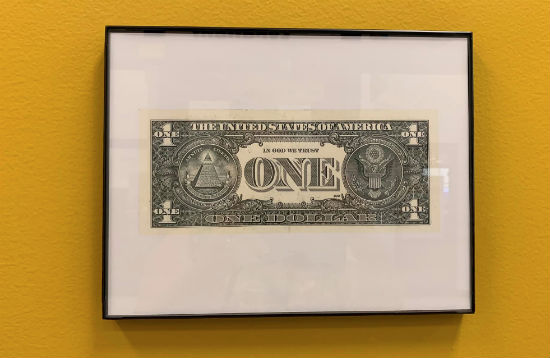 But despite getting kicked off of ESPN, Schilling is threatening to run for Congress as a Trumpublican in Arizona.

Former Phillies closer Mitch Williams remains wildly — and hilariously — not fond of his former teammate. If Schilling runs, his opponents — in the primary as well as the general election — really ought to fly Wild Thing out there for a few press conferences and rallies. (Although they may need to have a 3-second delay and a bleeper set up for his microphone.)