Be a chaplain ev’ry day

Libman makes a sponge mop they call “The Big Gator.” It’s green, see, with a row of bristles that kinda sorta look like teeth, maybe. And the wringer snaps together the two halves of the sponge end kind of like an alligator’s mouth snapping shut. Hence “Gator.” It’s a pretty good sponge mop if you’re looking for one.

So anyway, last year when I was on day shift at the Big Box, this middle-aged guy came in looking for a mop and he’s checking out one of those. He’s also dressed head-to-toe in Florida State gear: maroon FSU baseball cap and sweatshirt, maroon sweatpants with “Seminoles” in big block letters down one leg. 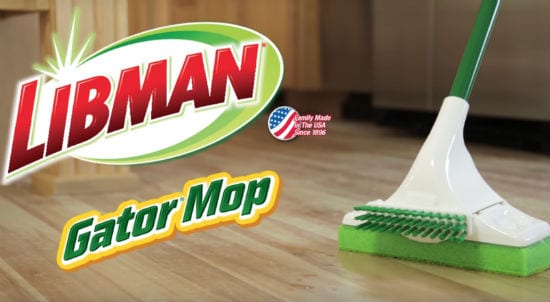 I stepped closer to ask if he was finding what he needed and he kind of shrugged without looking up. “I guess,” he said.

“Are you sure you’re OK with buying a mop called ‘The Big Gator’?” I asked, and he looked at me, genuinely confused.

So I started to explain that I was joking about the Florida/Florida State rivalry and babbled for a bit about that before just saying, “Never mind, sorry. That’s a pretty good mop, that’ll work for you.”

Then, looking down at the floor, the guy just says, “My son went to Florida State.” It’s almost a moan. His voice catches a little bit and he seems so deeply sad that I’m thinking the son must’ve died in some horrible accident just after graduation.

But that’s not it. The guy pulls himself together a bit and starts telling me about his son, what he studied in college, the new job he’s gotten down in Florida since he graduated. He’s beautifully proud of that kid, but it seems the son is so busy with his exciting new job and his exciting new life that he’s lost touch with his dad. So at first I’m thinking, “OK, so the son’s fine, he just hasn’t called in a while and everything’s good” but the more the guy talks the more I realize how genuinely he’s hurting over that.

We stood there in the cleaning-supplies aisle for about 15 minutes as he talked about his son and I just kind of listened, occasionally saying something like “Uh-huh” or “that’s great” or just generally the sort of things that a talk-show host might say to prod a guest to keep talking. The man desperately needed to say all this — to tell someone, anyone, about the son he was so proud of and that he loved so much. And I had just happened to be the first person he could find to tell it to. He needed to say all this out loud to another human being, even just to some stranger in an orange apron.

Happily, I didn’t need to supply any profound words of wisdom. I didn’t have to know or to think up just the right magic phrases of counsel or consolation. I just had to stand there, present, listening while this man explained that he loved his son, in exchange for which I had the privilege of looking him in the eye and saying, “Yeah, you do.”

Turns out that was what he needed. He stood up a little straighter and then, with both of us slightly embarrassed in the aftermath of something unexpectedly holy, I loaded him up with some Big Gator refills and a jug of Pine Sol and sent him on his way.

And when I got off of work that day, I called my dad.

Growing up in white evangelicalism, I was always taught that it was my duty — my burden — as a Christian to be an “evangelist” and a “missionary” in the workplace. “Be a missionary ev’ry day,” we sang in Sunday school. If we weren’t proselytizing our friends at school, or our co-workers at the office, or strangers at the bus stop, then we were complicit in their eternal damnation.

One of the best descriptions of this burden comes from Annie Dillard’s Teaching a Stone to Talk, in which she recounts ringing a stranger’s doorbell to ask the homeowners for their permission to walk along Tinker Creek as it passes through their property:

The woman was very nervous. She was dark, pretty, hard, with the same trembling lashes as the boy. She wore a black dress and one brush roller in the front of her hair. She did not ask me in.

My explanation of myself confused her, but she gave permission. Yes, I could walk their property. … She did not let me go; she was worried about something else. She worked her hands. I waited on the other side of the screen door until she came out with it: “Do you know the Lord as your personal savior?”

My heart went out to her. No wonder she had been so nervous. She must have to ask this of everyone, absolutely everyone, she meets. That is Christian witness. It makes sense, given its premises. I wanted to make her as happy as possible, reward her courage, and run.

She was stunned that I knew the Lord, and clearly uncertain whether we were referring to the same third party. But she had done her bit, bumped over the hump, and now she could relax.

This is exactly the kind of thing that inevitably results from teaching Christians that they are obliged to be “evangelists” or “missionaries” to their co-workers. It’s awful for everyone involved.

So let me suggest an alternative: Don’t be an “evangelist” in the workplace. Be a chaplain instead.

Just be present and available. You don’t need to supply advice or wisdom or sage spiritual counsel. You pretty much just have to stand there or sit there saying, “Uh huh, go on” or “Jeez” or “I’m sorry, that sucks.” That’s 99% of it, really, and even if we never have any clue about the other 1% and flub it entirely, we’ll do fine as long as we get that part right.

And despite what was relentlessly taught to me and to that poor woman long Tinker Creek, I’ve come to believe that this is what “Christian witness” really looks like. It’s far less likely to make people want to run away, for one thing, and I suspect that’s a hint that it might just be a better approach.