You can read this entire series, for free, via the convenient Left Behind Index. The ebook collection The Anti-Christ Handbook: Volume 1, is available on Amazon for just $0.99. I hereby order an SEC investigation of stock manipulation via Twitter. Volume 2 of The Anti-Christ Handbook, completing all the posts on the first Left Behind book, is also now available. Volume 3 is coming someday.

If this were a musical, the conflict between Buck and Chloe would have been resolved already. Instead of 30+ pages of utterly pointless, circular dialogue, we’d have had a four-minute song ending in an embrace.

What we have here is less a conversation than a record of the strange things these two people are saying instead of having the conversation they ought to be having:

“As I told you in my note that Sunday, I was attracted to you.”

“Not only to me, apparently.”

Buck was speechless. “Not only to you?” he repeated.

“Just go on with your speech.”

Speech? She thinks this is a speech? And she thinks there’s someone else? There hasn’t been anyone else in years! Buck was deflated and thought of giving up, but he decided she was worth it. Misguided, jumping to strange conclusions for some reason, but worth it.

“Between Sunday and Friday night I did a lot of thinking about us.”

That italicized bit is what Buck thinks, but he doesn’t say any of that. Had he done so, directly asking, “You think there’s someone else?” then she might have answered just as directly and the reader would have been spared another 10 pages of this nonsense.

There are some entertainingly odd bits scattered throughout where once again we’re reminded of Jerry Jenkins’ strange ear for dialogue:

“I realized that Friday night I was giving you mixed signals,” he said. “Well, maybe not so mixed. I was pulling away.”

“There wasn’t much to pull away from.”

“But we were getting there, weren’t we?” Buck said. “Didn’t you think we were going to progress?”

I’m fairly certain no human being, in the context of discussing a potential romantic relationship, has ever asked that question in that way. “Didn’t you think we were going to progress?” And if anyone ever has, I would guess the answer was “No.” 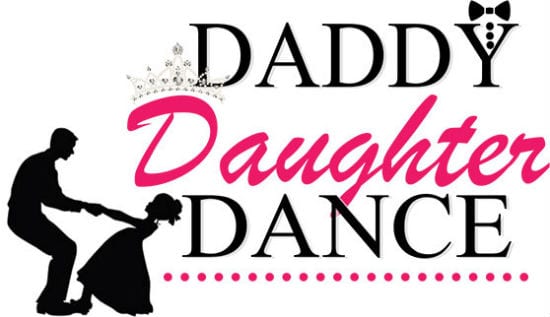 What we have here is a disagreement between a male character and a female character. We thus know how this is going to end. The pattern was established with Rayford and Hattie and reinforced with Stanford Bailey and Verna.

And here it happens yet again.

“Chloe, I’m going to have to ask you something, and I don’t want you to take it the wrong way. This may sound a little condescending, even parental, and I don’t mean it to be.”

We’re in the middle of a scene, keep in mind, that LaHaye and Jenkins regard as romantic comedy. This is their idea of flirtatious banter.

More than that, this scene — like the earlier lecture Rayford delivered to Hattie beneath his Hand of Silence — is meant to serve as advice. Male readers confounded by independent-minded females are meant to take this as an example of what to say and how to say it because secretly all women wish for men with the commanding authority to put them in their place.

Any women readers who might think otherwise are meant to regard this scene not as advice, but as a warning.

We’ll get to the misogyny in a moment, but since we’re dealing with advice here, let me just chime in with this: If you ever find yourself starting a sentence with “This may sound a little condescending …” then it might be best not to finish that sentence.

“I’m going to ask you not to say anything for a minute, all right?”

Buck came just short of raising his voice. He knew his look and tone were stern, but he had to do something. “Chloe, you’re not listening to me.”

Clearly she is listening to him. Part of the reason he’s getting all sputtery-“stern” is that she just repeated back to him what he told her. Twice. That means she’s listening.

But as we’ve seen before, L&J don’t always use the word “listening” the way the rest of us do. For them, the word often means something more like, “Admitting you’re wrong and I’m right and apologizing for ever having disagreed with me.” As in, “Just listen while I explain how you must be saved.”

“Chloe, you’re not listening to me. You’re not letting me finish a thought. There’s some subtext here I know nothing about, and I can’t defend myself against mysteries and fantasies. You keep talking about not sharing me — is there something you need to ask me or accuse me of before I can go on here?”

Buck was right — that did sound condescending and parental. And also really, really hostile. Again, he’d have been much better off — more to the point and less like a douchebag — if he had instead said aloud what he was thinking earlier: “You think there’s someone else? There hasn’t been anyone else in years!”

So OK, then, fairly awful. But it gets worse, because now we cut back to Rayford’s POV where he’s eavesdropping from upstairs:

Rayford, who had been lying still and nearly holding his breath trying to listen, had heard very little of the conversation until Buck raised his voice. Rayford heard that and silently cheered.

Let me repeat that:

Buck raised his voice. Rayford heard that and silently cheered.

There’s an accidental acknowledgment here of something Jenkins unwittingly describes but likely wouldn’t admit. Guys like this, guys who think like Buck and Rayford do in this scene, always think they’re coming “just short” of raising their voices when, in fact, they are raising their voices. Somehow guys like that never admit they’re yelling. If you point it out to them, they’ll usually say, as Buck does here, that they “had to do something.”

So why is Rayford cheering when Buck starts yelling at his daughter? Because, for Rayford, this is what a father is supposed to do — he’s supposed to get stern and parental, chastising his daughter when she forgets her place. And this whole scene — orchestrated by Rayford through his “coded banter” on the phone and his pretend-to-be-in-the-shower ploy — was set up to audition Buck for the role of Chloe’s second father, which is how Rayford thinks of the role of a husband.

Rayford is cheering here on behalf of the authors. From their perspective, a husband is a kind of father to his wife. If that sounds paternalistic, then I’m describing it correctly. “Paternalistic” is not a term the authors would find uncomfortable.

This is the even creepier flip side of those squicky “Purity Balls,” in which fundamentalist fathers pin corsages to their daughters before taking them out on dates. It’s not just — ick — that these fathers treat their daughters like girlfriends, but also that these daughters are being trained — double ick — to one day regard their husbands as fathers.

The eavesdropping Rayford can’t hear what is said next:

He moved to the doorway and called down to them. “Could you two either speak up or just whisper? If I can’t hear, I’m going to sleep!”

Not an original joke, yet sometimes, in other contexts, an amusing one. Here, with Rayford wanting them to speak up so he doesn’t miss Buck’s condescending and parental yelling at his own daughter, it’s just skeevy.