“It’s official: Christian nationalism now has its own think tank.”

“While there is no question that the adopting these folk theories of just war would be disastrous for the US and for the world, there’s also little reason to think that Trump will pay any price for doing so.”

“The Supreme Court’s conservative majority is ready to take a wrecking ball to federal regulations. By doing so, the court could jeopardize a vast swath of laws that govern pollution, Wall Street, wage and hour rules, campaign finance limits, and more.”

“What could explain this totally non-mysterious difference between the voting patterns of white and non-white working class voters?”

“One of the payday lending industry’s leading trade associations has bankrolled the measure, making plain the connection between a lack of income and the spread of predatory financial services.”

“Welcome to the magistrate courts of South Carolina, where citizens often must fend for themselves before judges lacking formal training in the law and whose errors can result in punishing consequences for defendants.”

“In past editorials, Menashi, who is currently Trump’s White House legal aide, compared race data collection in college admissions to Germany under Adolf Hitler; denounced women’s marches against sexual assault; opposed the ‘radical abortion rights codified in Roe v. Wade;’ accused the Human Rights Campaign of having ‘incessantly exploited the slaying of Matthew Shepard’ for political benefit, and claimed that a Dartmouth fraternity wasn’t being racist when it held a ‘ghetto party’ attended by white students donning Afros and carrying toy guns.”

“A senior Trump administration official has embellished her résumé with misleading claims about her professional background — even creating a fake Time magazine cover with her face on it. … Mina Chang, who assumed her post in April, also invented a role on a U.N. panel, claimed she had addressed both the Democratic and Republican national conventions, and implied she had testified before Congress.”

“An anti-abortion group that came under fire for failing to provide services to thousands of Texas women must repay $1.5 million in overpayments and prohibited costs. …Forensic accountants found the group had paid medical providers hundreds of thousands in excess fees, had overspent on payroll and fringe benefits, and had expensed thousands in unallowable costs like food, gift cards, clothing and retail membership fees.”

“Only a few days ago the president of the United States was held liable by judge of defrauding veterans to the tune of millions of dollars via a fake charity he used for vainglorious personal and campaign expenses.” 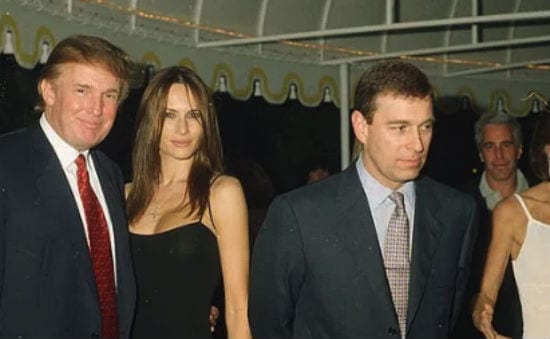 “The law subsidized sterilizations for patients who received their health care through the Indian Health Service and for Medicaid patients, and black and Latina women were also targets of coercive sterilization in these years.”

“The vision was that eventually there would be no more BIA, no more tribal governments, no more reservations, and no more Native Americans.”

“It’s an obsession by the federal government that Hispanics shouldn’t be here.”

“It was basically an early colonial version of Footloose.”