That time a ‘pro-life’ terrorist bombed the Olympics

After the Centennial Olympic Park bombing left two dead and more than 100 injured in Atlanta, the FBI dropped the ball by focusing its investigation on an innocent man. That was very bad for the innocent man in question — security guard Richard Jewell. For the next three months, his life was turned upside down by an aggressive criminal investigation and national media scrutiny.

What happened to Jewell was grossly unfair, but was far from the worst consequence of the FBI’s wrong turn in the case. The weeks the agency wasted chasing the wrong man let the trail go cold on the actual perpetrator. He avoided justice for another two years — committing at least three more bombings, including one that left a police officer dead.

That’s why the ad campaign for Clint Eastwood’s new movie about Richard Jewell is so gross. That ad campaign calls Jewell “the real victim” of the Atlanta Olympic bombing — which conveys a weird disregard for Alice Hawthorne and Melih Uzunyol who actually died in that attack, and for the 111 people injured in that crime. It also callously erases Officer Robert Sanderson, who was killed in one of the bomber’s subsequent attacks.

Richard Jewell did not seem to imagine himself to be the “real victim.” He returned to the site of the bombing every year to lay flowers at the spot where Alice Hawthorne died. 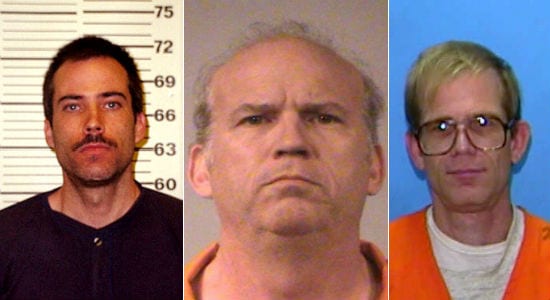 The real bomber wasn’t arrested until a year and a half after the FBI ended its investigation of Jewell. The arrest of Eric Rudolph was headline news, but it wasn’t nearly as big of a media event as the initial investigation of the wrong man had been. That’s partly because news outlets were overly cautious in dealing with a story they had gotten so wrong two years before. But it was also because Rudolph was an anti-abortion and anti-gay terrorist and those forms of terrorism are always treated differently in media reports.

News outlets don’t want to appear partisan, after all, so when someone bombs two women’s health clinics and a lesbian bar, they feel obliged to acknowledge that the terrorist’s views are “controversial” and that there are fine people on both sides of the issue.

Here is Eric Rudolph’s own explanation for his attack on the Atlanta Olympics:

Rudolph identified himself as a Catholic, and also was (and still is) involved with the white supremacist Christian Identity movement — a radical Christianist sect that seeks a white Christian America. That’s all sourced and documented in the Wikipedia page for Rudolph, which also includes this bizarre grisly detail of his case:

Rudolph’s family supported him and believed he was innocent of all charges. They were questioned and placed under surveillance. On March 7, 1998, Rudolph’s older brother, Daniel, videotaped himself cutting off his left hand with a radial arm saw in order to, in his words, “send a message to the FBI and the media.”

Doctors were able to surgically reattach Daniel Rudolph’s hand, so he’ll be able to applaud with both hands when he goes to see Eastwood’s movie portraying “the FBI and the media” as the “real” criminals of the Centennial Olympic Park attack.

I benefitted indirectly from the FBI’s initial bungling of the case. Their pursuit of the wrong man led media reports to misunderstand and misrepresent the nature of that crime. The national discussion was misplaced, becoming focused on the idea of firefighter-arsonist types — disturbed loners and Munchausens who create chaos to provide themselves a chance to be “heroes.” (That’s a thing that does really happen, sometimes, but it was not at all the case in Atlanta.)

With media reports chasing after imaginary motives for the wrong suspect, we didn’t have any national discussion of the actual motives of the actual killer. The Atlanta Olympics bombing thus did not produce the kind of perfunctory national conversation about anti-abortion violence that customarily follows such lethal acts. And people like me were thus spared the task of writing perfunctory condemnations of such violence.

See, in 1996 I was working for a “pro-life” white evangelical nonprofit. We devoutly and sincerely pretended to believe that abortion is indistinguishable from murder. That meant that every time some person unhinged enough to take that idea literally actually acted on it, we were forced to issue a statement condemning their violence, distancing ourselves from their crimes, and explaining that just because we said that millions of innocent “babies” were being “murdered” didn’t mean we believed Christians were obliged to respond in any way other than voting every four years to support lower taxes on capital gains.

After another lethal act of anti-abortion violence ten years ago, I wrote about writing one such statements back in 1994, two years before the Centennial Olympic Park bombing. This involved the murder of two people at a Florida health clinic:

In 1994, as now, the mainstream evangelical groups responded to the slayings in Pensacola by saying all the right things — offering a raft of statements unambiguously denouncing the violence and condemning Paul Hill’s actions.

I remember those statements very well because I wrote one of them. In the ’90s, I was the staff writer for an evangelical — and, therefore, anti-abortion — nonprofit, and so it fell to me to write the first draft of a statement after Paul Hill’s killing spree.

The statement we wrote was consistent with what our group had been saying all along. My boss, in whose name this statement was released, was a lifelong pacifist, a devout Mennonite who has, for decades, unfailingly opposed all forms of violence. And as a good Mennonite, his rhetoric too was always studiously nonviolent — peaceable to the point of blandness, actually.

But at the same time we were drafting and issuing this statement, I was reading dozens of similar statements from other evangelical groups whose rhetoric had never been marked by anything like my boss’s Mennonite pacifism. These were groups that routinely spoke of abortion as “murder” or “mass-murder,” and that routinely spoke of legalized abortion as an “American Holocaust.” They had, for years, been using precisely the same rhetoric and making exactly the same arguments that Paul Hill was now using to attempt to justify his double homicide.

Paul Hill argued that abortion was the moral equivalent of the Nazi Holocaust — just like the National Right to Life Committee, the Southern Baptist Convention, the Christian Coalition, Focus on the Family and dozens of other evangelical groups said it was. If that’s true, Hill said, then he wasn’t merely justified, but obligated to take up arms against abortionists. If you’re confronted with an evil equal in magnitude to that of Adolf Hitler — as all these groups insisted was the case — then surely one is obliged to do more than vote Republican every four years in the hopes of one day appointing enough judges to change the law of the land.  …

What I realized then, in 1994, as I watched these groups line up to condemn violence against “mass-murderers” and to renounce armed opposition to “the Holocaust,” was that these folks didn’t really mean any of it. They were horrified by the spectacle of someone taking their own rhetoric and arguments seriously. “We don’t really mean anything we say,” these groups rushed to announce. “We don’t really believe any of that.”

And since they no longer bothered to claim they believed it, I stopped trying to believe it too.

December 11, 2019
North Dakota conservatives seek to deny refuge to those in need
Next Post 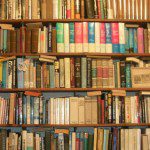 December 16, 2019 Pages from my memoirs (as written by other people)
Recent Comments
0 | Leave a Comment
Browse Our Archives
get the latest from
slacktivist
Sign up for our newsletter
POPULAR AT PATHEOS Progressive Christian
1