Ain’t no one gonna turn me ’round

It’s the birthday of Cynthia Robinson, who lives on in the lines “If I could hear the horns blow / Cynthia on the throne, yeah!” The trumpeter for Sly and the Family Stone also kicked that song off, sing-shouting “Get on up and dance to the music!”

It’s also the birthday of Felipe Rose of the Village People, Raekwon of the Wu Tang Clan, and Zack de la Rocha of Rage Against the Machine. Oh, and also of Sporty Spice. But let’s go with Big Star co-founder Chris Bell, who would’ve been 69 today. His most famous contribution might be “In the Streets,” which was reworked into the theme for That ’70s Show, but this track is prettier:

January 12 is also the birthday of Jack London. “To Build a Fire” shook me pretty hard when I read it in school, I think because it was one of the first stories I read that didn’t end how I expected or how I thought it was supposed to. Hit me with the same blow I felt years later at the end of Fallen.

And it’s the birthday of John Singer Sargent: 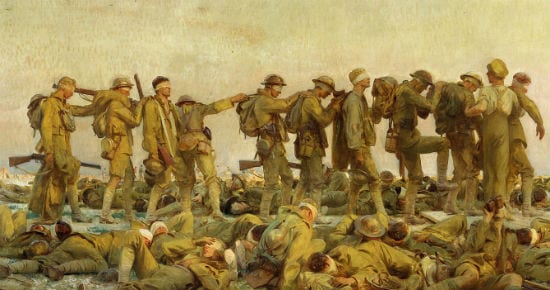 Do Canadians get free coffee today to celebrate the birthday of Tim Horton? Seems like they should.

Do Amazon warehouse workers get bathroom breaks today to celebrate the birthday of Jeff Bezos? Seems like they should.