“In April 2019, Facebook was preparing to ban one of the internet’s most notorious spreaders of misinformation and hate, Infowars founder Alex Jones. Then CEO Mark Zuckerberg personally intervened.”

“You cannot exactly personal responsibility your way out of cerebral malformations.”

“Those deregulated Texas residential consumers paid $28 billion more for their power since 2004 than they would have paid at the rates charged to the customers of the state’s traditional utilities.”

“The GOP’s push to weaken Section 2 [of the Voting Rights Act] dates back more than 40 years — and Roberts was a key foot soldier in that effort.”

“Because it puts us at a competitive disadvantage relative to Democrats.”

“A close ally of Georgia Republican Rep. Marjorie Taylor Greene took part in the January 6 mob at the Capitol and said he was among those who eventually made their way into the building.”

“A previous version of this article described the Three Percenters as anarchists. While the extremist militia group is anti-government, it embraces a militant form of authoritarianism and does not advocate for removing all societal hierarchies. We regret the error and apologize to anarchists.”

“Then, army press officers leaked stories to newspapers about black masses and satanic rituals taking place from republican Ardoyne in north Belfast to the loyalist-dominated east of the city.” 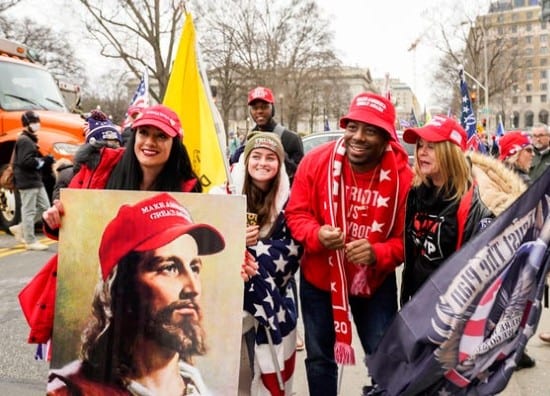 “The data show very clearly that where you had Black Lives Matter protests, killing of people by the police decreased.”

“I worked retail for years (several of them in Rochester, New York, in fact), and let me assure you that this is not a typical loss prevention strategy.”

“According to Perkins, LGBTQ people are evil, sick sinners who are pawns of the devil. And as such, we don’t even deserve to get cheese on ham sandwiches, to say nothing of equal rights.”

“Bethany Christian Services, the largest evangelical Protestant provider of adoption and foster care services in the nation, announced it will serve same-sex couples and other LGBTQ+ parents effective immediately.”

“Investigators also questioned Ravnsborg about whether he had been distracted by his cellphone, at one point saying they had data showing he had logged in to his Yahoo email account and pulled up a RealClearPolitics article just minutes before he called 911 to report the crash.”

“You are valued, you are loved, and you are employed on an ‘at-will’ basis.”

March 4, 2021
Remember the girl with the beehive hairdo?
Next Post

March 8, 2021 This is not a pastoral problem with a pastoral solution
Recent Comments
0 | Leave a Comment
Browse Our Archives
get the latest from
slacktivist
Sign up for our newsletter
POPULAR AT PATHEOS Progressive Christian
1