Don’t give yourself away

• A few years ago, we discussed the strange phenomenon of conservatives bemoaning and condemning Playboy magazine’s experiment with not publishing nude photos (“Donald Trump, ‘Playboy,’ and when bigots were kids“). One would have expected this change to be something they’d celebrate, since those same conservatives had spent several decades prior to then bemoaning and condemning the creation and existence of Playboy magazine.

But they didn’t like this change because it was a change, and thus prompted their reflexive response of standing athwart and yelling “Stop!” As conservatives, they want to go back to The Way Things Used To Be and, in that case, The Way Things Used To Be meant that Playboy published naked centerfolds. It seemed like they’d finally found something they regarded as worse than 7-Eleven stores selling Playboy — 7-Eleven stores not selling Playboy.

Read the whole thing because: A) Robyn is funny, and B) As someone who has to buy bras, she’s no friend of Victoria’s Secret. Plus, she nails the crux of it: “Conservatives aren’t being sex-positive here. They are, as usual, trying to make everything stay the exact same forever and ideally make things as crappy as possible for women while they’re doing so.”

• “It felt like cheating but also something like magic.” Travis Sawchik takes a long look at the measurable effects of the various sticky substances some baseball pitchers use to change the rotation of the ball. (Think of Gaylord Perry, but the opposite. One finding: Rosin works.) It’s a fascinating piece that reinforces my gratitude that Trevor Bauer signed with the Dodgers instead of with the Mets.

On a related note, let me say again that Jim Bintliff belongs in the Hall of Fame.

• Reading Jack Jenkins’ piece on the US Catholic Bishops’ public debate on the partisan restriction of sacraments — and even more so his live-tweeting thread during the event — I’m gobsmacked by the clueless arrogance of so many of these princes of the church.

They’re still partying like it’s 1955 — assuming that their possession of ecclesiastical authority entitles them to moral authority that will be recognized and deferred to by anyone who isn’t directly employed by their institution. They presume that everyone, everywhere, will respond to them by thinking “Ah, Catholic bishops, our moral betters to whom all heed and deference is due in matters of right and wrong.”

This is what happens when you’re so sure you’re someone who can “claim the moral high ground” that you never notice you’re up to your ears in moral quicksand. These guys are eagerly shining a spotlight on their purported moral superiority, apparently oblivious to what the rest of the world thinks of when we hear the word Spotlight.

Meanwhile, try the Google-news thing with “priest.” Yeah. And that’s without even getting into the whole matter of the mass graves for children at Tuam and Kamloops.

Yes, fine, #notALLCatholicBishops — I’m sure some of them might be exceptions to the rule and otherwise decent people. But knowing all that we know in 2021, the title of “Catholic bishop” carries a presumption of guilt, if not of depravity. Pick 20 people at random out of the phonebook and you’ll find greater moral wisdom and authority than you will from that mob. And those 20 people would have the wisdom and decency not to imagine themselves your superior and to assume you’ll hang on every word of their ponderous lectures.

• “Far-Right Activists Claim to Have Been De-Banked for Extremist Views. Wells Fargo Points to Other Reasons.”

Wells Fargo isn’t singling out these wingnuts because of their political views, this is just how the bank treats everybody who isn’t ultra-wealthy — with aggressive fees and fines and with rude and inscrutable customer service. So I say grab some popcorn, sit back, let ’em fight and root for injuries.

• Over at The Current of Improvement Leads Home, Jessica Hooten Wilson writes about Alexander Solzhenitsyn’s famous 1978 commencement address at Harvard University. Solzhenitsyn had some profound things to say in that speech, but it was also mixed through with what amounts to many “kids these days” banalities, railing against “TV stupor” and “intolerable music.”

And that bit about “intolerable music” is just defiant ignorance. While Solzhenitsyn was speaking at Harvard, Vaclav Havel was smuggling Velvet Underground records into Czechoslovakia. He was imprisoned the following year due to the Charter 77 manifesto which was, in part, a protest of the Soviet government’s arrest of the Plastic People of the Universe. I’m not personally a fan of that band’s style of psychedelic monster rock, but unlike the Soviet government who imprisoned them, I’m not going to call it “intolerable.” 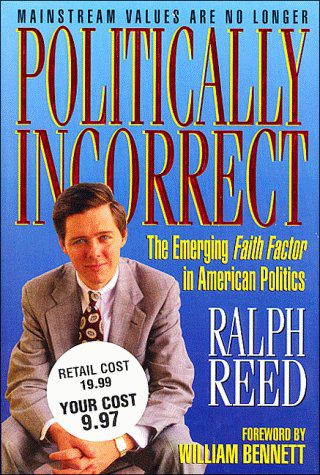