‘They are living out a horror story’

“Our civic life would improve if we all knew more about horror movies,” Adam Jortner writes at Current in “Found Footage: January 6 and the Horror Movies that Made It.”

Jortner is a religious historian, which is a description that could mean several slightly different things. In Jortner’s case — he is the “Goodwin-Philpott Eminent Scholar of Religion in the Department of History at Auburn University” (phew!) —  it means he studies history as it is shaped by religion (as opposed to studying the history of religion). He’s also worked in theater and as a script editor for Carmen Sandiego. So, interesting guy. 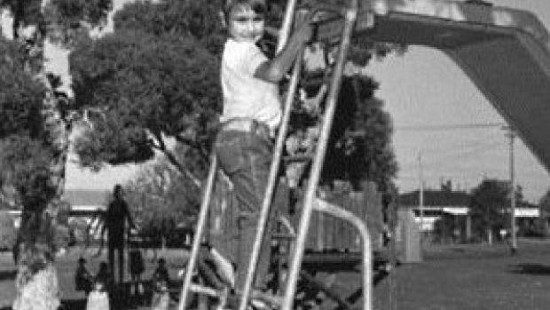 The post above seems in line with the lecture series Jortner has produced for Audible on “American Monsters,” which looks at “how monster stories change how Americans think and what Americans do, how they shape the history of our country, and what secrets about human nature these inhuman monsters can share.”

Or, as he writes in the post, “Horror films shape our fear and are shaped by our fears. … Today, fear has become the driving force in American politics. So the ideas and ideals of horror movies (and horror fiction and folklore) become required reading.”

Yep. But the richest parts of Jortner’s essay doesn’t involve horror films. They are, instead, about two creations of the internet. The first one he discusses is The Slender Man, “the world’s first crowdsourced monster.” I’m not sure that designation is accurate — I’d say every enduring monster story is crowdsourced via analog forms of the digital storytelling that created Slender Man. But the internet massively increased the speed of this collaborative, participatory creation. As he says:

In May 2009, the Slender Man did not exist; in July 2009, he was part of recorded history. The Slender Man rabbit hole is filled with a trove of manufactured documentary evidence, all of it partial, all inviting explanation. It is a mystery and an activity and a horror story all at once: the world’s first crowdsourced monster.

Jortner compares this participatory element to the logic of “found footage” horror movies: “These monster stories are interactive — you are supposed to look for clues, debate them, and scare yourself. Figuring it out is part of the story.”

QAnon is more than a conspiracy theory — it’s a horror movie. It’s the story of desperate humans fighting demonspawn to save the world. …

As long as we treat QAnon and related misinformation as “conspiracy theories,” we will keep being shocked at their disdain for truth. … Part of the reason is that QAnon believers and other armed anti-government insurrections aren’t making a reasoned political argument — they are living out a horror story. Giving them the facts is important, but not sufficient.

There is something else we must explain to the QAnons — and more importantly, to folks who might be swayed by their arguments. We need to remind them that life doesn’t have to be a horror movie. Indeed, it’s good not to be in a horror movie.

That is excellent and wise. Facts are not sufficient to those who have chosen to escape them. We must also “remind them that life doesn’t have to be a horror movie.”

Alas, though, that too is insufficient. Because they want life to be a horror movie — one that is “a mystery and an activity and a horror story all at once.” And not just an activity, but the activity that provides them with meaning and purpose and identity — an identity that seems to them preferable to any other they imagine might be available to them.

This is why I often illustrate posts on Satanic baby-killerism in all its forms with variations on Mulder’s poster from The X-Files. “I Want to Believe.”

Wanting to believe and actually believing are not the same thing. I don’t believe that most QAnon believers actually believe what they claim to believe. I’m sure some few do — some handful who, like Tom Hanks in Mazes and Monsters, have lost their grip on reality completely. But the vast majority merely want to believe, try to believe, and pretend to believe.

This is a conclusion, not an accusation. Their pretense, their at-least-partially conscious insincerity, is demonstrable. It is a thing that can be tested, measured, and objectively confirmed.

The test, again, is how they respond to the facts of the matter. Horror is horrifying and real horror is really horrifying. If you are genuinely horrified — genuinely scared and appalled — then you will genuinely be relieved to encounter evidence that the horror you claim to fear is unreal. If you are only pretending to be horrified by pretending to believe in that horror, then your response will not be relief but disappointment and anger that someone is trying to spoil the activity. It is simply not possible to be disappointed that you no longer have a reason to be genuinely horrified.

For some, this fantasy and pretense promises to liberate them from rules or morality that would otherwise restrict or indict them. As Jortner writes:

QAnon believes it is fighting a monster apocalypse—and as most zombie films tell us, in a catastrophe, all bets are off. To them, America is in a survival horror movie, and, therefore, anything goes.

The promise here is not just license to act without any moral restraint in the future, but also the promise of absolution for prior sins. The fantasy of a “monster apocalypse” is appealing because it offers the possibility of redemption without repentance, without amends, without atonement. None of that matters anymore now that the army of the dead is on the march, or the Old Ones have awakened, or the Satanic baby-killers have seized control of the world.

For others, the pretense simply provides the possibility of meaning and excitement that they have previously been unable to find or to create in their lives. They’re likely to cling to that pretense and to continue “living out a horror story” unless or until we can offer them something better.

June 30, 2021 Re-runs, re-treads, and golden oldies
Recent Comments
0 | Leave a Comment
"In the supernatural defense system, the people are protected by two separate but equally important ..."
Amtep How come I can’t see you ..."
"..........they don't even inject it where the bible said it would be."
Brandon Roberts Tim LaHaye and white evangelical anti-vaxxer ..."
"in today's very gender-conscious society, I find it hard to imagine a translator who doesn't ..."
bobnelsonfr How come I can’t see you ..."
"It's a storyteller game, but I feel that Heroquest: No, Not That One checks so ..."
Turcano How come I can’t see you ..."
Browse Our Archives
get the latest updates from
slacktivist
and the Patheos
Progressive Christian
Channel
POPULAR AT PATHEOS Progressive Christian
1