This bit again? A week of re-runs continues

The forecast for the Jersey shore predicts a week of rain, with a little thundercloud icon for every day of our trip. But we’re still going.

In my absence today, I’ll leave you with a link to the sequel to the previous re-run, cleverly titled “False Witnesses 2.” (If you’re going to re-run Part 1 of a two-parter, you have to re-run Part 2 next. I wish more TV networks understood that.)

This post attempts to make a moral argument based on the 1986 Rodney Dangerfield comedy Back to School. It’s also where I first told the story of my first encounter with the Anti-Kitten-Burning Coalition.

Here’s a taste from another part of that post:

While the P&G rumor can’t really be considered a horror story, it is clearly about horror or, at least, about fear. Consider, for example, the variation of the rumor that Snopes provides on their page debunking it. Try to count all the things the author of this particular lie is afraid of:

The President of Procter & gamble appeared on the Phil Donahue Show on March 1, 1994. He announced that due to the openness of our society, he was coming out of the closet about his association with the church of Satan. He stated that a large portion of his profits from Procter & Gamble Products goes to support this satanic church. When asked by Donahue if stating this on t.v. would hurt his business, he replied, “THERE ARE NOT ENOUGH CHRISTIANS IN THE UNITED STATES TO MAKE A DIFFERENCE.”

That’s as pure a distillation as you will ever find of the nightmares and bogeymen that terrify the religious right, complete with the attempt to justify those fears because those people are really Satan-worshipping baby-killers. 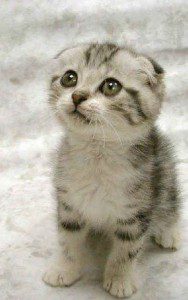 Perhaps the deepest fear lurking in that e-mail has to do with the persecution complex of American evangelicals we’ve often discussed here before. The fear here is not that Christians in America might face persecution, but rather the fear of what it might mean that they don’t. The supposed effort to prove that there are ENOUGH CHRISTIANS … TO MAKE A DIFFERENCE is an expression of the fear — or the recognition — that the people sending and resending this e-mail are not CHRISTIAN ENOUGH TO MAKE A DIFFERENCE. They’re shouting because they’re frightened — truly frightened of the truth about themselves, which is always far more frightening than any fear of what might be lurking outside ourselves in the dark.