So it’s 2022 and this here blog started out 20 years ago in 2002. In celebration of all those twos and zeroes — and as a way of ensuring more frequent threads — we’ll be posting On This Day flashbacks throughout the year.

“Wait, who did Cain marry?”

If you grew up in church, then at some point you asked that question. 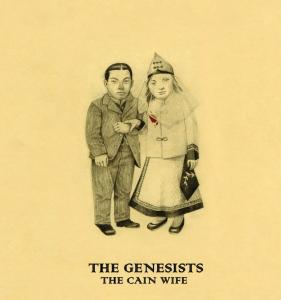 Maybe you were a devout, earnest young person. You were on fire for God and you were praying that God would just, Lord, just draw you closer to Him, Lord, and just, Lord, just show you His will for your life. You were all in, and when your youth minister challenged you to read through the entire Bible in a year you set out to do it.

Or maybe you were a smart-aleck lobbing spitballs and commentary from the back row in Sunday school.

Or maybe you were just an anxious kid, reflexively second-guessing your teachers the same way you constantly second-guessed yourself.

Or maybe all of those at the same time.

But at some point you ran into this passage and realized you just couldn’t make it fit with what you’d been taught about everything that came before it.

But then the nuclear family that makes up the only humans this story will “literally” allow is suddenly surrounded by a host of strangers, foreigners, Nod-ites, potential spouses and a previously unmentioned cast of thousands.

What’s up with that? Where did all these people come from? Where did Cain find this wife of his?

It’s possible, but unlikely, that you asked that question as a young person in church and that you were given a responsible answer. Maybe someone discussed the difference between this kind of theological origin story in Genesis and the kind of story meant to convey the actual events of history. Maybe they discussed how these origin stories were originally stories for Israel.

But probably not. What you were probably told,rather, was an odd babble of legends, half-remembered allusions to other legends, and improvised-on-the-spot ideas that your Sunday school teacher was just as surprised as you to hear coming out of his mouth. You were probably given an “explanation” that involved Cain marrying some previously unmentioned sister — followed by some reassurance that this would have been perfectly fine due to some mumbled rehash of a pulpit myth mangling both genetics and Mosaic law. And all the foreigners and strangers Cain was afraid of — “anyone who meets me may kill me” — were all just more of Cain’s otherwise unmentioned and unnamed brothers and sisters.

In other words, your question, “Wait, who did Cain marry?” didn’t really receive an answer so much as a string of words that threatened to continue flowing until you yielded and agreed not to press the point any further.

January 9, 2022 Jan. 9 Flashback: Rules, rules, rules
Recent Comments
0 | Leave a Comment
"Saw the She-Hulk trailer. What, no John Byrne fourth-wall demolition? “Watch this movie or I’ll ..."
Carstonio May 18 Flashback: Superstition ain’t the ..."
"Probably the WW2 victory medal."
Hawker40 May 16 Flashback: Extramarital sects
"Not Bad as a cartoon, but since he was selling his own line of NFTs ..."
Skybison May 17 Flashback: Preacher teacher
"Reminds me of conservative critics of Trump who were more bothered by his choice of ..."
Carstonio May 18 Flashback: Superstition ain’t the ..."
Browse Our Archives
Related posts from slacktivist