Jan. 14 Flashback: You are not a neurotic gerbil

And in the 20th year of the blog, the Slacktivist looked upon all that he had posted, and saw that some of it was, you know, pretty OK. 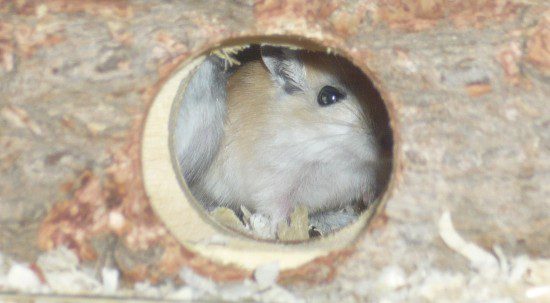 The core of Palin’s campaign was an appeal to fear. Her supporters found this appeal appealing because they were afraid. But I don’t think that they started out afraid of the same things that Palin wanted them to be afraid of — immigrants and gays and commies and black people and Islamofascists and baby-killers. I think they started out with more reasonable fears of things that really threatened their lives and livelihoods. It makes sense to be afraid if your life lacks security — if you’re one paycheck or one illness away from losing your home, if the rules aren’t clear and they’re constantly changing and seem to be stacked against you, if you’re barely treading water and you’re not sure how much longer you can keep it up. Faced with that kind of insecurity, that kind of exposure to chance and risk and catastrophe, it makes sense to long for cover. Palin offered her supporters the illusion of cover — like the fake tunnel that reassures the neurotic gerbil. That offer was attractive, but it ultimately doesn’t help them. It can’t really make them unafraid.

More essentially, the core audience at Palin’s rallies seemed to be made up of people who had come to regard themselves as a prey species of animal. These are people, that is to say, who have come to feel that they are not in charge of their own lives or their own fates — that they’re acted on more than they are free to act.
That suggests two strategies for reaching out to them and helping them. First, per Dr. Grandin, we have to find ways to make them feel more secure and less exposed. We need to respond to the fear they’re exhibiting by providing cover, providing shelter. That’s the prescription for a prey species of animal. But of course these people are not a prey species of animal, not really, and thus we have the second, necessary strategy for reaching out to these folks: Convincing them that they’re not at the bottom of the food chain. To fully convince them of that requires us to ensure that no one is treated as prey. That means restraining would-be predators and offering everyone substantial protections and not just fake tunnels or the sham security of scapegoating.

Building a society in which no one is treated as prey is a noble goal, but not an easy one. The good news here, as the Obama campaign illustrated, is that we humans also have this core emotion of seeking. We want to be called to work for noble goals, especially when they’re not easily achieved.

January 13, 2022
Pope Francis and the Anti-Kitten-Burning Coalition
Next Post