It’s not widely discussed. Those who have witnessed it firsthand are, for obvious reasons, reluctant to talk about it. You’ll never see them publicly recounting their tales in front of the cameras and the microphones. These aren’t stories they are eager to tell. 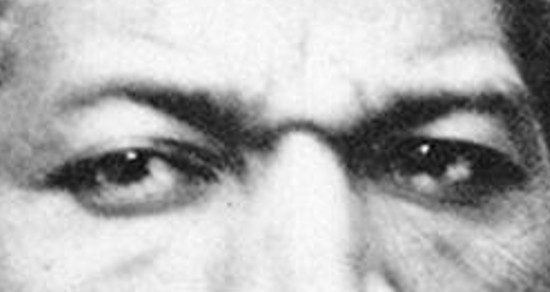 Something is happening. Something, it seems, happens every Friday the 13th, just before midnight.

The stories begin right around the turn of the 20th century, with the earliest reference I can find coming from August of 1897.

Capt. B.F. Auld of the Baltimore Police Department received a strange and surprising invitation to dinner at the home of Supreme Court Justice Henry Billings Brown. The two men had never met, and Capt. Auld never fully understood the reason for the invitation, but after what he described as their “distressing” conversation, he guessed it was because he had, two years earlier, been present at the funeral of Frederick Douglass.

“You saw him, then?” the justice asked him, with what Auld described as a “fearful” look. “And you are certain, without doubt, that he is, indeed, dead? You are certain?”

Auld never learned what prompted this feverish interrogation, and after firmly assuring Brown of all that he had seen at the great man’s funeral, the justice abruptly dropped the subject and the captain finished his meal in silence.

From later stories we can, I think, guess with some confidence what really lay behind that curious interview.

Consider, for example, the odd tale Charlie Chaplin told photographer Richard Avedon. The great genius (Chaplin), recalled a party at which a drunken D.W. Griffith had held him spellbound with his account of a terrifying “nightmare” he’d had in January of 1917. “‘I hear the mournful wail of millions,’ he told me,” Griffith had said, becoming manic and shaking visibly. “And he made me hear them too!” The next day, Chaplin said, the famed director told him it was just a clumsy, drunken jest, and begged him never to mention it again.

The details of Chaplin’s anecdote echo in another story told by the late Rep. Philip Campbell. As chairman of the House Committee on Rules, Campbell conducted hearings in October of 1921 on the violence of the revived Ku Klux Klan. The terror group’s leader, “Col.” Joe Simmons, was called before Congress. You can read accounts of his testimony, but most of those accounts neglect to mention that he also met with Campbell privately following those hearings and told the congressman of a disturbing “vision” he’d had two months before. Simmons’ vision was remarkably similar to Griffith’s nightmare — including even that exact phrase, “the mournful wail of millions.”

But Simmons was certain it had been more than a bad dream. “He was there,” he told Campbell, “Physically there beside my bed.”

What I’ve pieced together from all these stories sounds unbelievable, and I certainly cannot prove any of it. But there are more things in heaven and earth than I can prove.

All I can tell you is what I believe. And what I believe is this: Somewhere in America, just before midnight on every Friday the 13th, the ghost of Frederick Douglass appears at the bedside of some racist wretch.

I went way overboard on the research for this odd attempt at creating an urban legend. For example, B.F. Auld, son of Thomas, really did become a Baltimore police captain and really did attend the funeral of the man his father had enslaved.

I’m not sure the Friday the 13th bit ever quite made sense. That was a nod to Dickens, in a way, my attempt to attach this story to the calendar the way that his story of ghostly intervention offering the possibility of redemption has become an annual tradition. I think that didn’t work because while a Friday the 13th may be a twice-a-year occurrence that we half-heartedly notice, it’s not Christmas — not a season unto itself that requires anticipation and participation. Maybe should’ve gone with the 4th of July instead.

In any case, I’ve now spent 10 years promoting the conceit that this story is 125 years old, and even if it never catches on as an unstrained legend capable of carrying and spreading itself, I’ll probably keep nudging it along. Because, as I said in the introduction to that 2012 post, if any ghost story were true, this one would have to be.

April 3, 2022
Tell me 'bout the damage you left behind
Next Post