As longtime readers of this blog well know, I have a strong interest in and/or obsession with the ancient, pervasive motif of Satanic baby-killers.

In Western cultures, this is the superlative epitome of evil. The ultimate Bad Thing imaginable is the killing of sweet, innocent babies, and this is said to be done for the very worst imaginable reason — in service of, and devotion to, Satan. The Satanic baby-killers are thus always with us, as they have been since the medieval blood libel, and even long before that. Satanic baby-killing is the ultimate crime — the worst of the accusations leveled against every alleged witch in every witch-hunt of the past 2,000 years. Allegations of Satanic baby-killing have long been an indispensable tool for every propagandist who ever sought to drum up a war by embellishing the atrocities of the enemy.

Satanic baby-killer is the ultimate demonic identity ascribed to any group we wish to demonize in the most extreme way possible. Demonization starts in many ways and many places, but this is where it always eventually winds up. This also means, of course, that Satanic baby-killers are the ultimate, superlative foil for anyone seeking maximum contrast to make their own moral standing appear more favorable.

All of which I find fascinating — partly because of what the recurring use of this motif tells us about human nature, and partly because this motif has directly affected my own life due to the way it has utterly reshaped my religious tradition and the politics of my native country over the course of the past 30 years.

That’s why several years ago, back when Google Reader was still an option, I set up an RSS subscription for a Google News Alert for the word “Satanic.” This has served me well by keeping me up to speed on the latest witches and enemies and such being accused of being Satanic baby-killers. But it’s also led me to read hundreds of other articles simply because they popped into my RSS reader due to their containing the word “Satanic.” 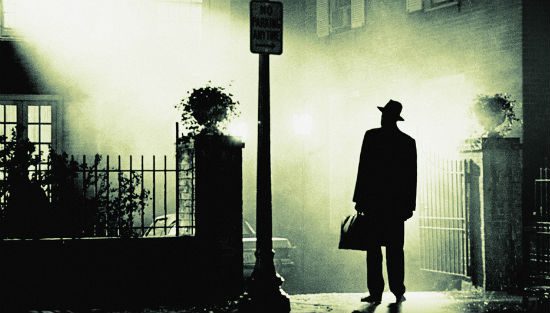 Here, then, are several Things I Have Learned Due to My Google News Alert for the Word ‘Satanic’:

• Every year, dozens of filmmakers try to recapture the magic that made The Exorcist so unsettling. Most fail.

• The political performance art of the Satanic Temple is both hilarious and pointedly effective. They’re defending the First Amendment the way that we Baptists are supposed to.

• Adolescent legend tripping is happening all the time, every day, somewhere in the English-speaking world.

• Adults who should know better are freaking out and over-reacting to adolescent legend tripping all the time, every day, somewhere in the English-speaking world.

• Adolescents long-ago figured that out, and have mastered the button-pushing art of causing adults who should know better to freak out.

• Click-baiting aggregating sites are fond of the superlative extreme the word “satanic” supplies.

• Politicians in countries all over the world like to denounce their political opponents as “satanic.”

• Rob Zombie is something of a Renaissance man.

• People are capable of doing awful violence to one another, and the perpetrators of this violence sometimes portray themselves as “satanic” by employing a variety of symbols borrowed from pop culture and folklore. Those symbols aren’t what make these people satanic.

• Salman Rushdie is in the news more than you might think.

• Charisma magazine is really, really weird. No — you’re nodding your head, but you’re still not appreciating how full-gonzo, beyond-the-fringe gibbering loony it is. Keep going. Keep going. Closer, but still, it’s weirder than that.

• Churches and cemeteries get vandalized a lot, and most of those vandals stick to the script. The inchoate rebellion of their vandalism mixed with their obedient, unimaginative fidelity to that script is deeply sad.

• The exposure and disgrace of Mike Warnke cleared a path for many, many others seeking to follow the trail he blazed.

April 28, 2022
Your purple prose just gives you away
Next Post