May 10 Flashback: Let’s do the Time Warp again

Rod Dreher is a “social conservative” and a devout Christian whose faith is marked by the kind of piety that says, “Yes, of course I’d be happy to write for Pat Buchanan’s magazine. I have no qualms about doing so.”

Dreher is best known for popularizing the so-called “Benedict Option” — the idea that, having lost the “culture wars,” conservatives should withdraw and insulate to preserve their values. Just like Pat Buchanan was forced to do after getting kicked off most cable news shows for being such a belligerently racist and misogynist jerk. The most important thing to understand about the Benedict Option is this: Rod Dreher read McIntyre’s After Virtue. The whole book, all the way through, by himself, and not just the Cliff Notes in First Things. And it is very, very important to him that you know this and acknowledge it.

What else does the “Benedict Option” involve? Well, apparently it also includes spreading malicious lies, gossip, and slander. Dreher’s column Friday passes on a ridiculous story that doesn’t pass the sniff test. It’s an urban legend — or, rather, a suburban legend (“This was in the far north suburbs. This was not at the fringes. It’s in a town that’s home to three of the biggest churches in Texas!”) — he relates second-hand from “an old friend in North Texas.”

The story is not true. The story is flagrantly and extravagantly not true. It involves a swarm of “men in their early 30s who were obviously transgendered” harassing women and children in line at a suburban Texas movie theater where Dreher’s friend — a conservative “tough Texas chick” and apparent expert on visual gender identification — was taking her son to see Captain America: Civil War. More “transgenders” arrive, then still more, cutting in line and bullying everyone around them with crude language and sex talk to aggressively show everyone in Texas that roving transgender gangs are now in charge of law and culture and daily life in Texas. 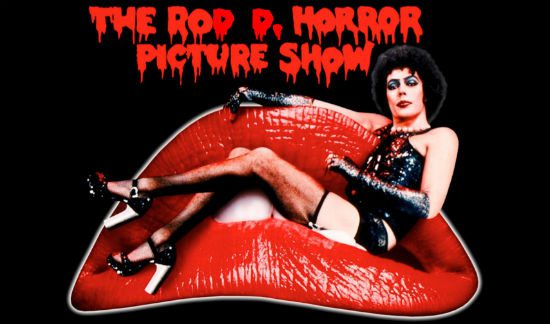 And it’s all utter bullshit. None of this happened. The Bad Jackie of the tough Texas suburbs — if any such person really exists — is making stuff up. And she’s so focused on making her story shocking that she forgot to make any of it plausible. None of this would be believable even if she’d made this a story about taking her son to a midnight showing of Rocky Horror in Provincetown.

So is the devout and pious Mr. Dreher lying? Or is he just credulously passing along an obvious lie without feeling any compunction to examine this false witness against his neighbors first?

What is interesting is that Rod Dreher wants this story to be true. He presents this fantasy as a nightmare, as a horror show that he condemns, but none of that purported revulsion quite manages to cover up his desperate longing to have stories like this be real. If one shows him otherwise — proves that the monster under the bed does not exist, he would not find that reassuring, but upsetting. It would make him sad, and angry, and disappointed.

That, I think, is the main reason that he couldn’t bring himself to treat this story more skeptically, to ask any of the obvious questions about its implausibilities, or to attempt to verify it in any way. He was afraid to verify the story because he feared it wouldn’t withstand such scrutiny and that would be a horrible disappointment. That would put the whole fantasy in jeopardy and he couldn’t bear that. It would steal away from him all the delight and delicious indignation he derives from pretending that stories like this are true. This is the “determination to cling to the first story for the sheer pleasure of thinking your enemies are as bad as possible” that C.S. Lewis impotently warned Christians about.

The current trans-panic, like the earlier Satanic panic it imitates, isn’t mainly a matter of misinformation that misleads the credulous. It’s a fantasy that its proponents want and desire to be true despite, on some fundamental level, already knowing that it’s not. They need it to be true because it provides the basis for their identity as the special people, the extraordinarily virtuous, the heroes and champions of righteousness. Take away the fantasy story and what does that make them? They can’t bear to think about that. And so they won’t.

And that, I am afraid, is “the first step in a process which, if followed to the end, will make us into devils.”