It’s from the year I was born, in something called the “Minority Report of the Papal Commission for the Study of Problems of the Family, Population, and Birth Rate.”:

The Church cannot change her answer. … Whatever may pertain to a more perfect formulation of the teaching or its possible genuine development, the teaching itself cannot be substantially true. It is true because the Catholic Church, instituted by Christ to show men a secure way to eternal life, could not have so wrongly erred during all those centuries of its history. The Church cannot substantially err in teaching doctrine which is most serious in its import for faith and morals, throughout all centuries or even one century, if it has been constantly and forcefully proposed as necessarily to be followed in order to obtain eternal salvation. The Church could not have erred through so many centuries, even though one century, by imposing under serious obligation very grave burdens in the name of Jesus Christ, if Jesus Christ did not actually impose those burdens. The Catholic Church could not have furnished in the name of Jesus Christ to so many of the faithful everywhere in the world, throughout so many centuries, the occasion for formal sin and spiritual ruin, because of a false doctrine promulgated in the name of Jesus Christ.

If the Church could err in such a way, the authority of the ordinary magisterium in moral matters would be thrown into question. The faithful could not put their trust in the magisterium’s presentation of moral teaching, especially in sexual matters.

The pomp and piety of the language above comes from a specific context — Catholic bishops, 1968, birth control — but the perverse, stupefying logic of it can be found in myriad contexts. It’s what people with power think and say and do whenever they realize they’ve been Very Very Wrong and they’re afraid that admitting that will undermine their authority and lessen their power.

Think of the Southern Baptist Convention’s reflexive covering-up of pervasive abuse by its clergy. Or the white- and Christian-nationalist Reformed trustees of Grove City College doubling down on its Neo-Confederate fantasies. Or the gun-worshippers’ flailing denial in response to near-constant mass shootings. 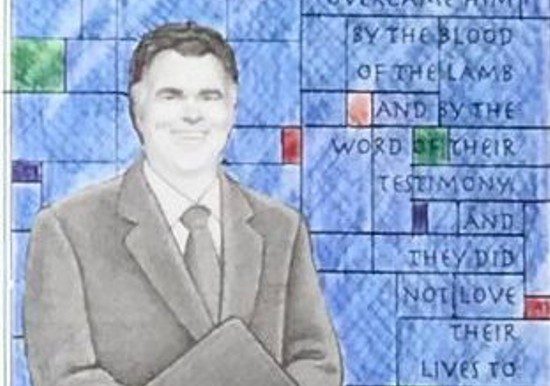 Notice the total lack of any substantive argument in the passage above. The sole focus there is the effect that it might have if past error were ever acknowledged. And thus past errors can never be corrected, only repeated, reinforced, and reified. Forever.

Note the way this doubling down on the Very, Very Wrong thing changes the nature of it. Prior to such doubling down it may be simple error — a mistake or misstep. Oops, we got that one wrong because we didn’t know any better. We hadn’t realized. But this stiff-necked doubling down can only occur after one does realize and one does know better. It’s deliberate and, thereafter, malicious.

That malice inevitably gets channeled at the victims — at those whose very existence proves the error was in error. Their existence becomes intolerable and so they must be denied, derided, and attacked.

We’ve had 54 years in which to observe the effect of this in the specific context of the excerpt quoted above as TSTIHER. The bishops’ “minority report” over-ruled the finding by the vast majority of Catholic theologians and the overwhelming wisdom of the laity, reasserting the misguided teaching on birth control as dogma solely on the basis that doing so was necessary to preserve “the authority of the ordinary magisterium in moral matters” and lay people’s “trust in the magisterium’s presentation of moral teaching, especially in sexual matters.” That did not happen. It didn’t work. Doubling down on the error has made the magisterium less trustworthy and less trusted than before.

Choosing to be foolish does not mean that everyone else is making the same choice.

June 11, 2022 6/11 Flashback: Unfair is unkind
Recent Comments
0 | Leave a Comment
"The Yule Cathttps://uploads.disquscdn.c..."
Matri 12/3 Flashback: Ever ever on
"I'm reminded of 3rd edition, where it was possible to add a template to any ..."
Hawker40 12/1 Flashback: Cizik culture
"At my magic store, all items are cursed. If you want the curse removed, you ..."
Hawker40 11/30 Flashback: Victims
"Much obliged."
Dane 12/2 Flashback: Ideomotor
Browse Our Archives
Related posts from slacktivist