What does it mean to be “religious”? Not in the generic sense, “spirituality” for example, but a religion that God accepts. I’m always taken back be the fact the genuine Christianity cannot conform to a religious “system”. Only through loving action can one call themselves religious. By way of James 1:27,

Religion that God our Father accepts as pure and faultless is this: to look after orphans and widows in their distress and keep keep oneself from being polluted by the world.

Immediately, some related verses come to mind, Matthew 25:40, “Truly I tell you, what you did for one of the least of these brothers and sisters of mine, you did for me.” Add to that Romans 12:2, “Do not conform to the pattern of this world, but be transformed by the renewing of your mind.” The renewing of the mind is focussing on things eternal (2 Corinthians 4:18) on faith, hope, and love – interestingly the greatest is love (1 Corinthians 13). Religion without love is dead (James 2). Even further, without love we are nothing (1 Corinthians 13). The only religion acceptable to God is a living one; love in action, all culminating to the greatest commandment: loving God with all our heart, mind, and soul and loving our neighbor as ourselves (Matthew 22:36-40). And so all of the law is reduced (or perhaps infinitely increased) to love. Christianity is sincere love, others above ourselves, specifically the least of these.

I’m not entirely sure when/how the topic of human trafficking continued to press itself on my mind. I’d certainly heard about the topic more and more in my adulthood, my wife played a large part in educating me on the severity of the issue as I ultimately envisioned it was a much smaller problem than it is. The reality of this evil is harrowing. In 2014, the International Labor Organization estimated that 21 million people globally were victims of forced labor, 68% of these were victims of labor exploitation, 22% were victims of sexual exploitation, and 10% were victims of state imposed forced labor. A staggering realization, not only forced slavery, but sexual exploitation, many of which are minors. It’s difficult to put a number to the US incidence, but the Polaris Project estimates it in the hundreds of thousands when combining both adults and minors and labor and sex trafficking.

Slavery has a dark past, so I thought, but make no mistake, slavery is alive and well, both in our nation and around the globe. I can’t imagine the haunting feeling of losing my freedom. I vividly recall the nauseating feeling of the biographic portrayal of Solomon Northup in 12 Years a Slave, his memoir turned film, which captured the Best Picture at the 2014 Academy Awards. The brutality in the film is haunting, but even more so is Solomon’s realization that he’s lost his freedom. A free man kidnapped and forced into slavery, the film captures a speck of what one can only imagine the loss of one’s humanity.

I’m encouraged that awareness grows on the issue, globally and nationally. Just recently, the House passed a bill called the Frederick Douglass Trafficking Victims Prevention and Protection Reauthorization Act, which allocates $520 million over four years towards trafficking prevention and victim aid. At the same time, such awareness and mobilization must be kept in check to the gravity of this evil, as the International Labor Organization estimates forced labor as a $ 150 billion dollar industry, $99 billion of that sexual slavery, $51 billion of that economic slavery.

The slavery of our history books is very much present, just with a different face. With this strain of evil, we’ve only just begun the intervention. And much like the slavery of the past, a $150 billion dollar industry will not go quietly into the goodnight. Like the past, an epic, global, legal, and grassroots endeavor is the call. And like the giants before us, we must carry on their dream and, in Martin Luther King Junior’s words, “not be satisfied until justice rolls down like waters and righteousness like a mighty stream.” Even more, in the words and actions of The Teacher, “what you did for one of the least of these brothers and sisters of mine, you did for me.” With our hands, hearts, minds, wallets, and votes; the time has come to take this face of slavery, with loving action. True religion demands nothing less. 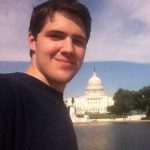 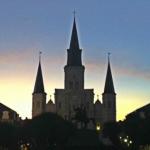