Metaphysics and Religion in James 1

In my reading, I was reminded again how profound James 1 is with some timeless metaphysical and religious themes. The nature of God, the problem of evil, free will, and true religion; look no further.

I. Metaphysics (The nature of God, problem of evil, free will)

A key topic in philosophical theology, the logical problem of evil asks how it is possible that God and evil both exist. It becomes apparent fairly quick that the definition of “God” and “evil” are both key underlying assumptions in the question, before one can critically assess their interplay. It may be tempting to consider because evil exists or that we have evil desires, God must be imperfect or that “God is tempting me” (James 1:13). In James, we find an epic clarification of both God’s nature and our own free will. God is the Being and Goodness Itself – without God, there is no being, truth, or goodness. In James’ words,”every good and perfect gift is from above” (James 1:17) and “He chose to give us birth through the word of truth” (James 1:18). God is what Aquinas labeled Pure Act, Being and Goodness Itself, and absolute perfection – God “does not change like shifting shadows” (James 1:17). God is the great I AM (Exodus 3:14), He “cannot be tempted by evil, nor does He tempt anyone” (James 1:13). We, however, unlike God (Pure Act and Being Itself) are contingent beings existing in between a state of potential and act; we are imperfect and “each person is tempted when they are dragged away by their own evil desire and enticed” (James 1:14).

From Biblical authors to philosophical theologians of the modern day, we have what I see as a classical response to the problem of evil, what Christian philosopher Alvin Plantinga labels “The Free Will Defense”. In Plantinga’s words,

“Now God can create free creatures, but He can’t cause or determine them to do only what is right. For if He does so, then they aren’t significantly free after all; they do not do what is right freely. To create creatures capable of moral good, therefore, He must create creatures capable of moral evil; and He can’t give these creatures the freedom to perform evil and at the same time prevent them from doing so. As it turned out, sadly enough, some of the free creatures God created went wrong in the exercise of their freedom; this is the source of moral evil. The fact that free creatures sometimes go wrong, however, counts neither against God’s omnipotence nor against His goodness; for He could have forestalled the occurrence of moral evil only by removing the possibility of moral good.” [1]

God, freedom, and evil are now more clearly defined, but I believe there’s another important and subtle theme at play here; specifically the idea that evil is not “a thing”, but a rather a deficiency or  “privation”. Again, from Biblical authors to Augustine and Aquinas to philosophers and theologians of the modern day, we have a critical concept posed: evil is not an existent, but an absence of. In Augustine’s words, “evil has no positive nature; but the loss of good has received the name evil” [2]. William Lane Craig expands,

Goodness, Being, and Truth have actual existence ontologically – in God. God is Pure Act, Being Goodness Itself, without God there could be no being or goodness. Evil is not created, but an absence of goodness, freely chosen. The problem of evil has a very interesting ontological consequence – the “how is it possible that there is evil?” question can be posed differently: “how is it possible that there is actual goodness?” Not goodness and truth in preference, but an actual ontological reality. In this comes the realization that the “problem of evil” and “problem of goodness” are ultimately the same. In CS Lewis’ words,

“My argument against God was that the universe seemed so cruel and unjust. But how had I got this idea of just and unjust? A man does not call a line crooked unless he has some idea of a straight line. What was I comparing this universe with when I called it unjust?” [4]

For atheologians, they’ll most likely be unimpressed by these arguments. Their specific metaphysics of being is ultimately their axe to grind – how being, free will, and goodness (in any meaningful sense) is even possible in the first place. But for theologians philosophically inclined, it becomes apparent how the deep these metaphysical lines go – that the “problem of evil” is ultimately a fundamental question about being – God’s nature (Being and Goodness Itself), our nature (continent beings), free will (evil as a privation), and goodness (moral ontology).

Metaphysics and philosophy of religion can seem sterile sometimes. Philosophical arguments for God’s existence are intellectually moving (at least to me), but how does philosophical theology come alive? What does a sincere faith look like? Staying in James 1, we come upon verse 27: “Religion that God our Father accepts as pure and faultless is this: to look after orphans and widows in their distress and keep keep oneself from being polluted by the world.”

Only through loving action is one participating in discipleship. Stated later in James 2, faith without loving action (“deeds”) is dead. In James 1, we dive deep into some very deep philosophical theology, then come upon the true religion and a restatement of the Greatest Commandment:loving God with all our heart, mind, and soul and loving our neighbor as ourselves (Matthew 22:36-40).

Christianity is sincere love, others above ourselves, specifically the least of these. The only religion acceptable to God is a living one; love in action. To this; our ultimate prayer and measure. To this, the heart of our Christian faith. For deep metaphysics and true religion, I’ll always come back to James 1. 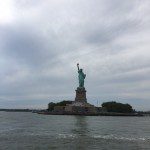 August 6, 2017
On True Religion and Ending Modern Slavery
Next Post 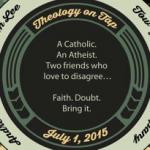